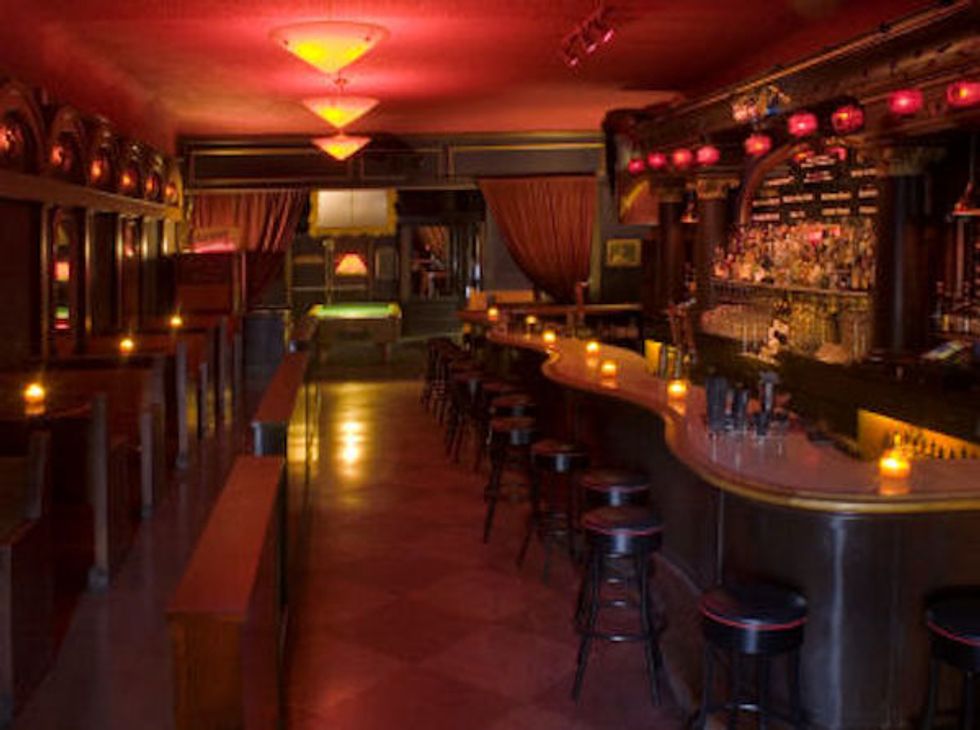 San Franciscans gave a collective and anguished groan last week when it was announced that the Elbo Room would likely be closing and its building torn down to make way for more condos. Well, any San Franciscan worth a damn that is. Petitions were started and plans were being made to protest. The pitchforks and torches were gathered. It seemed as if San Franciscans had reached a breaking point, or rather, yet another breaking point in a series of heartbreaks and tragedies that have seemed to pile up like snow during a polar vortex. We don’t have polar vortexes in San Francisco, but we’re in the midst of a cultural one, and it’s far more damaging than snow. This perfect storm of too much money, too much greed, too much arrogance, and not enough housing is tearing apart much of what’s made this city so special. And losing the Elbo Room, to make room for fucking condos, would be like finding a giant tumor on a beautiful body. It would be a malignant sore signifying San Francisco’s sickness.

Luckily the news proved untrue. The owners of the building had just been preliminarily looking into the idea of replacing it, and it appears that the Elbo Room won’t be closing anytime soon. The pitchforks and torches were put away, the petitions were rescinded. But fuck man, we were all on edge.

The space that houses the Elbo Room has had a wonderfully San Franciscan history. Since opening as a bar in 1935 it’s been a Spanish restaurant, a country-western bar, and most importantly, Amelia’s, one of the US’s first lesbian bars. It’s been the Elbo Room since around 1991, and the joint honors its past each year during Pride by replacing its sign with one from Amelia’s. I mean, how cool is that?

Drinking and dancing and sweating through your clothes at the Elbo room is a quintessential experience for anyone who lives in San Francisco. The downstairs bar is dark and sexy; attractive people mingle in booths while flirting happens over pool games in the back and pinball in the side room. The upstairs venue features some of the best acts that come through the Bay, as well as some of The City’s longest running weekly parties like Afrolicious’s Thursday night residency and Sunday’s Dub Mission reggae party. The Elbo Room also boasts San Francisco’s longest happy hour, it runs from 5-9pm, everyday. Those are all reasons to go there, but more often than not, you just kinda end up at the Elbo Room and have a wonderful night thinking to yourself, good things happen to good people.

A few years ago I was at the Elbo Room for the release of Richie Cunning’s Night Train album. It’s a perfect album and one of the best hip-hop records to ever come out of San Francisco. On stage Richie did a song from his Late Night Special mix tape called “Gobstopper (Remix).” The changes that have been so drastic as of late were really just starting to show their heads then, and Richie spit, “Yo fuck that/fuck the mayor/fuck the zoning committee. You got that shit ass backwards/you belong to The City.” None of us could see it then, but Richie was almost prophetic. Looking back, there’s a certain irony to it. Other lyrics in the song talk about places he loves being torn down and replaced by “million dollar skyscrapers”. Standing on that stage in the Elbo Room in 2010 it’s almost like he knew what threats would be circulating in that exact same space four years later. Of course that’s not really possible, but Richie did get this part right: the ones who are ruining San Francisco think The City belongs to them. Those of us who know better realize we belong to San Francisco.