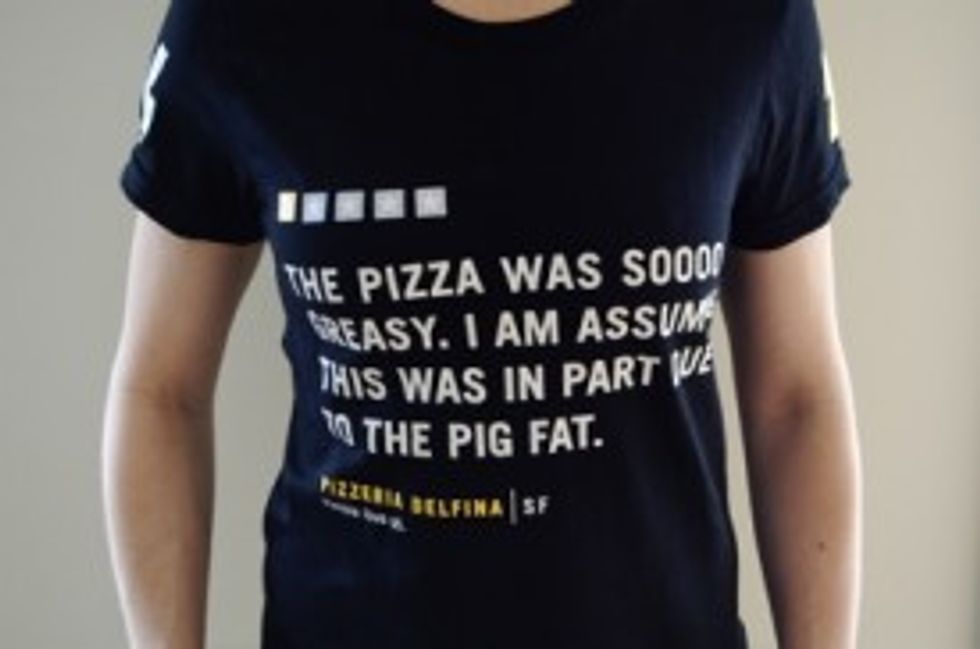 Pizzeria Delfina might defiantly blast their punk music, but their punkest idea yet is their staff t-shirts, which had somehow bypassed me until I ran into Anne Stoll (co-owner and wife of chef Craig Stoll) the other day. We got talking, then gossiping, then bitching and lo and behold, the topic of Yelp came up. Yelp's been making some juicy headlines (see Jeremy "Big Papa" Stoppelman respond here).

Delfina is taking back the night, so to speak. Instead of simply bitching about Yelp, they've made Yelp their bitch and taken quotes from one-star reviews posted on Yelp about the pizzeria and made them into T-shirts for their staff to wear. (They also have one that simply says, "This place sucks," a quote from yet another typically eloquent and insightful Yelp review.) The Yelp mentality? I have my thoughts on it. But let the t-shirt speak for itself.

Following are some of 7x7's better one-star reviews on Yelp.

1. "This magazine is whiter than my ass cheeks in January!"

3. "Nice bathroom material... Though it chafes if you don't work the paper in fully."

Which one should we pair up with American Apparel?