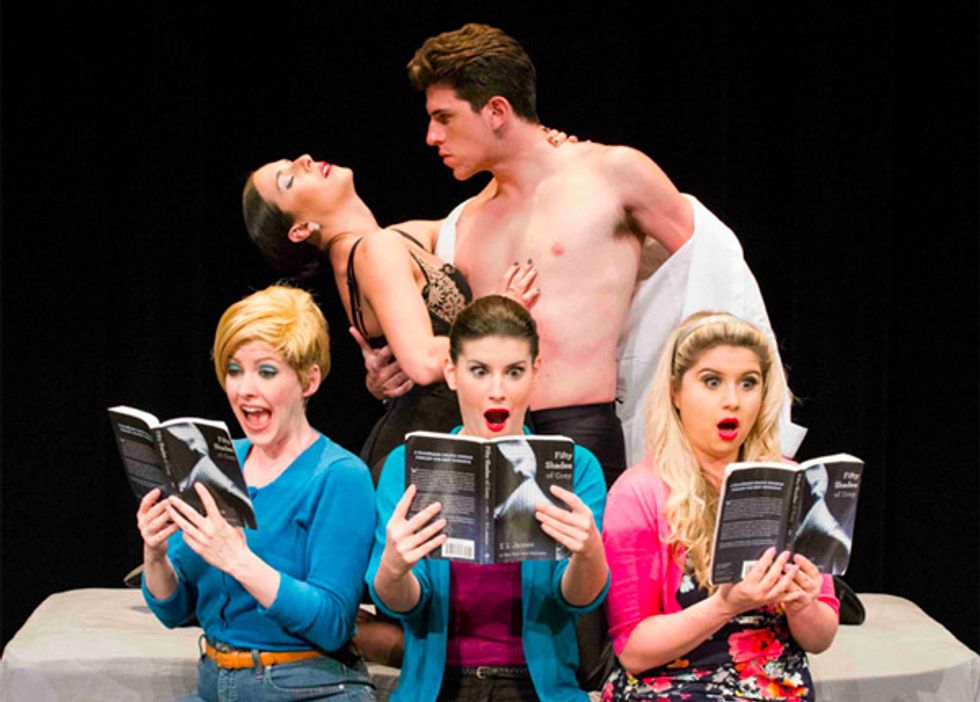 Theater Preview: 'No Man's Land' and '50 Shades! The Musical'

First up, 50 Shades! The Musical comes to the Marines' Memorial Theater (via SHN), opening on July 23. With a live, on-stage band, the new parody musical features a ladies' book club that embarks on an eye-opening "roller coaster ride" of song and dance based on the bestselling novel 50 Shades of Grey–but, of course, not officially associated with the book, which is getting turned into a movie any minute now. Get tickets here.

Then, on August 3, the Bay Area will get a rare opportunity to see a pre-Broadway tryout of a play featuring some heavy-hitting stars: Patrick Stewart, Sir Ian McKellan, Billy Crudup, and Broadway vet Shuler Hensley. The play is Harold Pinter's No Man's Land, which originally premiered in 1975 and was revived in London in 2008. Directed by Sean Mathias, this production will be heading to Broadway this fall where it will play in repertory with Waiting for Godot, but for the month of August the cast will be stretching its legs at Berkeley Rep. Tickets for this limited engagement are available to Berkeley Rep subscribers only right now, so this may be a good time to check out the upcoming season and get yourself a subscription. (We should note that the first production of the regular season is an ultra-speedy Broadway import, Vanya and Sonia and Masha and Spike, which is still running on Broadway and which just won the Tony for Best Play.)