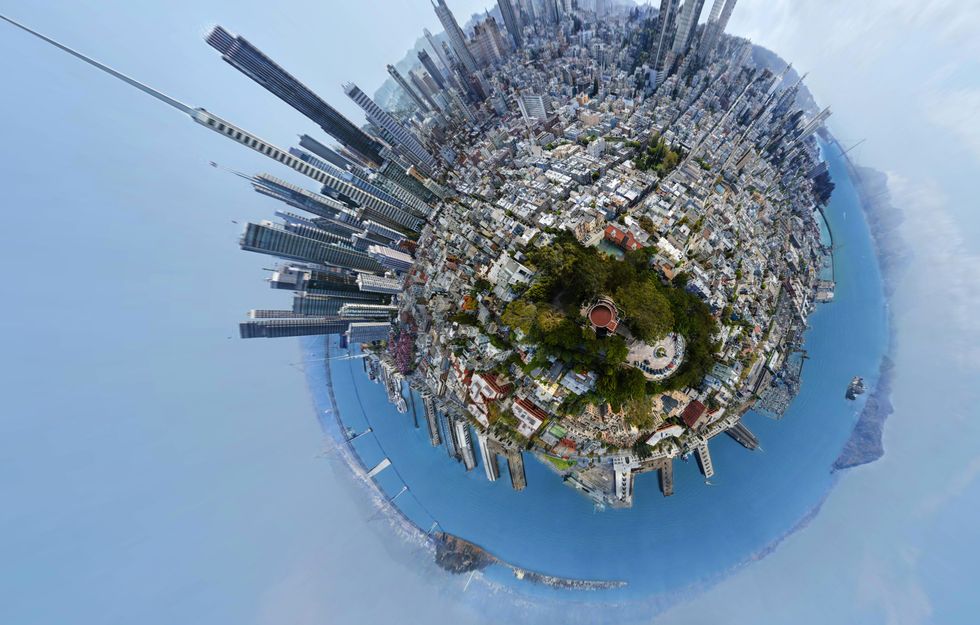 This Hi-Res Panorama Is the Most Insane Pic of San Francisco Ever, Trust Us

San Franciscans never tire of looking at pretty pictures of San Francisco—we're pretty vain that way (and our Instagram feed is proof). But now, there is a panoramic snap of the city that's being touted as one of the highest resolution images ever created. It may be the one crazy-amazing thing to come out of Super Bowl week. Seriously, you have to see this.

Yes, you can really zoom in that close. (Courtesy of Danie Roux and FanCam)

Created by FanCam as a fun marketing toy for Bud Light in celebration of Super Bowl 50, the 360-degree hi-def birds-eye view of the city was captured with a Canon 5Dsr perched atop Coit Tower. And while anyone with 4Gs in the bank could purchase one, what happens next is a real feat of incredible tedium. As FanCam CEO Tinus Le Roux tells us, the final crystal-clear panoramic shot is actually a composite of of 5,000 different images.

"For the most part," says Le Roux, "we use off-the-shelf hardware and software, but through the years we've created some custom techniques that allow for the creation of images like this one. Essentially, we zoom into a particular part of the city, take a snap, and then move to the right to take another one, making sure the two images overlap. We then repeat that process 5,000 times. After all the images have been captured, our production crew takes over, painstakingly stitching this digital puzzle into the final product."

Painstaking as the work was, FanCam has done San Francisco justice. Founded in 2010, the South African "gigapixel event photography" company captured Baghad by the Bay in a mind-blowingly massive format: You can begin with a stroll along the Embarcadero, turn off into Fidi, and then pan and zoom to land right atop Sutro Tower. Pan down to the Presidio and pop over to Crissy Field for a day by the bay. It's all there—from the Golden Gate to the Bay Bridge—clear as a SoCal day. And if you're wondering what that big brown hole is, it's Coit Tower if Coit Tower didn't exist.
Not surprisingly, FanCam is big in the sports or entertainment industries: If you've attended a recent Broncos or Panthers game, you could scan their images to find yourself in the crowd. FanCam has also captured concerts for Taylor Swift, U2, and Jennifer Lopez.

But that's enough talk. Now you'll want to click over and play. It's addictive!

(Courtesy of Danie Roux and FanCam)