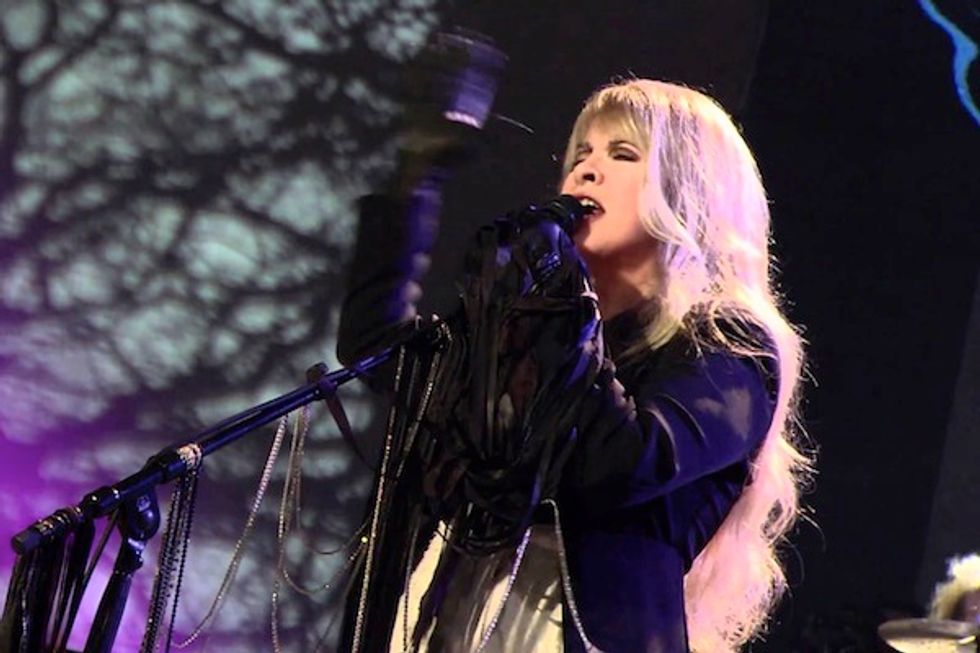 Hey, it's kind of cold! Sounds like a good excuse to huddle up inside your neighboring music venue for some soul- and body-warming music. These shows could very well save your life:

Sky Ferreira is a goddess, albeit in the most non-traditional sense of the word. Sure, she’s had some run-ins with the law, occasionally turns in train wreck performances, and, at times, doesn’t even know the words to her own songs. But today, we prefer our goddesses to be hot messes. It's true, and the people have spoken—Monday’s gig at the Independent will be the second of a three-night stint, a rare three-date booking at one of the hippest venues in the country.

Christine McVie is back (!! x 1,000,000), and the universe is (somewhat) normal again. After a prolonged estrangement from fellow rock legends Mick Fleetwood, Stevie Nicks, and Lindsay Buckingham, McVie returns to the tourpath with Fleetwood Mac, breathing old-and-new life into the iconic British-American rock group. The band is playing the old golds on this tour—the much-celebrated Rumours as well as their self-titled debut—but new songs could be in the mix. The band is working on a new album, slated for release in 2015.

You won’t find two better turntablists in the world than DJ Shadow and Cut Chemist. The two producers bandied together in the summer of 2013 to make a mix drawing on the Afrika Bambaataa's enormous collection of 40,000 albums. The project is known as "Renegades of Rhythm," which has evolved into a vinyl-only tour that recently stepped into the halls of NYC’s Irving Plaza, where Babaataa himself bore witness to the celebration of his life’s work.

Perhaps the next folk rock band to steal hearts and minds of Americana enthusiasts, Jamestown Revival (not to be confused with the Brian Jonestown Massacre) serves the people helpings of salt of the earth. Their soft whispered stories about the heartbreak of existence somehow leave a man feeling affirmed and dignified.

The self-titled debut album from this psych dream pop quintet from Toronto has made serious waves around the blogosphere in 2014, garnering high praise from the likes of Pitchfork, Consequence of Sound, DIY and plenty more. Alvvays (pronounced “always”) sounds like the kind of band nostalgic romantics would have wanted at your high school prom. Who wouldn’t want to slow dance to this song with their first crush?: