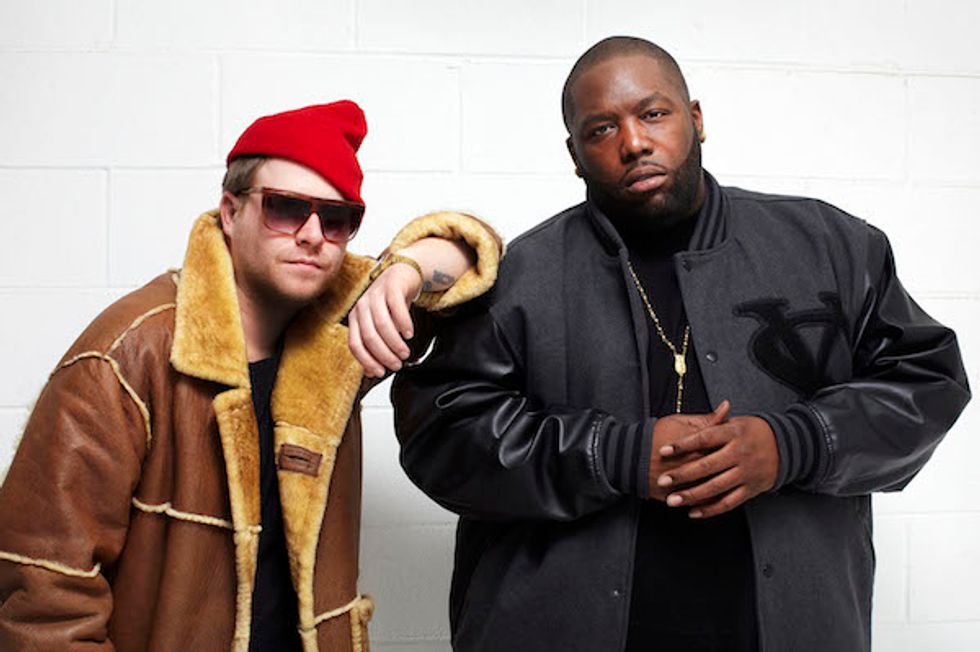 Let’s dive right into the frenzy…

Noted chill bro Mac DeMarco is forever winking at his audience. For instance, he understands that music videos are kinda silly. They are. So he takes them not-so-seriously, and it actually works to his benefit. Check out this lo-fi video for “Chamber of Reflection,” and chill the heck out.

FEEL THE RAWWRRRRRRRRR. FEEL THE RAAAAAGE. FEEL THE … drama? Yes, there is beef in the Slayer family. Namely between former drummer Dave Lombardo and current drummer Paul Bostaph. Lombardo has recently made it his business to blast the current Slayer drummer and criticize the band for having lost "that magic." However, Bostaph recently shot back, saying he’s “tired of hearing” Lombardo’s side of the story. Great drama. This is really how all metal bands should operate.

Thursday: The World is a Beautiful Place and I am No Longer Afraid to Die at Bottom of the Hill

Most of you are old enough to remember when the term “emo” was a badge of honor (Saves the Day! Get Up Kids! Dashboard!), then a badge of dishonor (Thursday! Taking Back Sunday! Fall Out Boy! Oy!), and now honorable again (see above!). We have lived an emotional rollercoaster of a life, and we should be commended. Now that we’ve come to terms with the emo renaissance, we’re free to enjoy Connecticut's 10-piece post-rock/indie/chamber/symphony The World is a Beautiful Place and I am No Longer Afraid to Die. Simply put, it’s complex, it’s furious, and it’s ambitious. Also of note? Co-headliner, the Hotelier, which put out one of the top 15 albums of the year, at least on this critic’s list.

Friday: Run the Jewels at Mezzanine

Come for the riveting, hyper-real hip-hop. Stay for the dance moves. Killer Mike, one half of Run the Jewels, doesn’t mess around onstage. He dips, he scoops, he drips, he swags, he does everything short of twerking. He and co-RTJ El-P just put out what Pitchfork dubbed “the most viciously realized rap album of 2014 and most other years."

The band that dressed up as The Spice Girls for Halloween last year, and opened for The Flaming Lips at Bill Graham Civic Center, returns for a two-date stint at the Fox. Let’s take a look at those outfits: