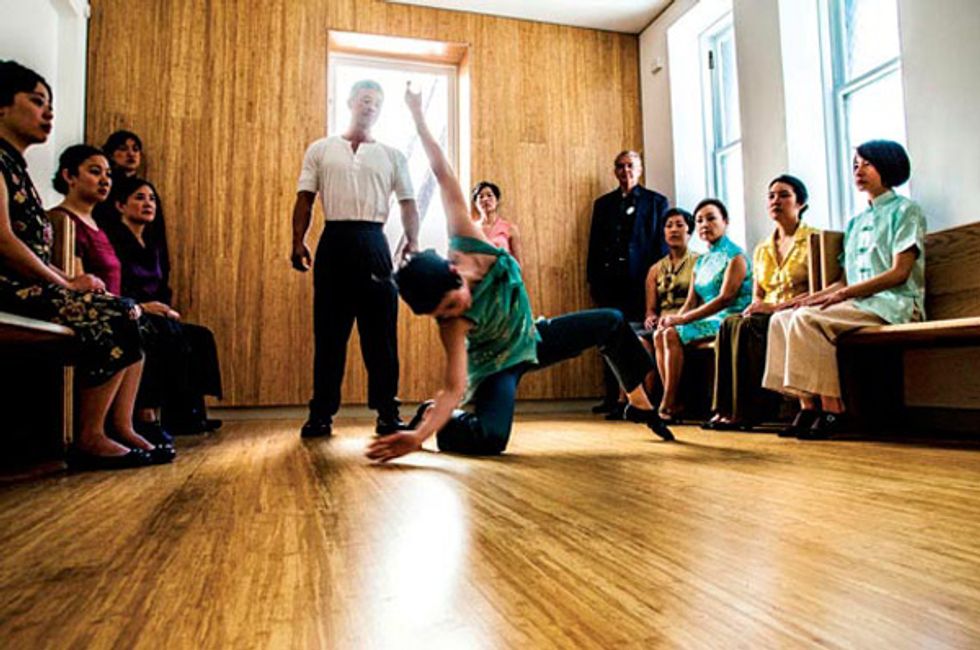 Shopping
Art.com Pop-Up
Art.com is brought to life in their first pop-up store located in San Francisco's Union Square. The popular art haven allows customers to explore art through an interactive and inspiring retail experience. Between the two collections, "The Art of Color" and "Eye on Nature," galleries by the likes of Jonathan Adler and Steve Justrich, and exclusive art by Nigel Barker and San Francisco-based artist Rex Ray, customers have the chance to find art for any interior. The pop-up even helps customers create their own art through Art.com's Photos to Art iPhone app.
When: Through January 2014
Where: Art.com, 117 Post St.

Music
Blitzen Trapper
The indie rockers hit The Regency Ballroom after releasing their seventh album, VII, for their new label Vagrant. The band has been known for its unpredictable sounds and eclectic tracks with past albums like Wild Mountain Nation and Furr. VII brings the group back to folky harmonica bleats and vivid lyrics without loosing their upbeat and inventive edge.
When: 7 p.m.,Tues. 11/5
Where: The Regency Ballroom, 1300 Van Ness Ave.

Art
"Ouroboros"
Rebirth, self-discovery, life out of death, the eternal—all represent the various meanings the ancient symbol of Ouroboros has referenced in history. The snake that eats its own tail appears in numerous religions, Jungian philosophy, alchemy, and modern science. This exhibition, with participating artists like Joyce Burnstein, Matt Keegan, and Sandy Kim, examines the history of the Ouroboros and our understanding of it today.
When: Wed. 11/6 - Sat. 11/23; opening reception 7 - 10 p.m., Sat. 11/9
Where: Root Division, 3175 17th St.

Art
"Project Los Altos"
The SFMOMA offsite exhibition "Project Los Altos" will undertake a site-specific exploration of the once-argicultural community that now sits in the heart of Silicon Valley. In various locations, both indoors and out, nine artists—including Bay Area natives Charles Garoian, Chris Johanson, and Mike Mills—incite a dialogue around the region's history of innovation. Don't miss Jeremy Blake's Winchester trilogy of animation, inspired by the mad Sarah Winchester and her famous mystery house, and Alec Soth's stark black-and-white photo documentation of what goes on behind Silicon Valley doors.
When: Sat. 11/9 - Sun. 3/2/2014
Where: Various venues, Los Altos

Reading
Seed of the Future
The release of the book, Seed of the Future, honors the 150th anniversary of the Yosemite Grant Act, the first bill that preserved wilderness lands for public use, resort, and recreation by the U.S. federal government. Seed of the Future richly depicts more than one hundred archival images and full-color landscape photographs alongside Dayton Duncan's strong narrative. The Emmy Award-winning writer convincingly persuades and inspires all generations that Yosemite and other National Parks should remain protected areas. Don't miss his conversation at Book Passage.
When: 6 p.m., Fri. 11/8
Where: Book Passage, 1 Ferry Bldg

Art
"100 | 50 | 1"
Fifty of the world's most talented mobile photographers are brought together in this new photo exhibition. "100 | 50 | 1" will showcase portraits these photographers captured with their smartphones. Profits from sales at the show will be donated to 100cameras, a non-profit that enables kids to initiate change in their communities by teaching them to document their lives through photography.
When: Sat. 11/9 - Sat. 11/16, opening reception 6:30 p.m., Fri. 11/8
Where: The New Black, 1999 Bryant St.

Local
NovemberFest
Temescal Alley's first annual Novemberfest will be happening this coming weekend. The event will feature local craft brewers like Linden Street Brewery and Drakes Brewing, to name a few. Enjoy grilled sausages by Pizzaiolo if you get hungry. Plus, a nice bonus of the event is that all proceeds go to Walk Oakland Bike Oakland, a volunteer-driven organization bent on improving neighborhood quality of life through safe and accessible fun.
When: 12 - 4 p.m., Sun. 11/10
Where: Temescal Alley, 470 49th St.