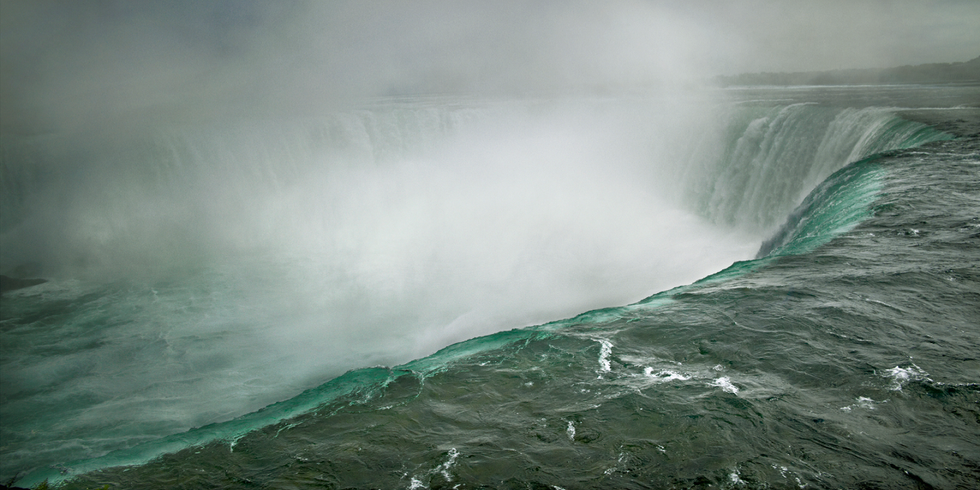 Conversation
Gloria Steinem
Ms. Magazine founder and feminist champion Gloria Steinem takes on the subject of illness in a conversation at City Arts & Lectures with fellow journalist and activist Letty Cottin Pogrebin, whose new book, How to Be a Friend to a Friend Who's Sick, approaches this sensitive subject with warmth and candor.
When: 7:30 p.m., Mon., 6/3
Where: Nourse Auditorium, 275 Hayes St.

Conversation
Eric Schmidt and Jared Cohen
In The New Digital Age, Google's Eric Schmidt and Jared Cohen have, thankfully, predicted the future for us -- at least, the future technology will play with our lives. Come listen to the forecast at Hotel Nikko to hear just how crazy interconnected we'll all be in a few years.
When: 6:30 p.m., Tues., 6/4
Where: Hotel Nikko, 222 Mason St.

Art
"Pilgrimage"
In a departure from her iconic portraits, Annie Leibovitz's 2011 book, Pilgrimage, captures the candid moments in time, from the mundane (a broken television) to the extraordinary (Niagara Falls). These images, all of which have special meaning to the photographer, are the subject of a traveling exhibition of the same name organized by the Smithsonian American Art Museum. The collection makes its Northern California stop south of San Francisco.
When: Thurs., 6/6 - Sun., 9/8
Where: San Jose Museum of Art, 110 South Market St., San Jose

Art
"Continuous Wave"
In Ian Kimmerly's next exhibit "Continuous Wave," viewers will have the chance to play a more sophisticated and artsy version of Where's Waldo? while searching for faces, hands, or maybe even a whole human body within Kimmerly's sea of abstract brush strokes.
When: Thurs. 6/6 - Sat. 7/6
Where: Dolby Chadwick Gallery, 210 Post St.

Film
SF Doc Film Fest
The SF Documentary Film Festival is back with 60 fabulous nonfiction films from around the world, and it's kicking off with a behind-the-curtain look at Burning Man with Spark: A Burning Man Story. Stick around for the after party, if not to meet with the filmmakers, then at least for the tequila ice cream.
When: Thurs. 6/6 - Sun. 6/23
Where: Various venues

Dance
Ethnic Dance Festival
Turn up your Mexican folk and funky Fogolystic samba reggae, and put on your glorious coque feather headpieces because the Ballet Folklórico Netzahualcoyotl and Fogo Na Roupa Performing Company are ready to get down at the launch of this year's San Francisco Ethnic Dance Festival. And they probably won't ask you to come to the dance floor, but it's good to be ready just in case.
When: Fri. 6/7 - Sun. 6/30
Where: Various venues

Screening
Rebels with a Cause
All it takes is a village -- that's the message in Rebels With a Cause, a documentary by Nancy Kelly and Kenji Yamamoto about a few fierce Marinites who banded together to save the Point Reyes National Seashore and Golden Gate National Recreation Area from big business development. Catch the filmmakers in the flesh at the Rafael Film Center.
When: Film opens Fri. 6/7, screening followed by discussion; Commonwealth Club discussion following 1:30 p.m. screening on Sun. 6/9
Where: Christopher B. Smith Rafael Film Center, 1118 Fourth Street, San Rafael

Music
Wax Idols and Lumerians
Come to the Chapel this weekend to hear Wax Idols play their catchy, addictive pop songs about heartbreak and death. Lumerians will be there too, playing space rock psychedelic enough to bend a mind or three.
When: 8 p.m., Sat. 6/8
Where: The Chapel, 777 Valencia St.