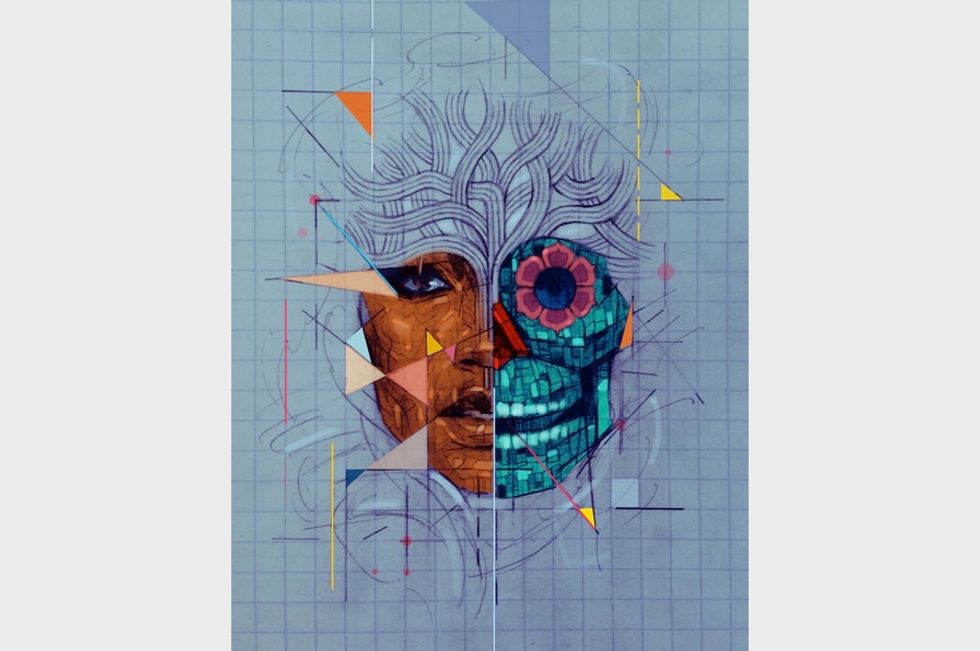 Exhibit
"Tree of Life and Death"
Día de los Muertos is upon us, and we're all familiar with the iconic elements honoring the deceased—sugar skulls, marigolds, colorful offerings. The 19th annual exhibit at the Oakland Museum is curated by renowned muralist Eduardo Pineda and fuses the themes of life, death, and mourning with ecology, habitat and species loss, accountability, and conservation.
When: Through Sun. 12/8
Where: Oakland Museum of California, 1000 Oak St., Oakland

Art
"Twisted Sisters: Reimaging Urban Portraiture"
The SF Arts Commission has partnered with the city of Zurich to bring us a traveling exhibition celebrating the 10-year anniversary of our sister city relationship. The show features emerging and mid-career photographers from both SF and Zurich, including such local gems as Tammy Rae Carland, John Chiara, and Sanaz Mazinani.
When: Wed. 10/16–Jan. 17, 2014
Where: City Hall, 1 Dr. Carlton B. Goodlett Place

Music
The Dodos
Don't miss the last stop on local favorite The Dodos' tour for their fifth album Carrier, which came out in August. Their latest is an authentic record with strong vocals, raw emotion, and cerebral songwriting.
When: 8 p.m., Wed. 10/16
Where: Great American Music Hall, 859 O'Farrell St.

Design Talk
Frank Gehry
No surprise here—tickets to hear acclaimed architect Frank Gehry speak at the Jewish Community Center are currently sold out. But hang around the box office for any last-minute cancellations. You can't pass up the chance to see the man behind the Guggenheim Bilbao in person.
When: 7 p.m., Thurs. 10/17
Where: Jewish Community Center, 3200 California St.

Film
Fassbinder + Phil Solomon
Over the course of a 16-year career Rainer Werner Fassbinder made over 40 films and directed 24 plays, best remembered for his social dramas featuring characters on the fringe of society. Film buffs will want to make time for Satan's Brew, Querelle, Veronika Voss, and the many other screenings that make up this series. If that's too much of a commitment, check out Phil Solomon's American Falls, at the filmmaker's first SF appearance since 2001. Expect epic, experimental imagery shown in three-screen mural format.
When: Thurs. 10/17–Sat. 12/21 and 7 p.m., Sat. 10/19, respectively
Where: YBCA Screening Room, 701 Mission St.

Local
CARVE Sand Sculpture Contest
This weekend, 400 tons of sand will be dumped near the Presidio's Sports Basement for the Bay Area's first ever professional sand sculpture competition. Artists and carvers from all over the world will duke it out for the fiercest castle to hit this side of the Pacific. Drinks and bites will come compliments of Off the Grid trucks. And it's all for a good cause—proceeds benefit the Surfrider Foundation and Sustainable Surf. Now let's just hope for another gorgeous Indian summer weekend.
When: Fri. 10/18–Sun. 10/20
Where: Sports Basement Presidio, 610 Old Mason St.