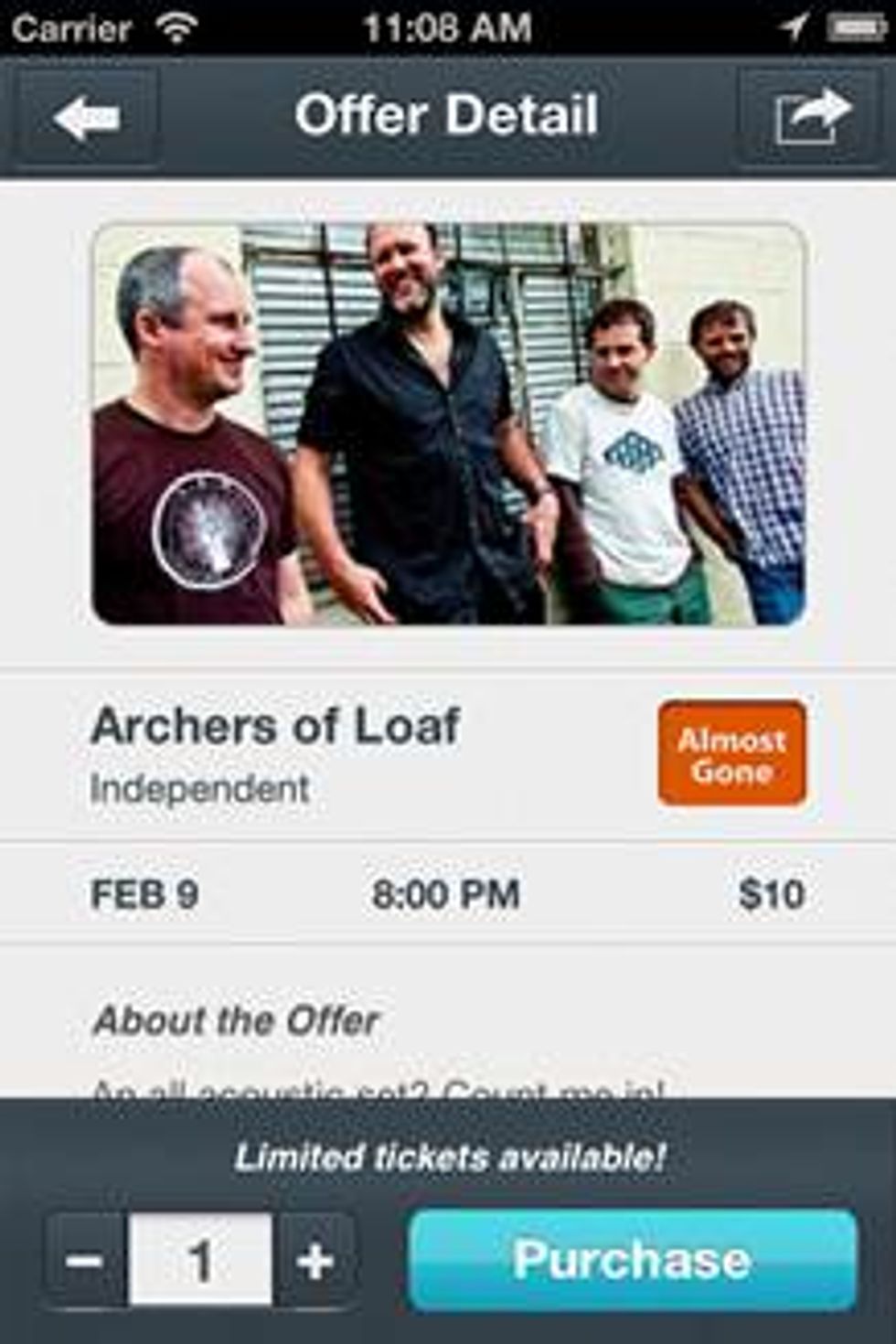 Just in time for Noise Pop, the indie music festival celebrating its 20th anniversary this week, Thrillcall has launched its new iPhone app to discover and get into live events, even at the last minute and after they are sold-out.

Since its launch three years ago, Thrillcall has concentrated equally on developing its technology and building relationships with promoters, artists and show venues.

And while some 500,000 live music fans currently access its website, Thrillcall’s co-founder Matthew Tomaszewicz says they are increasingly  doing so from mobile devices.

“We see it in our data. Our website isn’t optimized for mobile, yet more and more people are reaching us that way,” he told 7x7.com. “That mobile traffic grows exponentially while web traffic is flat-lining.”

Thus the new app for all iOS devices available in the Apple app store.

“The nature of the mobile audience is they are task-oriented,” said Tomaszewicz. ”They are often looking for tickets to shows that night, so we have to make it easy for them to do that.

"Then, after they purchase the tickets, we have to make sure that the experience of getting into the event is easy too.”

Thrillcall offers various ticket packages for these last-minute purchasers – at a premium, of course. Working with the venues, ticketers, and artists, the company has VIP packages, even to the sold-out events.

“But it goes well beyond last-minute ticket sales, because even with established music festivals, many folks out there still don’t know about the shows,” says Tomaszewicz. “The key thing we offer concert promoters is being able to reach a new audience.”

This is why Thrillcall is in essence a discovery engine for live music events, venues, and artists. If you’re interested in, say, hip-hop, the service can alert you to many upcoming events around the Bay Area, including those by up-and-coming performers in clubs you may not yet have heard of.

The company, based in downtown San Francisco, has 15 employees. After Noise Pop, it will roll out the new app in L.A., then for SXSW in Austin, New York, and in most other major cities.