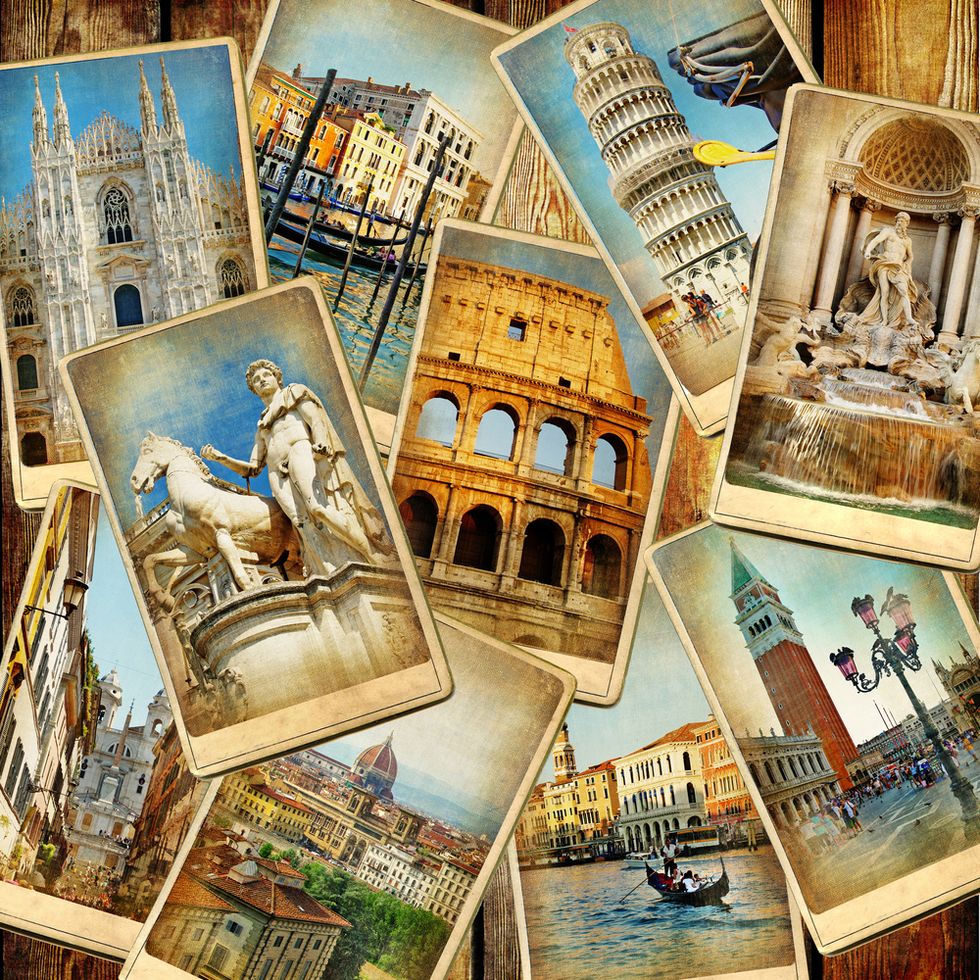 Two Sense: My Boyfriend Keeps Too Many Reminders

My boyfriend is great in almost every respect and I couldn't be happier with him, except for one thing. He's got mementos lying around from several ex-girlfriends, ranging from a hand-blown vase to a wooden keepsake box made in Mexico to a framed poster of a Fillmore concert. These are more than mere gifts; each represents an experience or vacation he shared with these women. He also has, among his digital and printed photos, several very romantic ones with two or three of his exes, including a few bordering on X-rated. I didn't go snooping to know this. He's very open. He's honest, principled, and committed and I trust him fully. When we discuss this he says by the time we hit 40, several exes have helped form us and that these women (with whom he remains friends) and the experiences they shared are nothing to hide or lie about. He insists this is a more honest and mature way to approach things than to toss all memorabilia out and talk trash about your ex, and I agree. But do I have to look at these objects every day? I respect his stance but it doesn't make me feel that great as his current partner.

She Said: Dear Gentle Reader’s Boyfriend, I like your maturity and clarity. But I suggest you try, for the sake of experiment, a middle ground between keeping every important reminder of an ex-lover displayed in your house and tossing everything in the trash. It’s called the garage. Buy a sturdy new storage box, wrap up the precious gifts from your exes, place them gently into said box, lock it shut, label it, and place it on a shelf. As you put items into this box, ask yourself a two-part question: Is this still special enough to keep? Is it so special that it deserves to be displayed in my home? I would say perhaps one possession—the vase or the box or the framed poster—deserves such status. Two at most. The others go to the garage or to charity. You might be surprised at the salubrious effects of such a change: Not only will your current girlfriend feel more comfortable, you might also feel a little lighter and more present. And if you don’t, or if the Gentle Reader skadoodles one day, then you’ve still got your box in the garage full of keepsakes. Give it a try.

Oh and by the way, please put all paper and digital photos of ex-girlfriends (on a brand new CD) into the box as well—except for the X-rated photos. Those, you toss, shredding paper copies and permanently deleting digital ones. This is not merely for the benefit of our Gentle Reader but also for your ex-girlfriend, who now has a few kids on the Marin soccer lineup and cringes every time she thinks of that sexy shot you snapped as she frolicked in the dust at Burning Man.

He Said: These objects are meaningful symbols of your BF's past. In fact, they are part of who he is today, just like his high school yearbook or family scrapbook. Because he has had romantic relationships with these women does not mean they should disappear, a fact you seem to recognize. He will maintain these memories with or without the mementos.

Rather than trying to obliterate his romantic past, it would be better to learn to appreciate the notion that he has had experiences he so treasures he wants to display representations of them to you and to your guests. However, in any shared space, it is fair to raise aesthetic questions about what they add to your home's style. Perhaps that would be a better way to broach the subject, especially if you do not have similar objects of your own to display.

As for his digital photographic archives, they are private, whether he has shown them to you or not, and he should fill them with whatever he pleases. As should you your own.