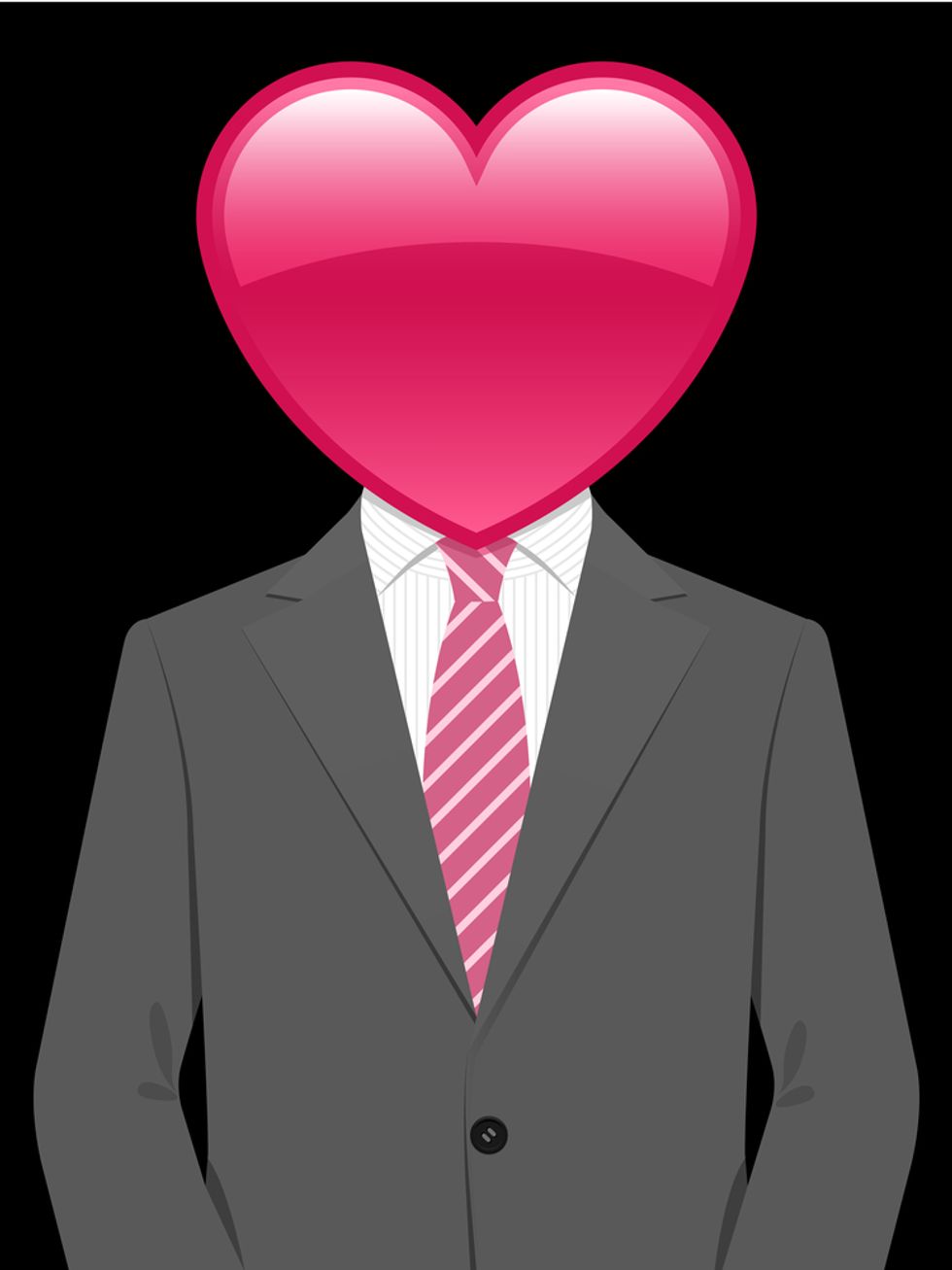 Two Sense: Should I Sleep with My Boss?

I work at a small startup here in the city, just five of us slaving away to build a site and eventually make some money. We're all in our twenties and early thirties and it's more like a group of really smart friends than a traditional workplace. My "boss," the founder, is only 31 and we regularly go out for drinks after working 12 hours, and even hang out on weekends sometimes. I'm pretty sure he's about to either ask me out or try to hook up with me. I can tell he's attracted to me and the feeling is mutual. Last Friday after the rest of the team left the bar around 10 pm, he and I finished our drinks and the air was so thick with chemistry you could cut it with knife. What do I do if he does make a move? If he wasn't technically my boss I'd go for it–I really like him–but can't we both get into some kind of trouble? Is it even possibly against he law? Help.

He Said: There is no legal prohibition on dating a co-worker. But there is often a company one. It sounds like you are in the start-up phase, so you many not even have an employee handbook yet. That leaves your decision to common sense. Non-traditional or not, there is nothing worse for small company morale than an office affair, particularly with the boss. Literally overnight, five friends dreaming of creating something transformative could be reduced to a puddle with the foul odor of favoritism and bias defiling the air and driving everyone away. Be smart; don't do it. Focus on your work and enjoy your personal life as far from the office as possible. If your romantic or sexual feelings for your boss are stronger than your desire to stay within the company, you'll have to quit before taking up with him. Trying to have it both ways will simply ruin the experience not just for yourself but for everyone else as well.

She Said: Take it from me—someone who dated and then married her former boss at one of the rare companies that actually look favorably on office romances—you will complicate your life and his, and possibly others’, by doing this. If things go extremely well, you two will have the awkward task of trying to depersonalize your relationship all day at work, and then reconnecting away from the office after seeing each for the past 12 hours (not romantic). If they go very badly, you’ll be the one to leave, since it’s his company. Without even getting into the dramatic territory of potential sexual harassment lawsuits should things really fall apart, binding your income, career, and romantic life up in one person like this is disconcerting on a daily basis.

Of course, the mostly verboten nature of workplace romances only serves to increase their allure, and telling you not to sleep with your cute boss, whom you work with all day and drink with at night, is a little like shouting into the wind. Desire has a way of going 'round our rational minds—that’s partly why it’s so exciting. So here’s my advice. If it’s in your power to resist, then resist. If it isn’t, then start looking for another job pronto because either way it goes down, you’ll need one.

Chris Bull is cofounder and editorial director of GayCities.com & Queerty.com. Robin Rinaldi, the former executive editor of 7x7, is currently at work on The Wild Oats Project, forthcoming in 2014 from Farrar Straus & Giroux.