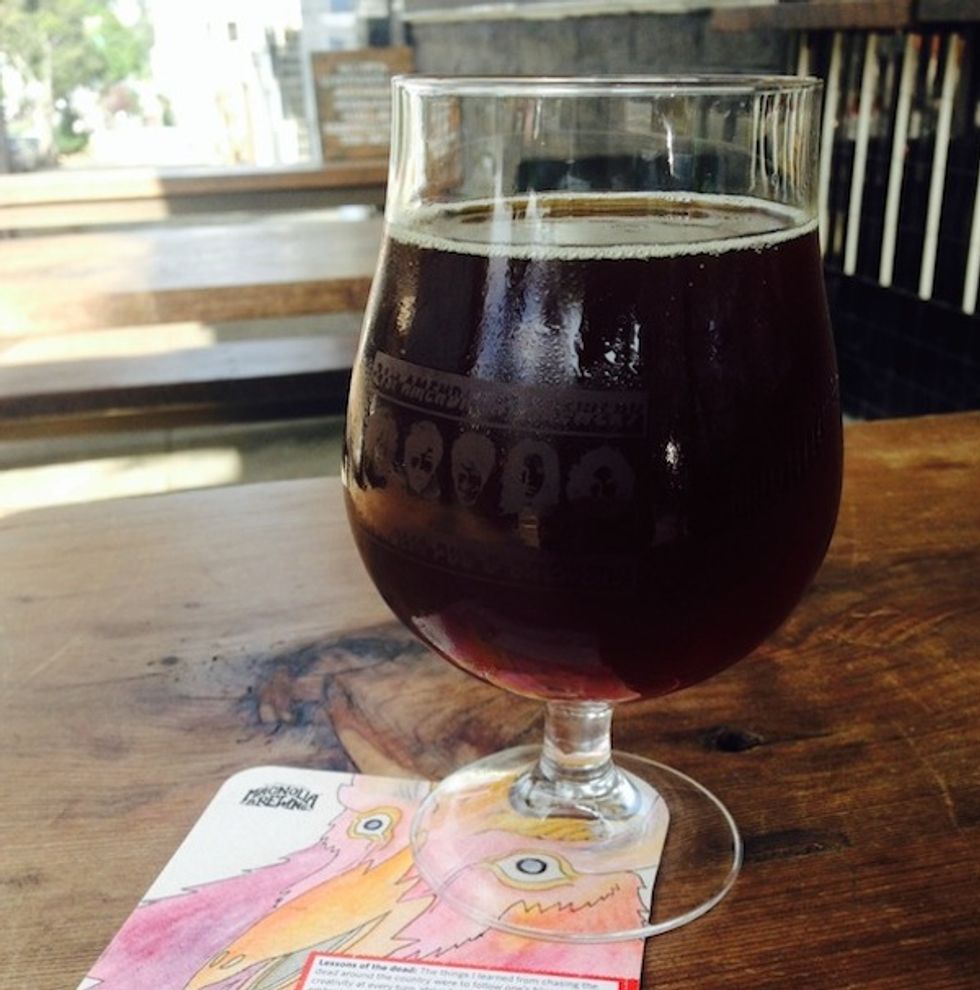 What Beer Would You Pair With Your Neighborhood?

It’s no great surprise that San Francisco is a beer-obsessed town. We’re a city of diverse tastes and inclinations. Beer, with its wide range of flavors, styles, and pairing potential, is a drink that lends itself well to San Francisco’s motley make-up.

As beer pairings and dinners become increasingly popular at restaurants around the city, we started thinking about other ways to complement the flavors that San Francisco has to offer. So, we appealed to some of the city’s beer experts to come up with a pairing for San Francisco’s neighborhoods. Their choices — based on flavor profiles, historical associations, and microclimates — act as a great primer for drinking your way around the city (and a couple of East Bay spots, too!).

"Biere de Garde. They're rustic (they're farmhouse ales after all), but elegant — qualities that are reflected in the Mission. But they have a good malty sweetness for a backbone, which is needed to pair with all the spice that is the Mission.”

"Potrero Hill has been home to Anchor Brewing for decades, since 1979. Go back to the 19th century, and you would find beer fermenting on the rooftops of San Francisco upstart breweries producing what appeared to be steam from the warm, open, swallow pan fermenters known as coolships. Anchor Brewing, whose ties go back to 1896, adopted this beer style and Steam is now a San Francisco staple.  When people ask for a Steam beer, they’re asking for our beer."

“Bam Biere from Jolly Pumpkin Brewing in Dexter, Michigan. This Saison has an adorable spotted Jack Russell terrier on the label that looks like it could be running around Duboce Park. The brew pairs perfect for a nice sunny day around the neighborhood, or a picnic at the park.”

The Marina: A Gose

“A Gose. That slight addition of salt to this beer goes right along with the bay breeze coming off crissy field… and that slight tang that makes you pucker just a bit goes along with what you may see in the Marina”

A walk through Little Saigon is visceral, delicious, and gritty, and there's no better beer for it than an IPA like Drake's. It's loaded with the floral, lemongrass, citrusy punch of American hops, which mingles perfectly with the whiffs of basil, coconut, and shrimp paste coming from every window. Plus, it packs enough of a buzz to help you lose your inhibitions and really appreciate the neighborhood's treasures.

“Barrel-aged stout. It's cold up here in the fog belt (when our weather doesn't disappear for a few months), and we need it to stay warm at night. It's also higher in alcohol which helps the pain of looking down at all the beautiful houses we can't afford in Noe Valley proper.”

“Old Thunderpussy Barleywine is named for Magnolia Thunderpussy herself, one of the Haight’s most well-known and remembered characters. It’s a big, bold, intense beer for a neighborhood that made history around the world. “

“A classic industrial lager. SOMA used to be the brewery center. The former Hamm's plant at 15th and Bryant and the Jackson brewery at 11th and Folsom are offices and lofts now, respectively, but the fizzy yellow stuff used to come from here. You don't need to drink Bud or Hamm's: Stillwater's "Classique" is a riff on a classic easy-drinking lager, in a can, that tastes way better than any Bud you've ever had.”

"We prefer drinking the Town Lager from Linden Street Brewery in the 94607 area code. Town Lager is only delivered by bike, and it pairs perfectly with Oakland pride."

“The Gourmet Ghetto is the perfect place to enjoy Trumer Pils. Trumer Pils has the perfect balance of malt and hops flavors, with a noble hop aroma and distinctive bitterness that doesn’t overwhelm the meal and complements flavors. It’s clean, crisp finish helps cleanse the palate, just like a sunny stroll down Shattuck in Berkeley.”

“I think sour beer pairs really well with Berkeley. A sour beer, much like Berkeley, has a reputation from being remarkably different from all the others, doesn’t follow the herd, pairs well food and the eclectic culinary scene.”