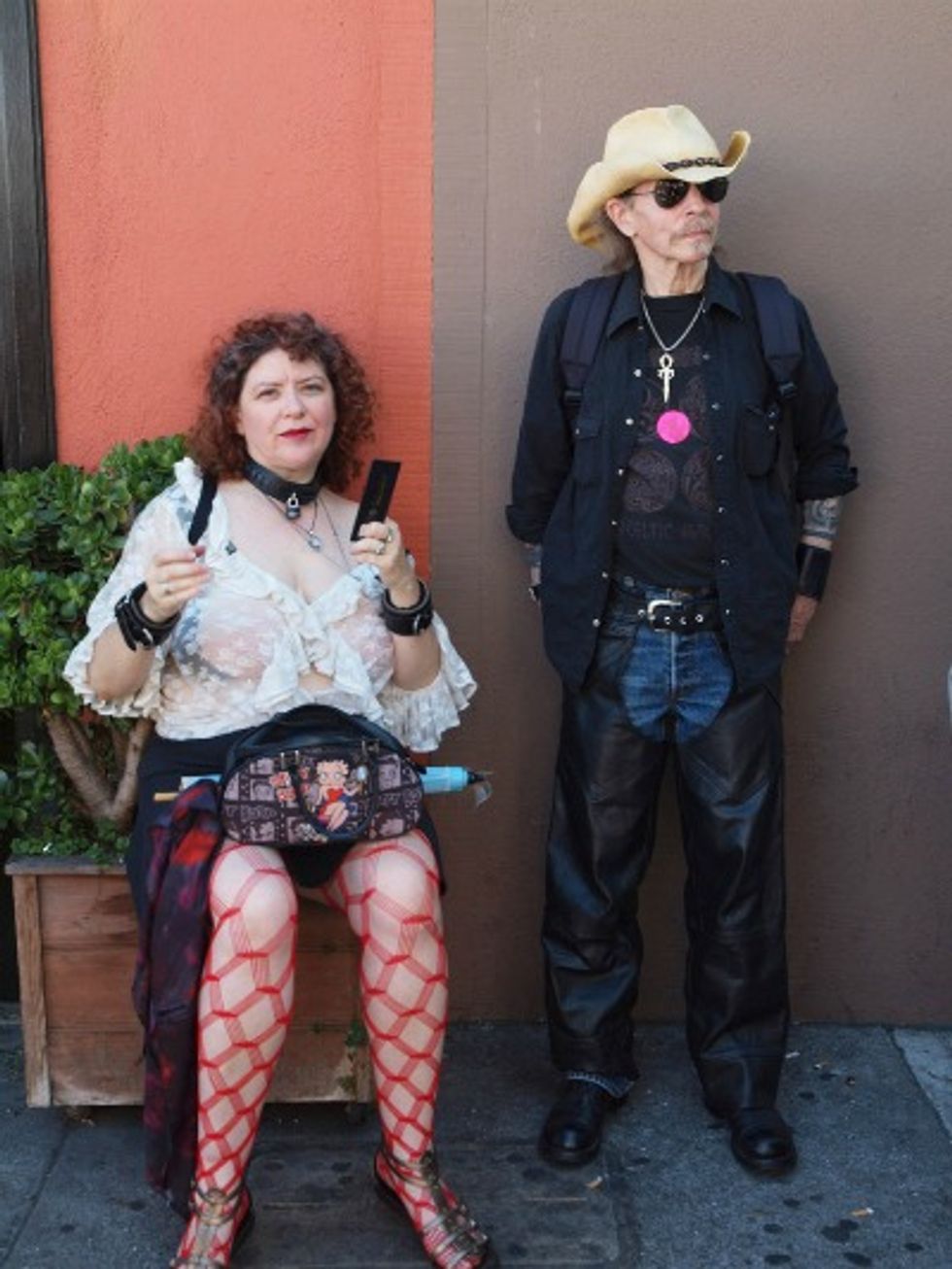 When Your Parents Are Hipper Than You

Though San Francisco is a literary city, the typical idioms don’t apply here. The one about the pot calling the kettle black is both racist and offensive to Williams-Sonoma, where the best pots are copper and the priciest kettles stainless. And you can certainly have your cake and eat it too—just ask Elizabeth Falkner.

Lately I’ve been demystifying the notion that you can’t teach old dogs new tricks. The old dogs: my parents, who emigrated from New York to San Francisco practically moments after my wife gave birth to our daughter, who’s now 2.

Given they’re in their 60s, we assumed that once they got situated in their townhome with a view near the Ferry Building, they’d glom on to us for tips on where to go and what to do. In reality, Mom and Dad are the ones doing the teaching, and we newer dogs can barely keep up.

Peripatetic is a good word to describe my folks. When I was growing up in New York, our family vacations usually had us go-go-going from greasy-spoon breakfast until post-dinner ice cream, with museums and often interminable road trips thrown in between. After I graduated from college in 1997, my parents ditched their suburban split-level on Long Island and bought an apartment in a high-rise on Manhattan’s Upper East Side, flipping a giant middle finger at the idea of slowing down.

I was living in Manhattan back then too, but as a 20-something who frequented Sway, Bungalow 8, and some of the other tabloid-sweetheart nightclubs, it wasn’t like the padres and I rolled in the same circles. Then in 2001, I moved west—initially to Seattle and the following year to the Bay Area. Though I established roots on the San Mateo coast—first Moss Beach and then Half Moon Bay—my wife and I spent many weekends and a good number of weeknights in the city. To this day, I maintain I could drive Devil’s Slide with my eyes closed.

Over time, like many de facto urbanites, we developed favorite spots. We were among the earliest devotees of A16’s pizza. I contemplated getting a doctorate in tequila at Tommy’s. We hit Luna Park when it was cool (remember those days?). We spent many afternoons walking the Greenwich Street steps and watching Yankees-Red Sox games at Connecticut Yankee in Potrero. Our visits to the city declined a bit when we moved to Healdsburg in 2007, but still we tried to stay abreast of trends. My wife, an archaeologist who studies in the Peruvian Andes, fell in love with the bar at La Mar. I, a devout whiskey drinker, fell in love with everything except the pretensions at Bourbon & Branch.

Fast-forward to 2009. After my folks moved to SF, I took it upon myself to show them around. Naturally, the tours included some of our favorite haunts. They became A16 regulars overnight and quickly got in the habit of ordering the off-the-menu maracuyá sours at La Mar. The equation worked this way for the first few months: youngsters giving elders tutorials in San Francisco cool. Then at some point, the roles to switched.

As Mom and Dad became more comfortable exploring the city on their own, they began sharing some of their discoveries with us. Suddenly—unexpectedly—they became the tour guides, and we became the visitors. On one hand, some of their faves were predictable: Both Tony’s Pizza Napoletana and the Sutro Baths, for instance, are on any tourist’s list of must-dos. On the other hand, they turned me on to a number of classic, and thus awesome, places I’d never even considered, such as Bix, the opera, and Chinatown’s Old Shanghai Store.

My father in particular has proved himself a true explorer, frequenting Flora Grubb Gardens in Bayview and getting involved with the Sun Room Yoga Studio in the Mission and the Bindlestiff Studio, a Filipino performing arts organization in SoMa. Honestly, the two of them are so busy that when I call at  9 p.m. on a weeknight—from my own couch, mind you—I have to leave a voicemail.

As anyone with parents can imagine, this peculiar dynamic has its ups and downs. The positives are easy: Their enthusiasm is genuine, and they’re lots of fun, which makes them terrific grandparents for our little girl. The negatives are a bit more complex. For starters, sometimes it’s hard to swallow the fact that at any given moment, I might not be as in-the-know as my 60-something parents. What’s more, it irks me when they clue in to a new spot before I do. Lately, they’ve been telling me about all the food trucks they’ve found. I’m sorry, but there’s something strange about your dad, who remembers exactly where he was when JFK was shot, raving over Chairman Bao’s pork belly bun before you’ve even gotten a chance to try it.

Not that my suddenly cool parents are smitten with every aspect of their new city. Having been spoiled by living in Manhattan, they rag incessantly on most local mainstream theater. They despise BART—no surprise there. And day after day after day, they display almost childlike wonder at the microclimates. (Guys, it’s foggy. And cold. Get over it.)

All told, the journey has been challenging, eye-opening, and wonderful at the same time. Watching my parents discover the city I know and love has been like watching my toddler discover The Pogues—I realize the greatest things in life are recognizable no matter what your age. Mom and Dad might be older than I am, but if their affection for bicycling the flatlands of Mission Bay, leisurely lunching at Social Kitchen & Brewery, and shopping for Asian groceries along Clement Street are any indication, they’re definitely capable of learning new tricks. Who came up with that stupid saying anyway?