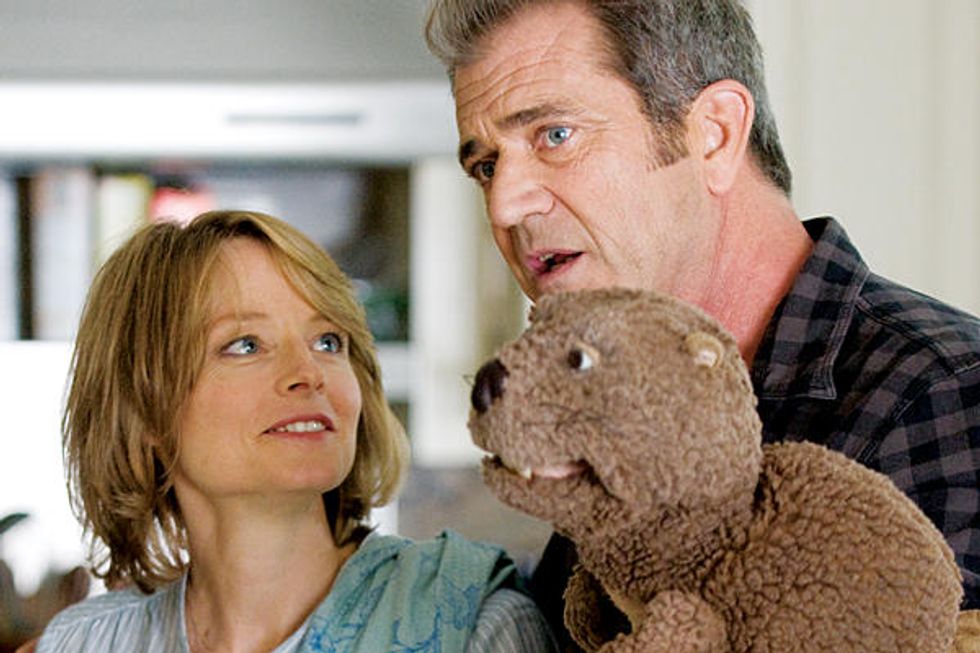 With 'The Beaver,' Jodie Foster Rolls the Dice on a Controversial Old Friend

It’s no laughing matter, trying to sell a serious rumination on depression and the ways it can derail a life to Hollywood executives seeking warm-and-fuzzy romantic comedies and stories of teenage vampires in love. It’s even harder when that drama, about a man who combats his middle-aged funk by communicating through a hand puppet known only as The Beaver, stars the polarizing Mel Gibson.

Just don’t expect the movie’s director and co-star, Jodie Foster, to apologize for her choice of leading men – not simply because Gibson is fantastic as Walter Black, an eerily inspired choice to play a character whose dark side is hidden uneasily beneath a veneer of manic, gallows humor, but also because Foster, 48, calls the embattled actor and former Maverick co-star a close friend of more than 15 years.

Oh, and she’s tired of fielding questions about him. “Is it frustrating, putting so much of your blood, sweat and tears into something that you believe in so truly, such a beautiful story, only for people to concentrate on something so unfortunate and beyond our control?” she asks. “Of course.”

Foster isn’t expecting Gibson, who in March pleaded no contest to misdemeanor battery in Los Angeles Superior Court, to produce Lethal Weapon-like ticket sales. Despite the name actors attached to the project, including Jennifer Lawrence, the Oscar-nominated star of last year’s Winter’s Bone, Foster doesn’t consider The Beaver a mainstream movie or even a true comedy, as it has been presented in some trailers.

Her third feature-length directorial effort, after the boy-genius comedy Little Man Tate (1991) and the lighthearted family drama of Home for the Holidays (1994), The Beaver, which opened May 6 – the same day as summer fare like Thor – is a movie about aching despair and mental illness that doesn’t pull any punches.

Perhaps that’s why it languished unproduced for years, passed around Hollywood until it won first place on the 2008 Black List survey for screenplays without a home. For Foster, who’d read the script and was taken by its unflinching approach to its subject, making the movie then became a waiting game.


"I read the script and loved it, but there was another director involved at the time," she says. "The first person I thought of [for the lead] was Mel. Walter Black and the Beaver had to be somebody who could fully understand and communicate comedy and tragedy at the same time. Mel has a dark side, but so does everyone.

"I knew that he had the right combination of lightness and wit that the character needed, and that he would also identify with Walter's struggle and take him to a deeper place. Mel is somebody who’s passionate, interested and wants to change."

The Beaver is now playing at the Emery Bay Stadium in Emeryville and the Rialto Cinemas in Berkeley. For tickets and showtimes, click here.