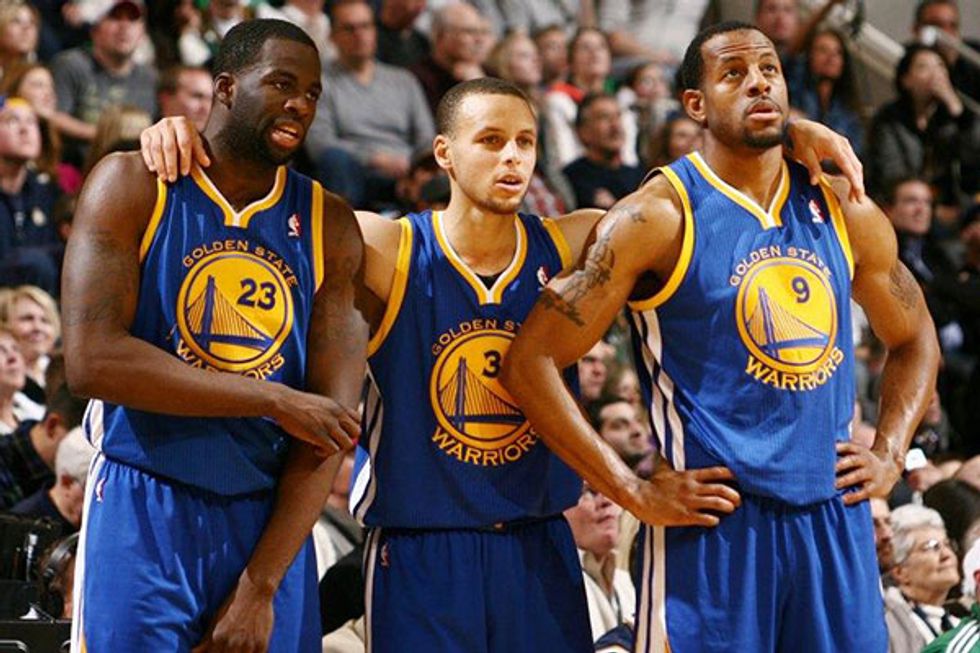 You Can Watch Tonight's Warriors Game in VR

Basketball season is here again, and with a championship behind them, tickets to watch the Golden State Warriors defend their title at Oracle Arena are bound to get expensive. Thanks to up-and-coming virtual reality technology, however, there's a new way to get courtside.

In partnership with Turner Sports and NextVR, the NBA will be live-streaming tonight's season opener in VR. Whoa. That means, anyone with a Gear VR, Samsung’s virtual reality headset, will be able to watch the game (as well as the championship ring ceremony beforehand) in real time from the comfort of their home. That also means that you'll be a lot closer to (virtual) Steph Curry, Andre Iguodala, and Klay Thompson than you would be from the bleachers.

VR cameras will be positioned strategically around the arena to capture all the live action, as if fans were watching from a courtside vantage point, reported Fast Company.

While the NBA isn't the first pro sports league to dabble in VR—NextVR live-streamed a soccer match between Manchester United and FC Barcelona in July, and the Sacramento King streamed two pre-season games— this will be the first live professional sports game readily available to fans in VR.

And it surely won't be the last. The Kings are already scheduled to stream their own season opener live in VR on Wednesday, and are also working with VR technology company Voke to make their stream platform agnostic, meaning its should be available on any VR platform, not just GearVR.

The NBA is just the latest institution to be an early adopter of VR technology. Other large-scale operations include 20th Century Fox and the Democratic Party, which had its first presidential debate live-streamed earlier this month. And we'll likely see more companies step up the the plate, as hardware such as the Oculus Rift, HTC’s Vive, and Sony’s PlayStation VR will be released commercially next year.