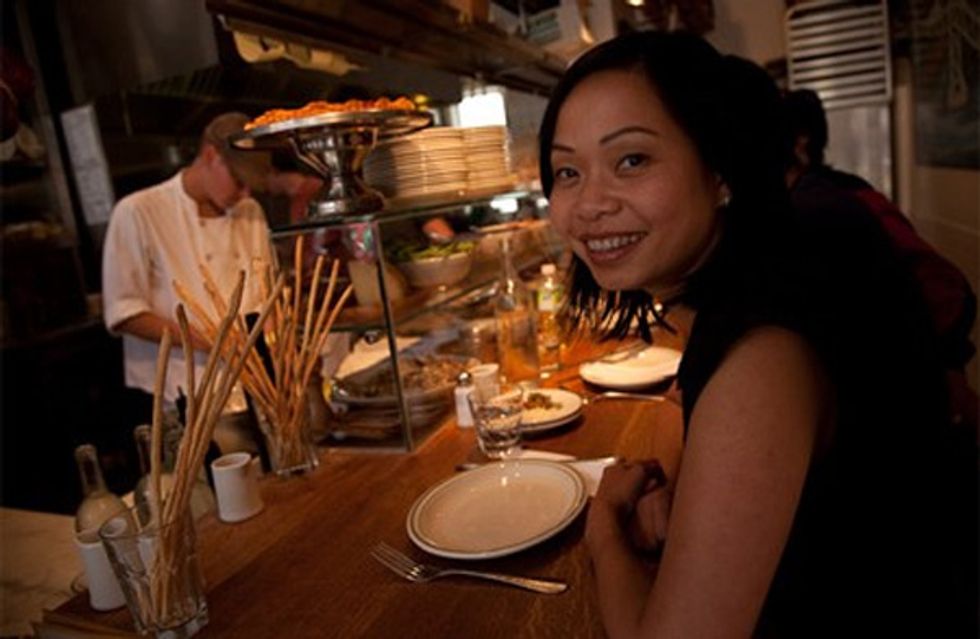 10 Exciting New Restaurants to Look Forward to in 2014

The second half of 2013 was especially full of new eating and drinking spots, as we discussed last week. But today we're looking ahead at the bumper crop coming in 2014, including several new projects from established names around town, and two former cheftestants from the Top Chef franchise opening their first West Coast ventures here.

Top Chef season 3 runner-up Casey Thompson has been in the Bay Area but laying low over the last few years. We're pretty excited to see what she does with her own Bay Area kitchen this spring at Aveline near Union Square, which she says will feature "refined casual," modern Californian food. She's also opening a next-door cocktail spot called The European with Beretta guy Adam Wilson. 490 Geary Street

Marché means "market," and the AQ/TBD team of Matt Semmelhack and Mark Liberman are also making reference with their upcoming brasserie project to Le Bon Marché, the famed Parisian department store. The huge new restaurant with French influences is coming to the Twitter building, hopefully by late 2014, and is set to feature one of the biggest selections of champagne and sparkling wine in the country. Market Street between 9th and 10th

The next exciting debut on the ever-gentrifying Divisadero corridor will be the new barbecue offshoot of butcher and burger-maker 4505 Meats. Chef Ryan Farr is taking over the former Brothers BBQ at Divis and Grove, more recently known as Da'Pitt, and will be slinging ribs and things there pretty soon.

Restaurateur Michael Mina is set to open his fourth and fifth S.F. restaurants, which will come as an attached pair, later this year. Mina is partnered with chef Ken Tominaga of Hana in Rohnert Park on the Pabu concept, and they already opened the first one in Baltimore. Like that one, the S.F. branch will serve sushi, shabu shabu, robata, and izakaya fare, and it will have a cocktail bar and the attached, all-day ramen spot, Ramen Market. 101 California Street

Well established food blogger Pim Techamuanvivit of Chez Pim fame, who also happens to be the longtime girlfriend of Manresa chef-owner David Kinch, is opening her first restaurant near Union Square this year. She was born in Bangkok, and Kin Khao will be focused on Thai cuisine using fresh, Northern California ingredients.  Given her skills and connections, we're banking on this place being an awesome addition to good-food-starved Union Square. 65 Cyril Magnin Street

As we learned back in November, former Top Chef Masters contestant Suvir Saran is bringing his brand of high-end, modern, farm-to-table cuisine, with Indian influence, to the NeMa building across from Twitter. The place still doesn't have a name, but will be 120 seats, and will perhaps take some cues from Saran's Michelin-starred Manhattan restaurant Devi, which he has since sold. 14 10th Street

It may not be one of the fancier openings on the horizon, but we're guessing it will be one of the most packed and delicious. Tacolicious guy Joe Hargrave is partnered with former Bar Agricole chef Brandon Jew to take over the recently shuttered Andalu space at 16th and Guerrero. The concept is modern Chinese, with a focus on dumplings and cocktails, at a low price point. (The latter will hopefully make this a more successful venture than the short-lived and overpriced Wo Hing General Store.) 3198 16th Street

Benu chef Corey Lee's exciting new Hayes Valley French bistro, in partnership with former RN74 chef Jason Berthold, promises to be one of 2014's more buzzy openings. In addition to focusing on modern takes on traditional bistro dishes, Lee promises to make this a spot for late-night dining, meaning Nopa won't be one of the only nice-ish options for post-midnight gorge-fests anymore. 451 Gough Street

The much anticipated, next-door spinoff of State Bird Provisions is set to arrive by the middle or end of this year, and chefs Stuart Brioza and Nicole Krasinski promise it will be different from but "symbiotic with" their wildly successful Fillmore Street spot. Expect bigger plates, a full bar, and a lot more space in general, in a space formerly occupied by a movie house called The Progress Theater. 1525 Fillmore Street

It still doesn't have a name or many details, but knowing what we know about the talents of Kapur and business partners Allyson Jossel and Jeff Hanak (of Nopa fame), and the careful deliberation that went into Kapur's creative process following his departure from the kitchen at Prospect in 2012, we've put this upcoming restaurant at the top of our list.  All we know is that it won't be, at least directly, a spin on Kapur's Hawaiian-influenced pop-up LihoLiho Yacht Club, but it will probably feature an array of influences, from Indian to French to Korean, as much of his food does, and the style and service, coming as it does from the Nopa team, is bound to be great too.