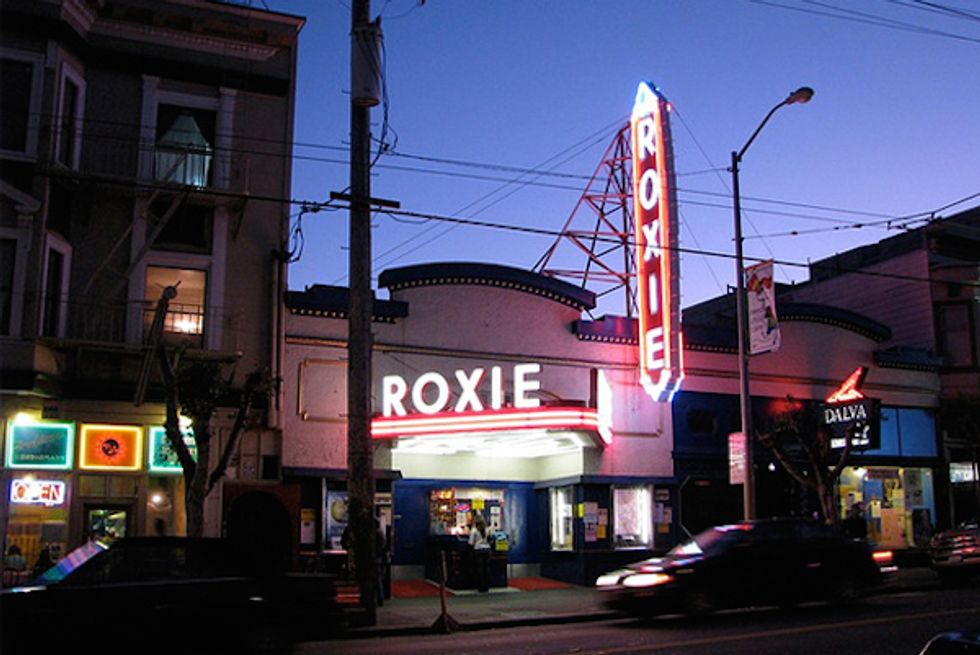 106-Year-Old Roxie Theater Gets a Face-Lift

Armed with a fresh coat of paint and unburdened from decades of trash, the new-and-improved Roxie Theater was unveiled this week.

The 106-year-old theater, as well as the Little Roxie two doors down, closed for a week at the beginning of August for a much-earned face-lift. Called “The Big Clean" by operations director Shae Green in an interview with Capp Street Crap, the massive undertaking to make over the 238 seat movie house required more than 30 volunteers from July 31 through August 6.

Hours were spent just scrubbing and scraping old carpet adhesive from Little Roxie’s floors, and an entire dumpster was filled with decades-old junk and discarded carpeting. The long-overdue deep clean also included repainting the exterior, lobbies, and floors, and the poster cases got a fresh bit of upholstery.

(Photo via the Roxie Theater)

Stop by this weekend to catch a new documentary and retrospective about filmmaker and sculptor Jerry Ross Barrish and breathe in that "new car" smell.  //  Roxie Theater, 3117 16th St (Mission), roxie.com