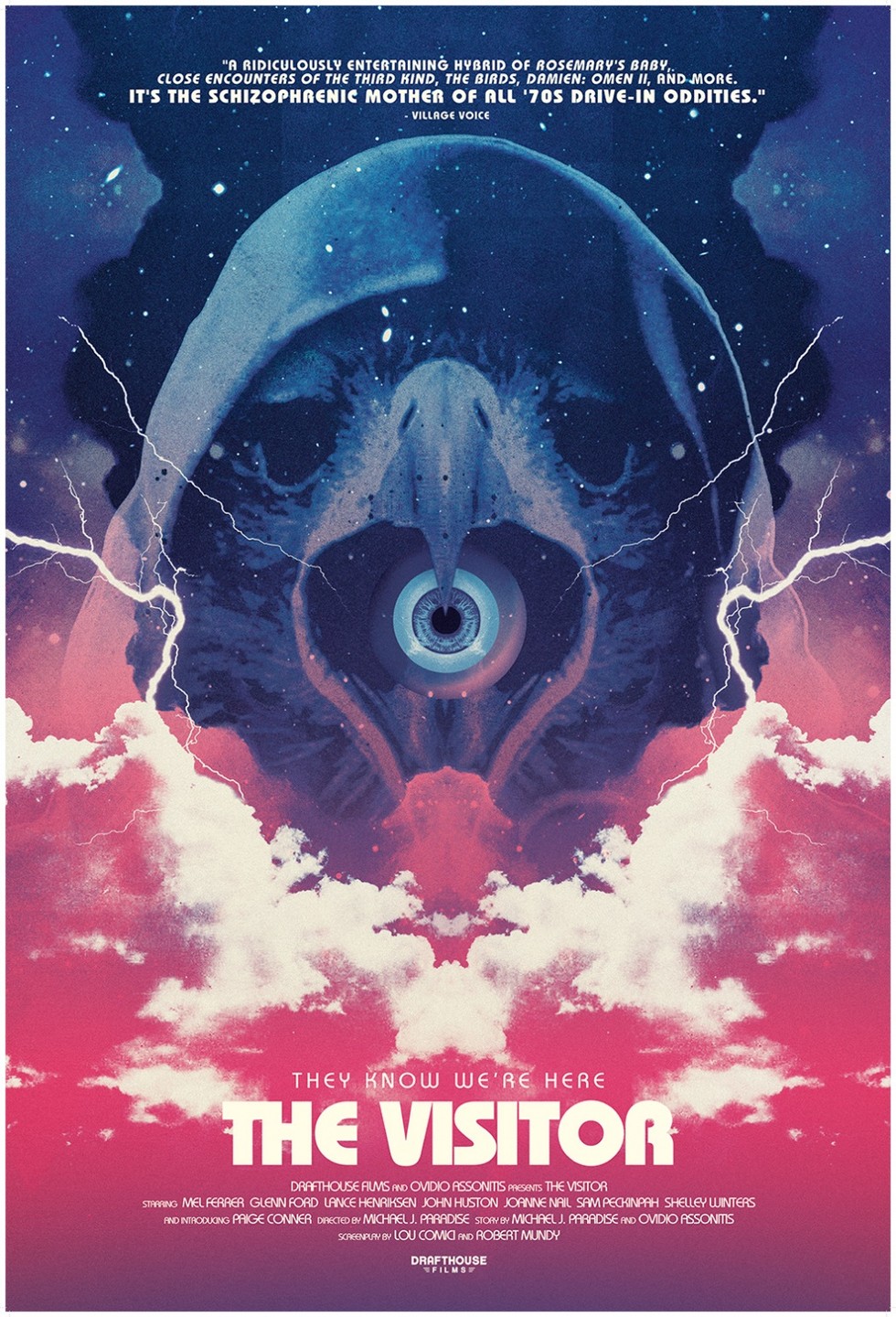 Previous Next
The Visitor 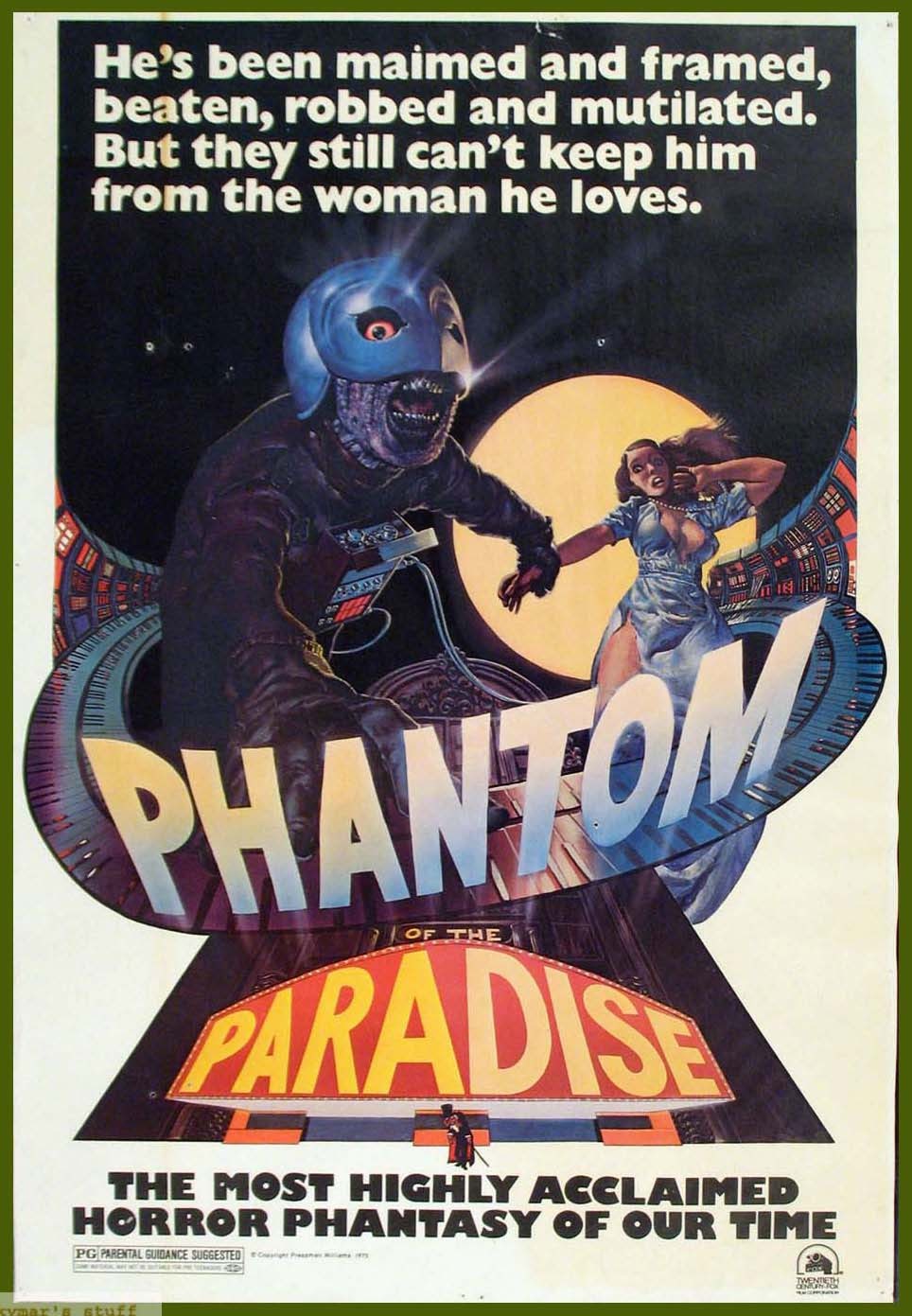 Previous Next
Phantom of Paradise 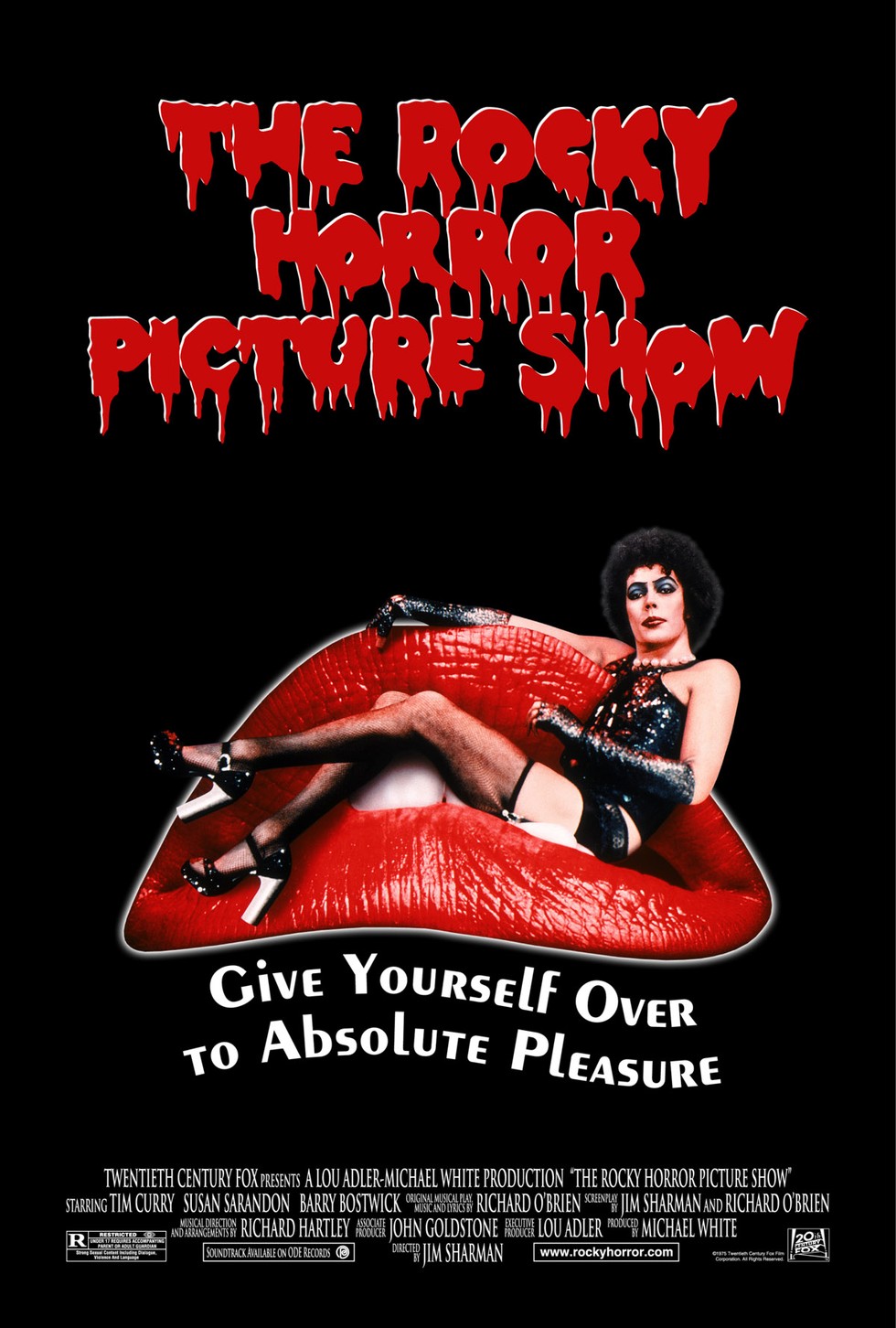 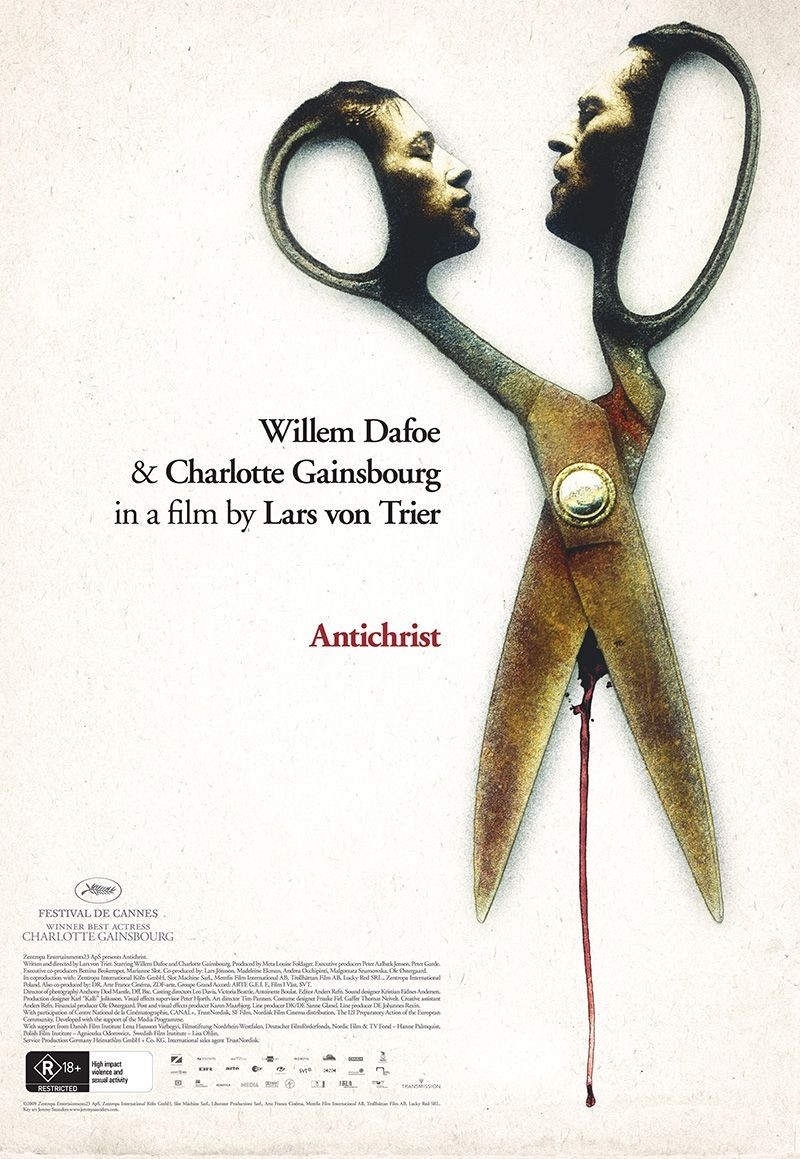 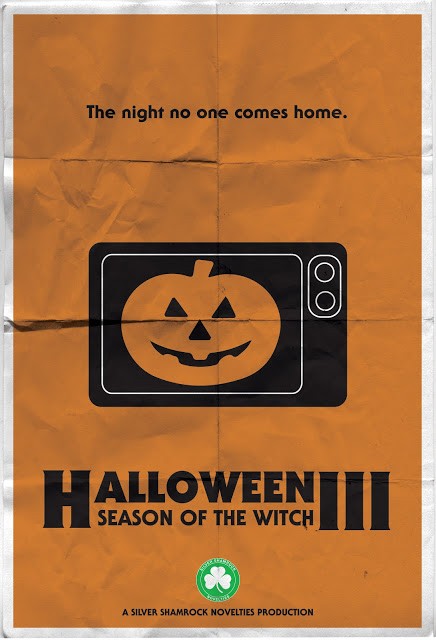 Previous Next
Halloween III: Season of the Witch 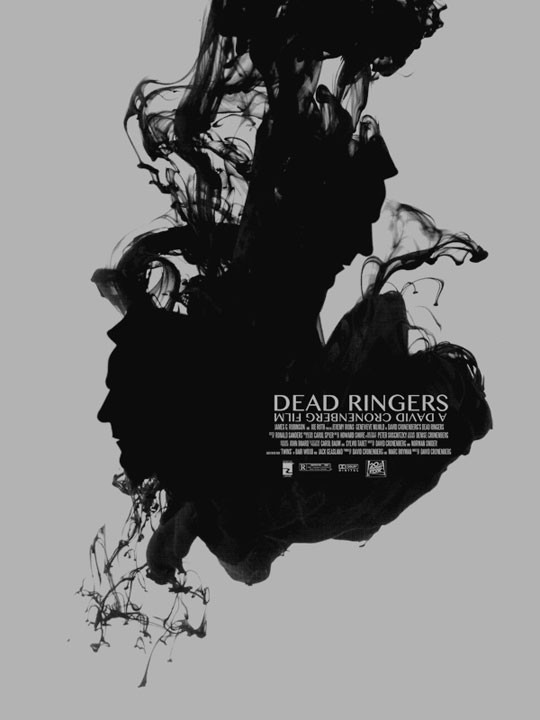 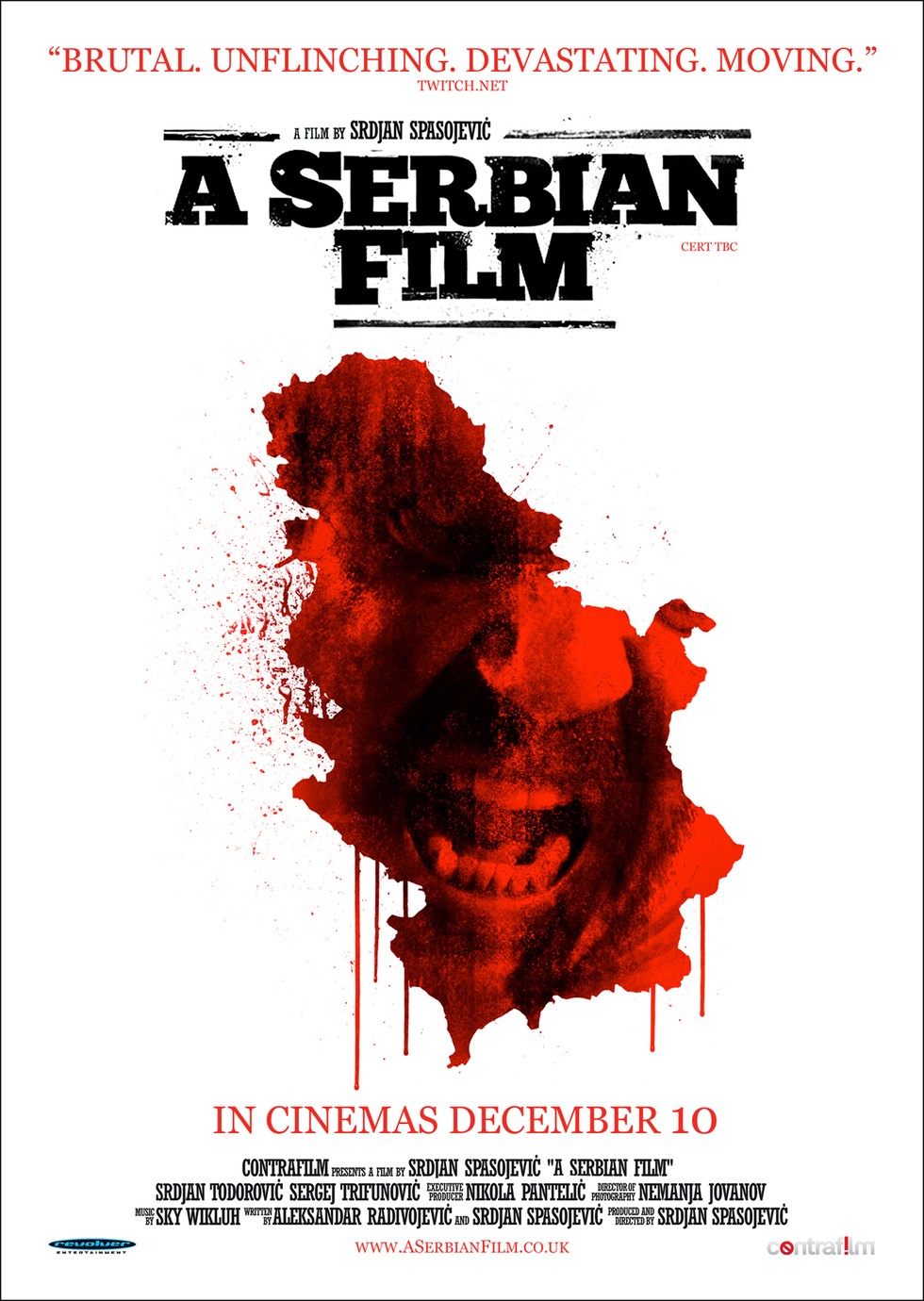 Previous Next
A Serbian Film 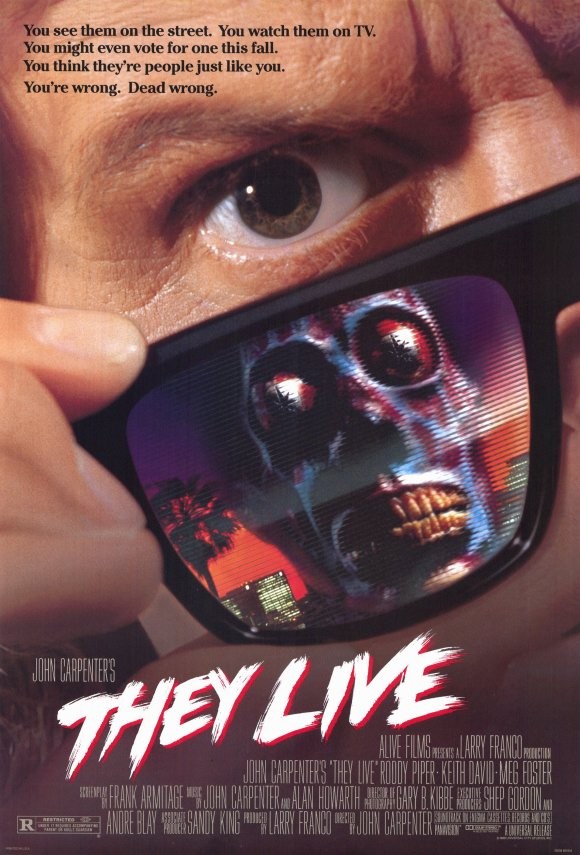 Previous Next
They Live 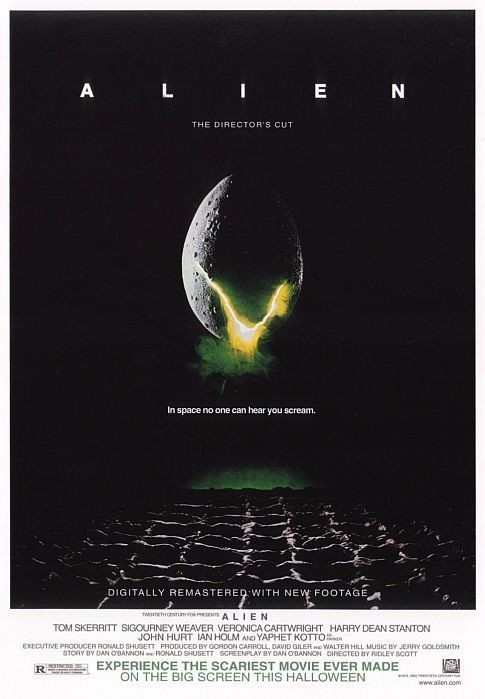 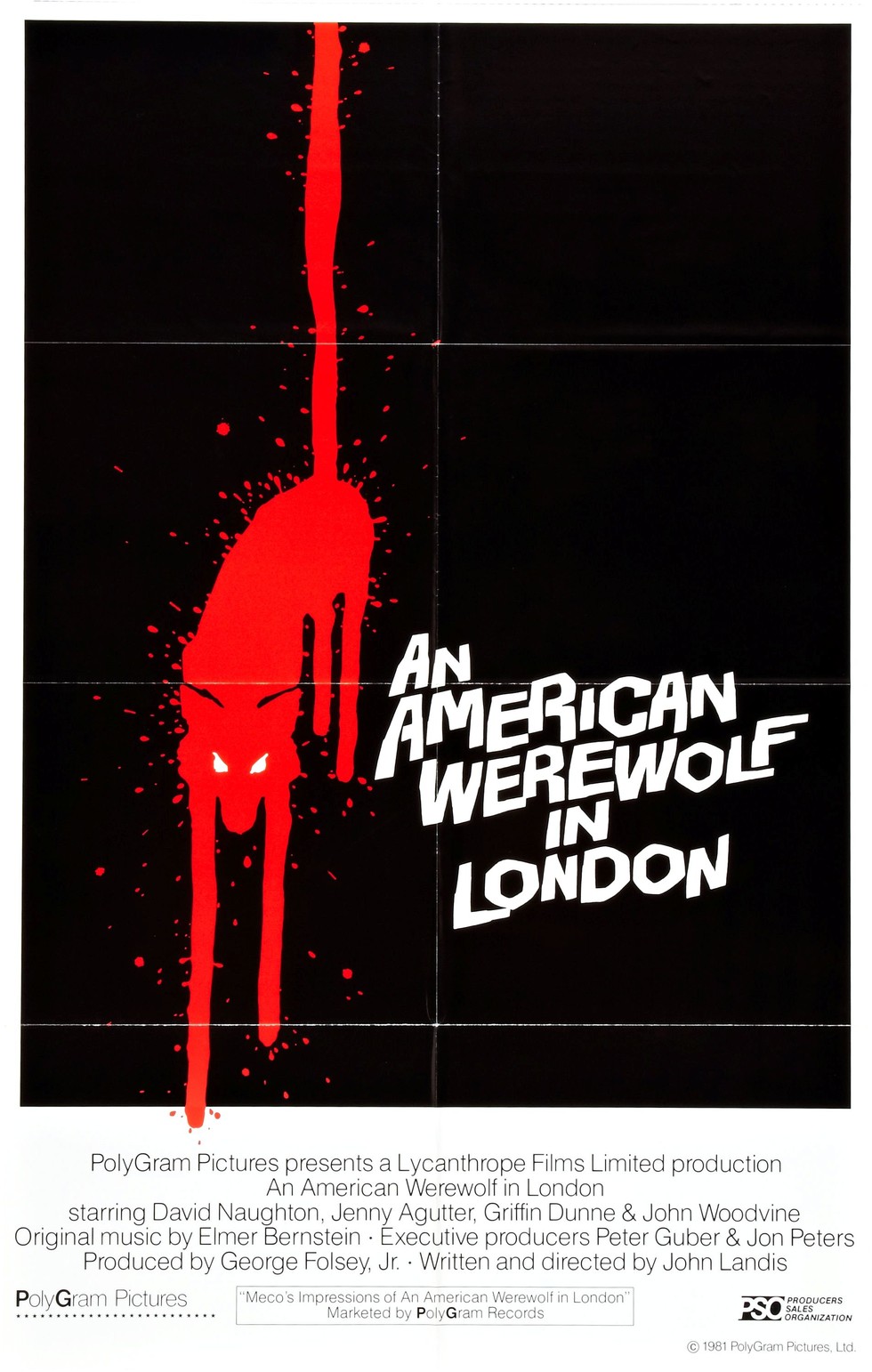 Previous Next
An American Werewolf in London 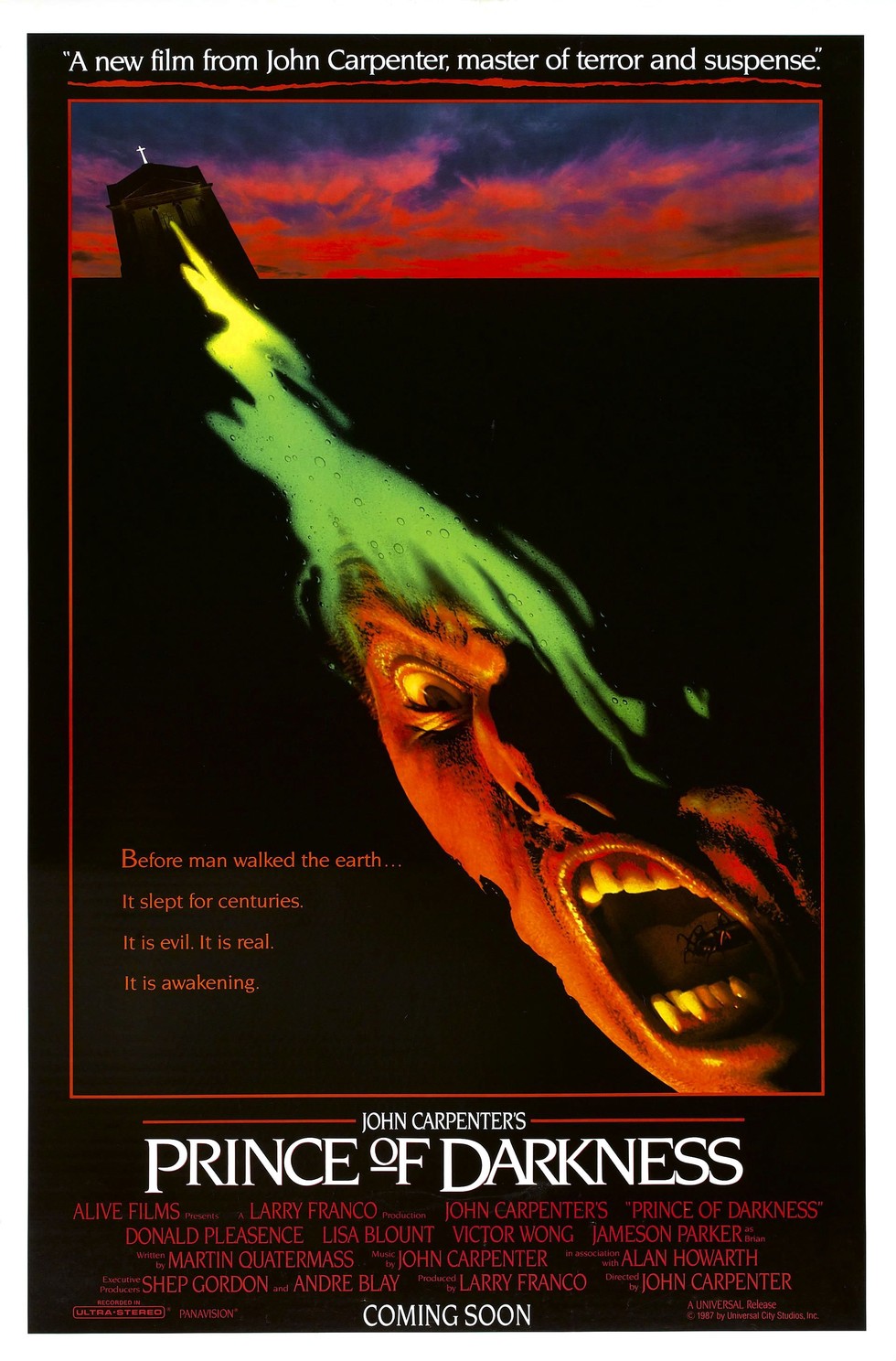 Previous Next
Prince of Darkness 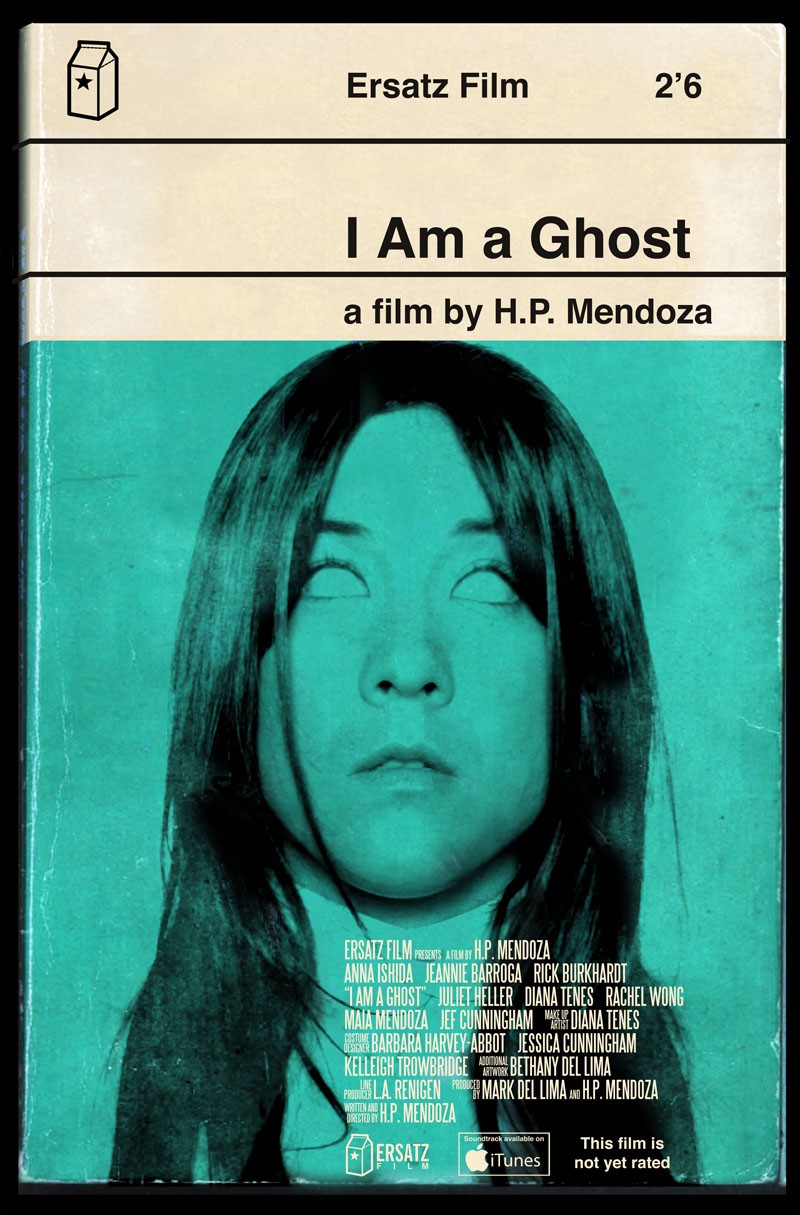 Previous Next
I Am A Ghost 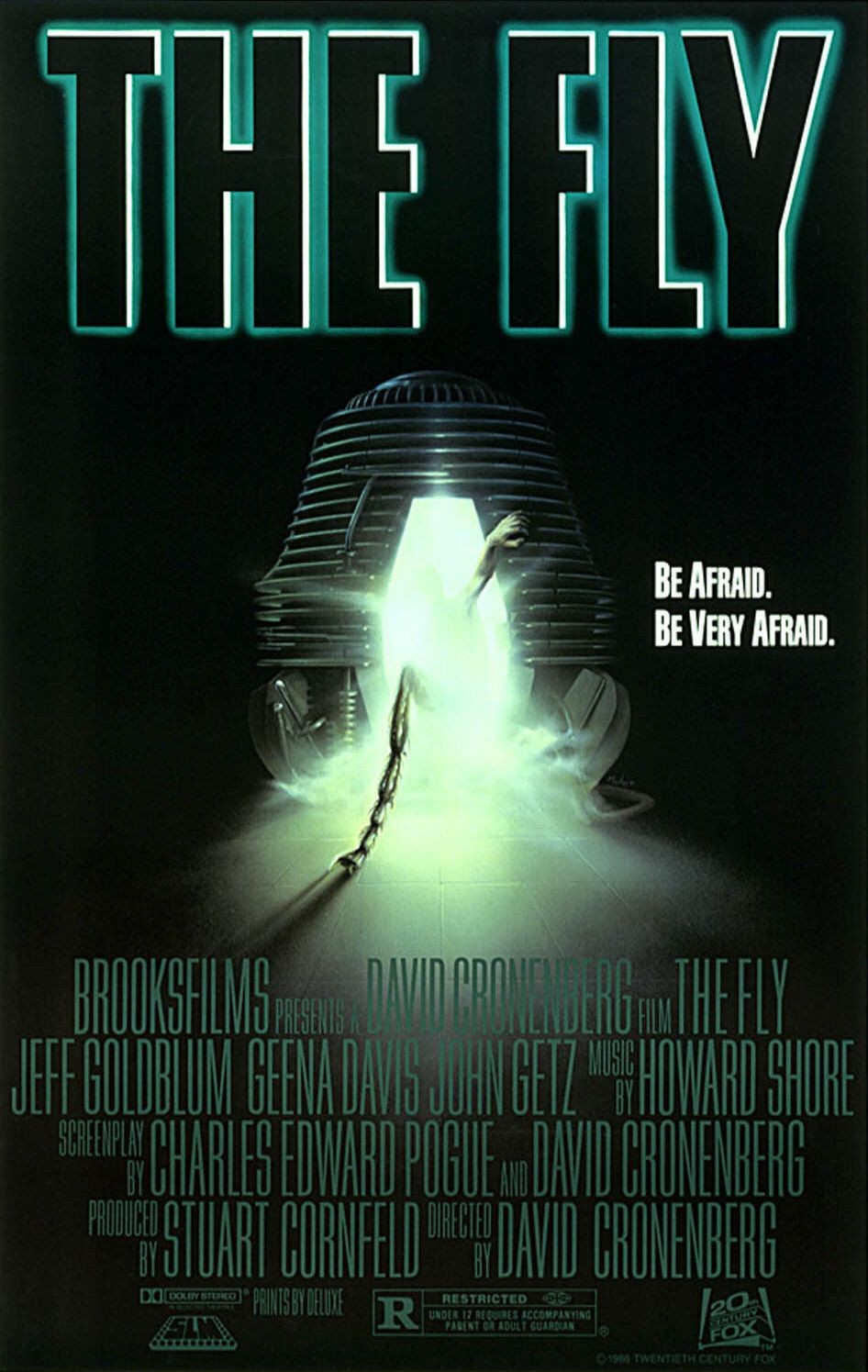 Previous Next
The Fly 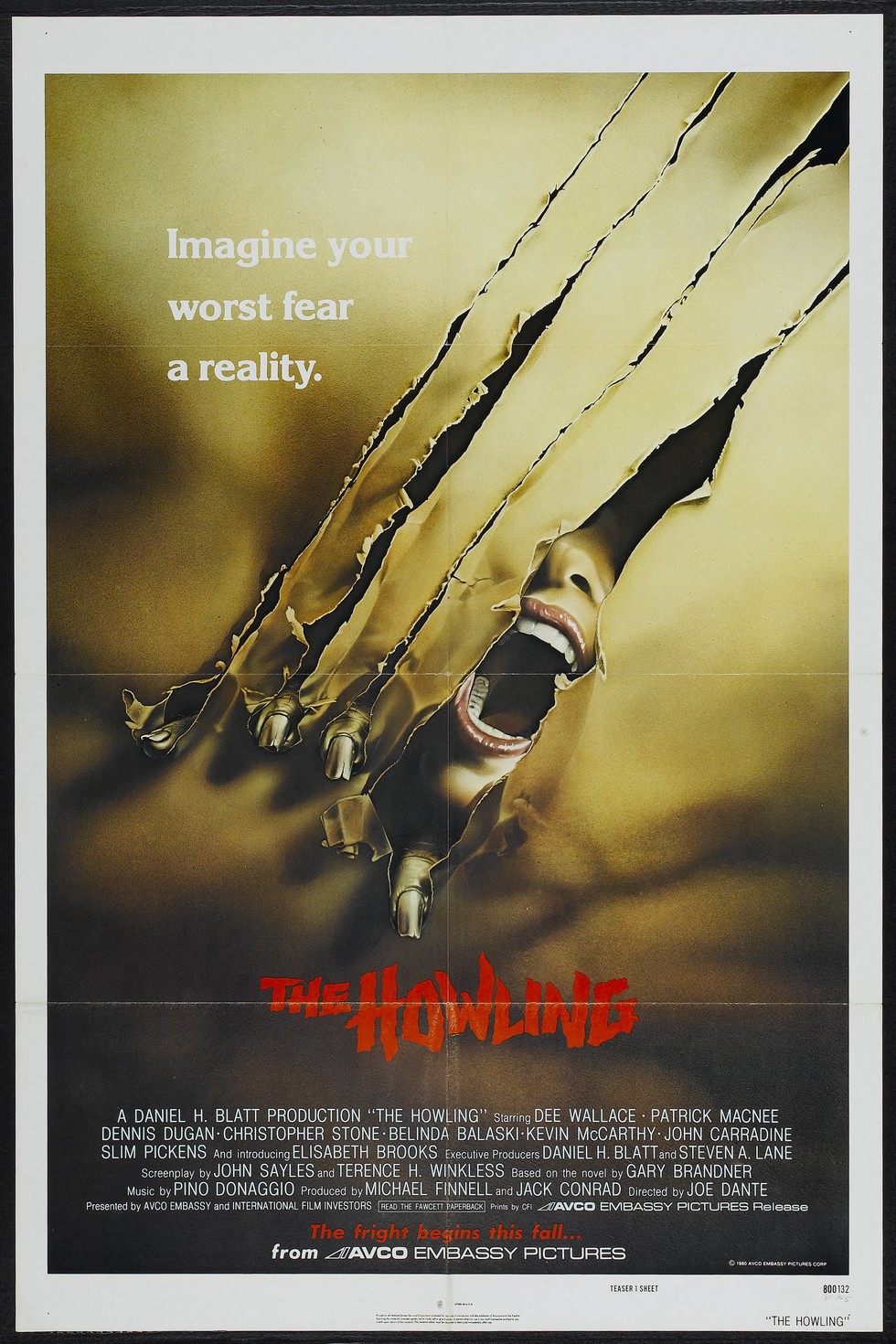 Previous Next
The Howling

They say you can't judge a book by its cover. That may be true, but a great horror movie always has to have a great poster. Check out some of these wild posters from our list of 13 horror gems playing around SF this Halloween season:

They Live with Prince of Darkness

Local genre-heavy film bloggers Filmbalaya present Not for the Faint of Heart Movie Night, offering a double feature of horror powerhouse John Carpenter, showing his classic aliens-among-us grime fest, They Live, back to back with an earlier entry, Prince of Darkness...and they've both for free. Earwurm Studios.

Alien - Halloween season official kicks off with the first, and scariest, of the Ridley Scott's Alien series. Horror heads might dispute the continuing fear factor of the series, but this one is the mother of all space-fright flicks. Plays with Halloween director John Carpenter's student film Dark Star, which is too campy to be scary, but  definitely worth a viewing. Castro.

Poor Devil - This rare Sammy Davis Jr. pilot also stars horror mainstay Christopher Lee (The Wicker Man) and the original Batman, Adam West. Rumor has it that Davis Jr. buddied up to Anton LaVey for sometime around its creation. It also features some great local color, with outdoor scenes filmed right here in SF during the mid 70s. Vortex Room.

Phantom of Paradise - Brian DePalma's rock sendup of the original musical was made around the same time as his ingenious Blow Up, and shares alot of the same grim and grimy atmosphere, only it's totally hilarous. Catch him if you can! The Tannery, Berkeley.

Anti Christ - Plays in the second edition Not For the Faint of Heart Movie Night hosted by Filmbalaya. Antichrist, for those who haven't seen it, is Lars Von Trier's most painful film, which, I think, says a lot. Peep the poster for a hint of the action. Ew. Earwurm Studios.

I Am A Ghost Castro - Local director H.P. Mendoza (Colma) dipped a foot into the horror pool last year with this tale of a troubled spirit, haunting the house where she died. More clever and cerebral than your typical ghost story, this one has chills, but may resonate more for fans of "In Treatment" with a taste for the paranormal. Castro.

An American Werewolf in London w/ The Howling

This international werewolf double feature boasts some bold shocks, satisfying gore and some of the best original special effects to ever hit the screen, including a werewolf transformation that still hasn't really been topped. Stay for both! Castro.

Halloween III: Season of the Witch

One of the lesser entries into the series, but the lead-in is priceless: "A large Halloween mask-making company has plans to kill millions of American children with something sinister hidden in Halloween masks." Great costume ideas abound. Vortex Room.

Rocky Horror Picture Show - The special all-hallows-eve showing of the cult classic boasts a number of special guests and performances. The Clay.

This long-forgotten sci-fi/horror hybrid, finally being released in it's original glory by Drafthouse Films, allegedly "fuses elements of The Omen, Close Encounters Of The Third Kind, The Birds, Rosemary’s Baby, The Fury and even Star Wars creating the most ambitious of all '70s psychedelic mindwarps." (link) That sounds like an awful lot to handle at once.. but if the awesome poster is to be believed they just might have pulled it off. Roxie.

There's less gore and more dread in store for viewers of this Cronenberg double bill, but there's plenty of the director's signature body horror and you get to see a young Jeff Goldblum naked, which I've been told is actually a selling point for some people. Castro.