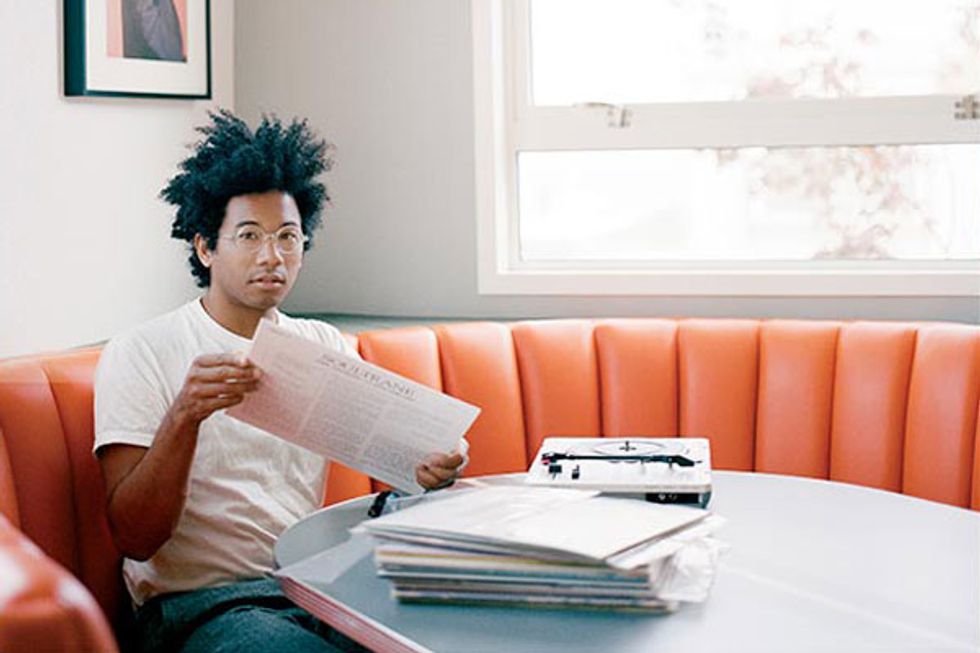 Judging from the beats flowing from Chaz Bundick’s dance-oriented project Les Sins, the mastermind behind another act, Toro y Moi, is riding a chillwave right into the club. Call it a case of being touched by San Francisco nightlife, which the South Carolina native has been sampling since following his now-wife to Berkeley three years ago. Bundick, whose second full-length album, Underneath the Pine, was listed on Pitchfork’s Top 50 Albums of 2011, explains, “I’ve been into electronic music for a while. It’s funny to see it slowly creep into popular mainstream music, mainly house music, because it wasn’t interesting to most Americans for a long time. It was too happy and upbeat.” Lesson one for those ready to be schooled: Les Sins’ debut album, Michael, is a nod to two Michaels, Jordan and Jackson, and will be released November 4 by Bundick’s subsidiary label, Company, on Carpark Records. “Each track was an experiment,” he says. “Messing with genres from drum ’n’ bass and garage to deep house and R&B.”

CB: Someone who's buzzing is my keyboard player Anthony Ferraro. He plays music under the name Astronauts, etc. He sings in songs in a sexual falsetto—it's like a sexy Bon Iver.

KC: Who are you obsessed with?

CB: I'm always obsessed with Paul McCartney and George Harrison. I think of those two guys as sort of my imaginary mentors. You know, I would also ask myself, what would Paul or George do, when it comes to music?