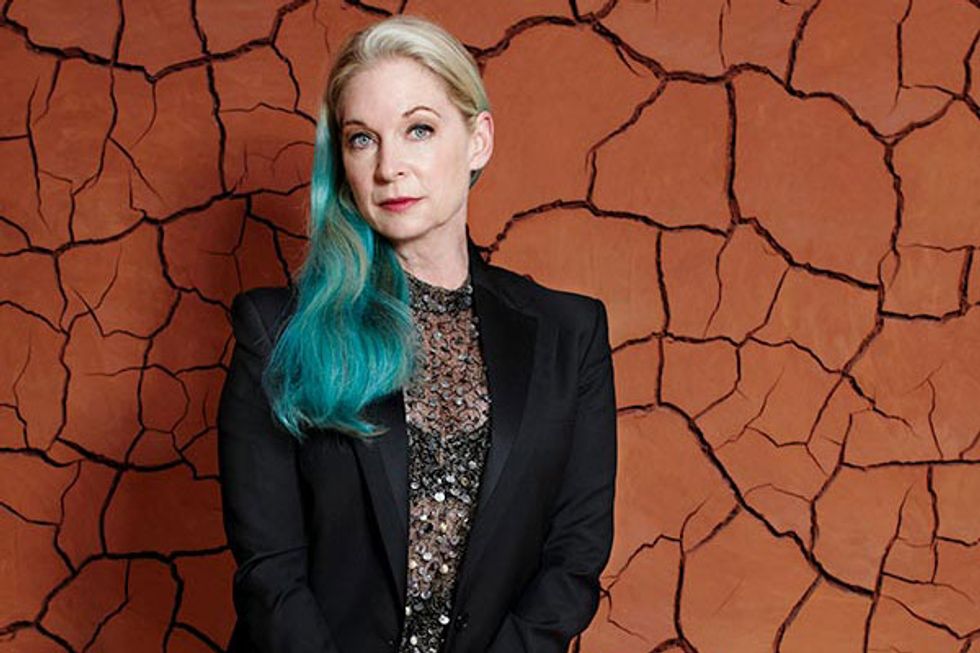 Executive Director of FOR-SITE and Curator of “@Large: Ai Weiwei on Alcatraz” / age 58

Cheryl Haines has a request. She’d very much like a ranger uniform from the Golden Gate National Parks Conservancy, not an unreasonable request considering the many public art installations she’s put in our protected outdoor spaces. There is the “spire” among the trees at the Presidio from sculptor Andy Goldsworthy. There is the work of an impressive 16 artists, including Bill Fontana and Cornelia Parker, to commemorate Golden Gate Park’s 75th anniversary. And this fall, what she’s calling “the perfect storm” will blow in: The highly anticipated blockbuster show “@Large: Ai Weiwei on Alcatraz,” an installation by political dissident and international multimedia art superstar Ai Weiwei, will grace the Rock.

The once-in-a-career lightbulb went on in Haines’ head during a visit to Ai’s Beijing studio right after his 2011 detainment by the Chinese government on charges of tax evasion, widely believed to have been trumped up to silence his criticisms of what he believes are the Chinese government’s corruption and human rights violations. “What if I brought you a prison?” the Dolores Heights resident, who spends 40 percent of her time scouting art around the world, suggested to the artist. Six visits to China and countless 3-D renderings later, the final result is an experience of Alcatraz that’s both familiar—it is the world’s most famous prison—and unlike anything you’ve ever seen before. Seven original works, including sculpture, sound, and mixed media, challenge visitors to ponder whether art is a conscious act that can set you free.

Will the non-artsy in the crowd get it? Haines, who says curating is a “constant dance” between the artist and the public, is looking forward to the popular reaction. “It’s one of the…things I love about my job,” she says.

Although Alcatraz’s star curator would like to spend more time in her yurt in Nevada City, Haines’ next proposed project could again see site specific work on public land. That park ranger regalia could really come in handy.

CH: I very much enjoy walking around the Presidio; in particular, Fort Scott. Not very visited, it’s a wonderful combination of natural and social history. It’s a very special place.