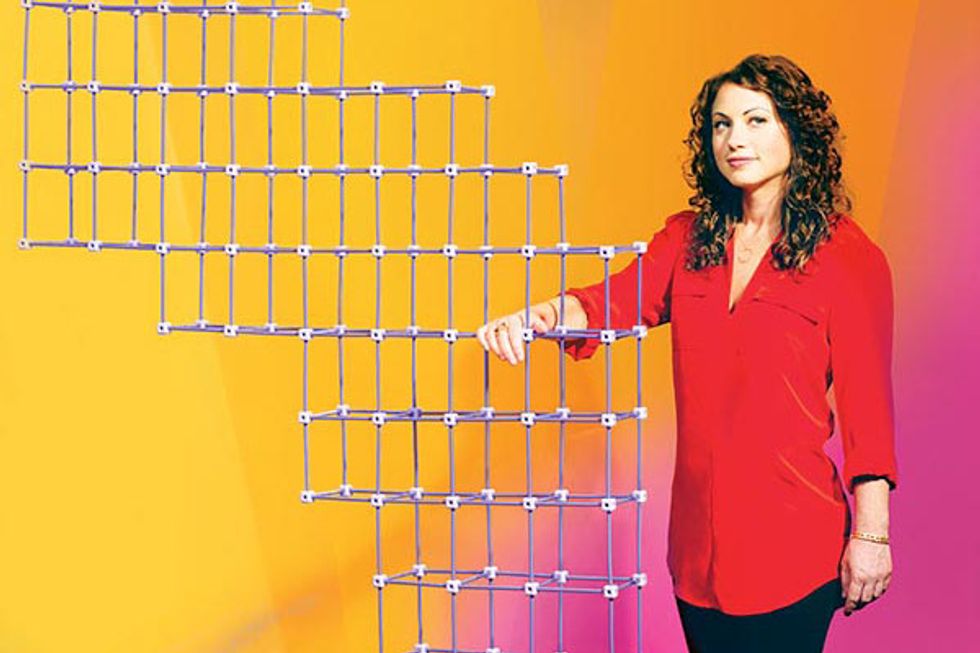 Goldie, the fictional heroine of GoldieBloxtoys, is a suitable alter ego for creator Debbie Sterling. Both use their wits to solve problems when faced with obstruction or rejection: When her dog refuses to take a bath, Goldie builds a dunking machine; when she couldn’t get funding from traditional toy manufacturers, Sterling took to Kickstarter to fund her set of books and construction kits aimed at girls, which teach and reinforce STEM (science, technology, engineering, and math). In less than a year, GoldieBlox was on the shelves at Toys “R” Us.

And Sterling has moxie. Her TEDx talk, in which she recounts the humiliations involved in being only one of five woman in an 85-student engineering class at Stanford, went viral for its wry send-up of brogrammer culture. Her small company (23 employees) proved its might, airing a Rube Goldberg-esque commercial set to the Beastie Boys song “Girls.” Turning the lyrics on their head (“Girls to build the spaceship / Girls to code the new app”), the spot was an instant sensation on YouTube, garnering a slot during the 2014 Super Bowl for their second ad set to Slade's "Cum on Feel the Noize" (Come on take your toys, Girls make some noise! More than pink, pink, pink; We want to think.).

DB: I am a karaoke fanatic. The Mint is my local spot. I’m not a good singer at all. But you don’t have to be a great singer. You just really have to own it. I sing 4 Non Blondes’ “What’s Up!” I also do Alanis Morissette’s “You Oughta Know.” I think I like angry-woman-belter ballads.