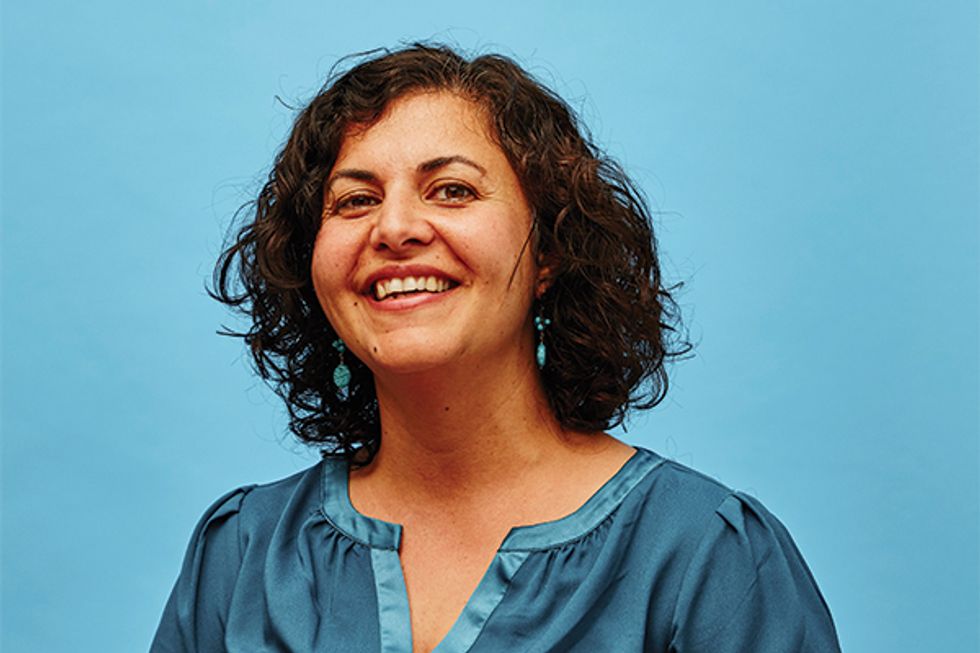 If Vendela Vida and Dave Eggers are the famous faces of 826 Valencia, executive director Bita Nazarian is not only the wheel that keeps the Mission-based nonprofit working, she's the driving force behind the organization's upcoming expansion.

For 13 years, 826 Valencia, cofounded by Eggers, has offered writing programs, tutoring, summer camps, and more to underserved kids ages 6-18. For over 10 years, Nazarian has sat at the helm.

A former teacher at Everett Middle School, she fell in love with 826 when the organization established its first Writers’ Room at Everett back in 2003. Compelled by the desire to help more children improve their writing and communciation skills, the director conceived of a plan to expand all the wonderful goings-on of the Valencia Street location into another neighborhood in the need.

"We started talking about the Tenderloin because it was very accessible," she recalls. "Within six months from having the idea, we were able to collect $900,000 from local and private donors (with support from Mayor Ed Lee)—this was even before having the physical location.” That location will be the site of Big Boy Market, a liquor store on Golden Gate Avenue, with a 15-year lease.

The new 5,200-square-foot space will include a writing lab, staff offices, and store called King Carl’s Emporium, named after the Mission store's pet fish, Carl, "who travels around the world," says Nazarian. "We're going to sell our well-known books and supplies. As for the programs, we will start with field trips targeted to high school students and an after-school writing program for kids."

Committed to closing the Bay Area education gap, 826 Valencia won a $500,000 grant in this fall's Google Impact Challenge, thanks to a people's choice vote. The money will help to fund this latest venture, “an imagination-filled, community-based tutoring center to help 2,000 local students increase their writing skills, engage in learning, and find their voices.”

In addition to its two San Francisco locations, as well as local in-school projects, 826 is also charting waters further afield. 826 National is a U.S. educational network that provides 826's signature programs for low-income students in Chicago, Boston, Los Angeles, New York, Ann Arbor, and Washington D.C. Meanwhile in the Tenderloin, look for the latest address to open its doors in the spring of 2016.  //  826valencia.org