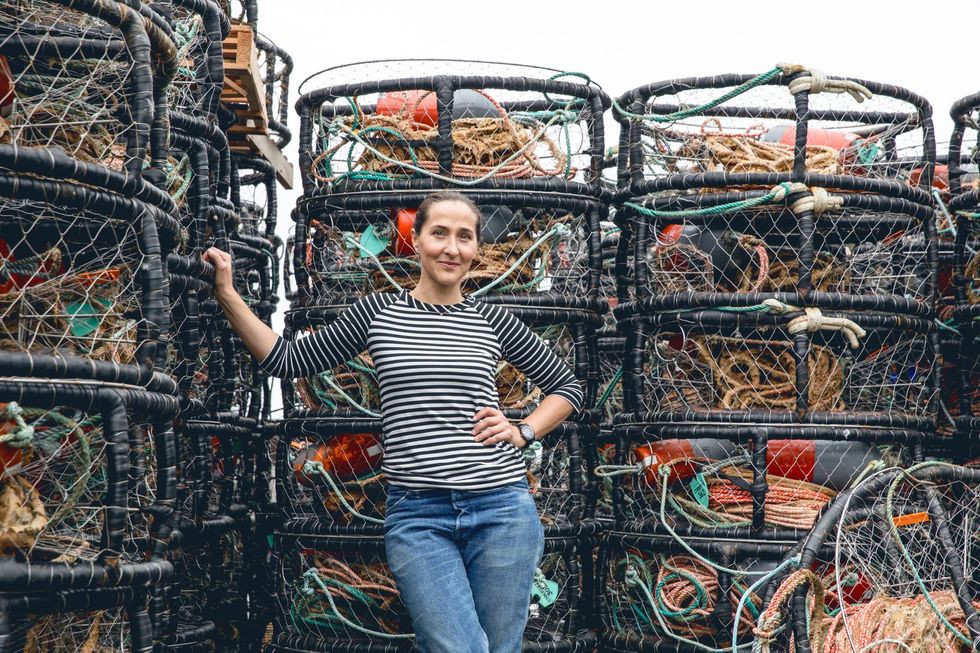 If there's one city that tops most travel wish lists these days, its Mexico City—the capital of our southern neighbor is undeniably on the lips of every tastemaker for its hot-as-fire food scene, among other things. And when one talks of Mexico City, Gabriela Cámara's name is sure to come up.

The chef-owner of the city's most sought-after reservation, Contramar, is also its golden child, with endless charm and talent that has wooed the food world's biggest names (she counts Alice Waters and Tartine's Chad Robertson among her fans).

And so, when Cámara moved to San Francisco last fall and decided to open her first stateside restaurant, the buzz was deafening, and the anticipation high. Cala—Spanish for cove, signaling the menu's celebration of seafood—debuted in Civic Center in September, and the excitement continued just last week with the opening of back alley lunch spot, Tacos Cala. “There are very few things that are more comforting than a fresh taco. With fresh tortillas...are you kidding?" she says, with trademark passion.

Cámara has a thing for ingredients, as most chefs do, but coming to the region with fresh eyes has given her a perspective and appreciation not yet so jaded by northern California's ridiculous bounty. “Making a restaurant is so easy here," she says. Qué? “It's expensive, but here you can get things you can't find anywhere else. And all the vegetables, every potato has been cared for as if it's a little creature in danger. In Mexico, we've lost so many crops of native things from our area, like tomatoes and potatoes. Here, I've enjoyed the appreciation of rarity, with vegetables, wheat. I've always made an effort to do things with rare ingredients, but here it's really easy because many chefs are into it, and I think it's wonderful," she says effusively.

What's better, Cámara is as refreshing in her attitude towards ingredients as she is about staffing her restaurant, opting to work with programs like Delancey Street, which helps train individuals with a criminal record, to employ 70 percent of her restaurant. It was a move inspired by GM Emma Rosenbush, who met Cámara in Mexico City when she was doing pop-up restaurants and previously worked in Berkeley's Prison Law Office. In a city with a notorious staffing crisis, Cámara found few obstacles down this path. “There's a huge pool of people eager for jobs. They've served their time. Why wouldn't you give them an opportunity?" she says.

Why not, indeed. Cala's menu also touches on a hot-button topic—that of tipping. Service charges are included in the prices (which at first glance do appear high), a bold move that has surprisingly not been an issue. “I think people are really sympathetic or want to support us, which is really wonderful. I knew it was a good thing for the city. I think San Francisco has a really fucked-up social difference—all these people who can afford to live here, and all these people who are from here that can't afford it anymore. They're outcasts in their own home. Socially speaking—the better it will be," she explains, her motivation coming from a place beyond just making a buck. “I feel purpose in opening this restaurant and giving people work, and using ingredients that other people don't want to use."

Perhaps an outsider's outlook is just what our food industry needs to tackle its most pressing problems. // calarestaurant.com