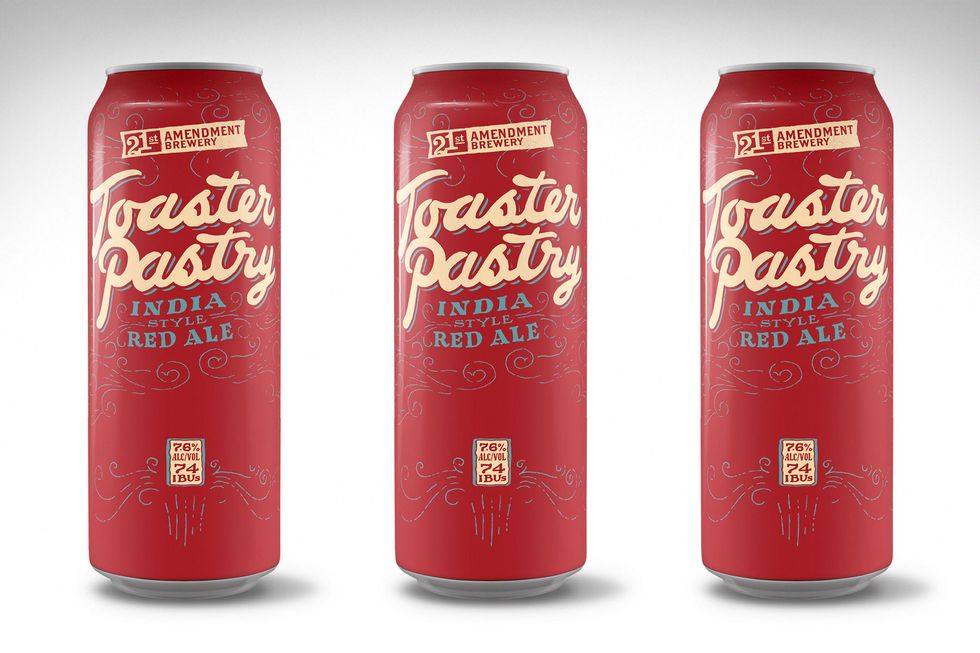 The massive 95,000-square-foot space, not far from the Oakland airport, actually opened to the public back in June. But this Saturday, the brew team is swinging the doors wide open for a grand opening party of epic proportions.

Fair warning: The new brewery isn't completely finished—still in the works are a tasting room, restaurant, floating bar, outdoor beer garden and game area. ("We're on a three year plan," jokes cofounder Nico Freccia.) But you can still go tour the ginormous brewery this Saturday and get down to live music, munch from the food trucks, and try your hand at watermelon bowling. Admission is free, with beer and food for purchase, and there will be complimentary transit to and from BART.

The big draw, however, is 21A's newest concoction: the Toaster Pastry Indian red ale. In homage to the former Kellogg Factory space that 21A now calls home, the brew's biscuit malts give it a slightly nutty, crust-like taste, while pale and dark crystal malts offer flavors reminiscent of strawberry jam and your favorite childhood breakfast pastry. Taste it at the party, then look for it in big 19.2-ounce cans, the new and permanent size for the brewery’s seasonal offerings.

For anyone of the mind that pop-tarts and beer don't mix, 21st Amendment will naturally have 21 beers on tap at the San Leandro facility, many of which will be experimental brews only available here. In fact, the fancy new digs give 21A the initital capacity to brew eight different types of beer at once—that's as much beer as they were previously able to brew over the course of an entire year in SF. Wowza.

21st Amendment has already released its inaugural beer in the new facilities.

21st Amendment joins other East Bay breweries Drake's and Cleophus Quealy in the industrial region of San Leandro. We'll be on the lookout for collaborations between the local brew pubs in the near future.