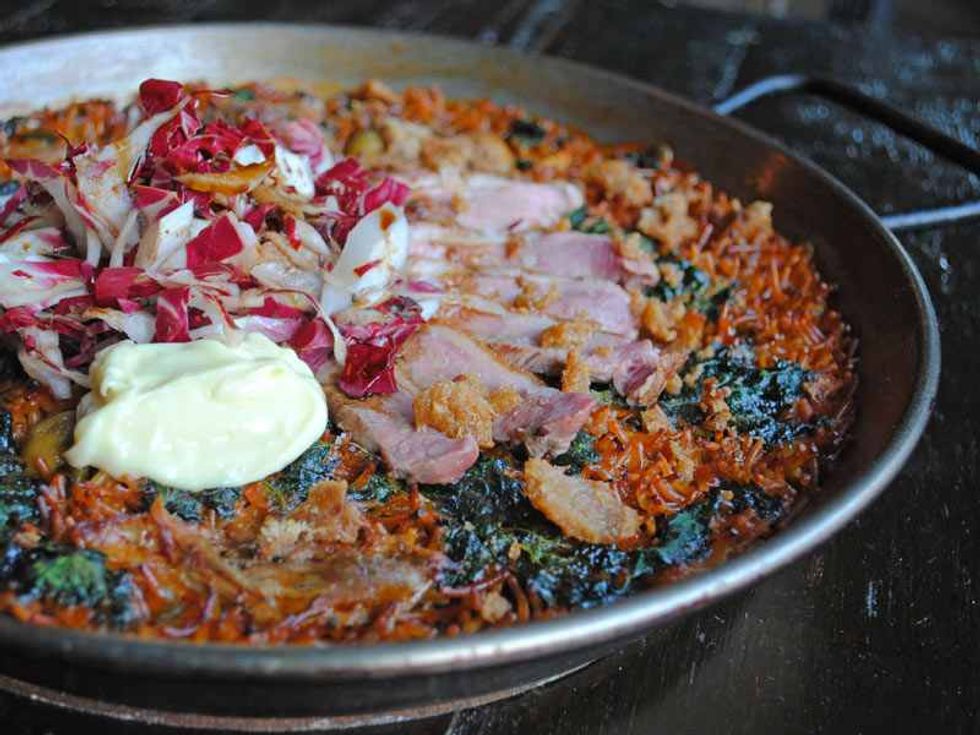 The weekend’s here again, and it’s time out for excuses. Get on over the Bay Bridge so you can check out some of the East Bay’s most underrated gems.

Oakland’s Uptown district is a hotbed of flavorful happenings. Duende, a Basque-inspired restaurant that facilitates the intersection of Spanish cuisines, artisan wines, and eclectic music, remains at the forefront of the district’s most cultured destinations. The bistro occupies the historic Art Deco building near the corner of Telegraph and 19th Street. It doesn’t get much better than a dining area filled with culinary greats, a bangin’ bodega, and a loft above the kitchen housing a bandstand meant for new improvised musical acts every night. Come by and get your fill of thrills. 468 19th Street, Oakland.

Reasonably priced threads with an urban edge are hard to find these days, especially if you’re into supporting small businesses with some character versus humdrum chain stores. Old Oakland’s Popuphood is the city’s newest retail game-changer, placing a number of independent merchandisers in various storefronts or vacant spaces and helping revive neighborhoods through creative engagement. In addition, Popuphood members host art receptions, live demonstrations, and a variety of workshops that appeal to urbanites that share the desire to innovate, one block at a time. Clients have included McMullen, Impact Hub Oakland, Umami Mart, Manifesta Salon, and Manifesto Bicycles. Support your local retailers and get some cool returns along the way. 150 Frank Ogawa Building, Suite 1B, Oakland.

Nestled in the middle of Oakland and Berkeley Hills residential neighborhoods and just miles away from UC Berkeley, Panoramic Hill holds a cherished hiking favorite for the most active weekenders. The spot is surrounded by eucalyptus, pine, and oak forests that boast nature’s magic. Enjoy a 2-hour workout with blissful views of the San Francisco Bay to keep you in good spirits while you sweat. 1001 Panoramic Way, Berkeley.