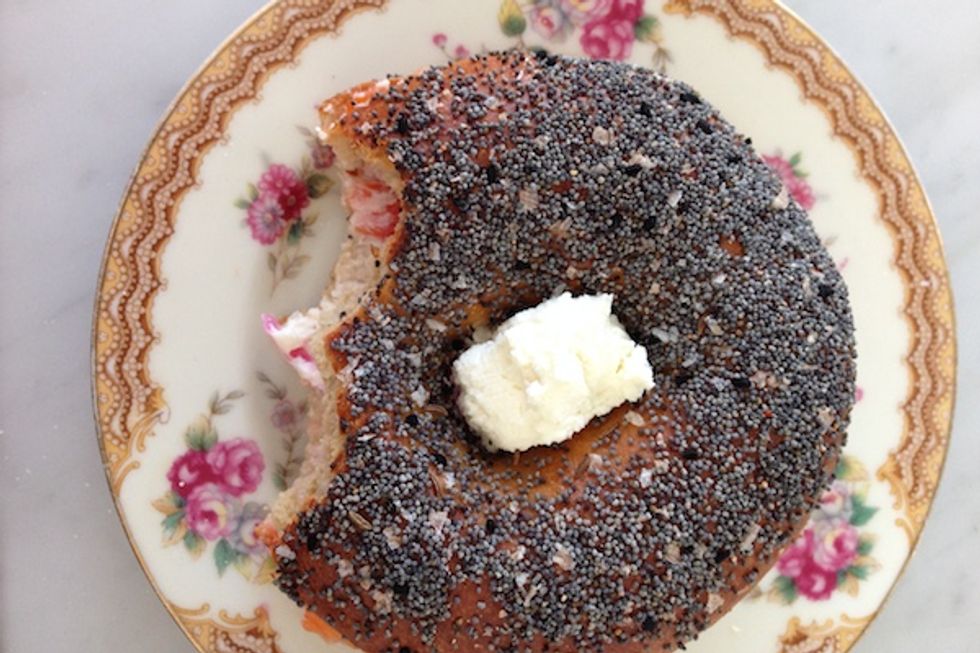 5 Cravings, from Bagels to Hot Chocolate

Schuyler Bailey is hungry. Here are her cravings this week.

Everything bagel at 20th Century Cafe

You could say I’m on something of a bagel quest. It started with real life pregnancy cravings and has turned into my grail, a la Monty Python, fraught with comedy and disappointment given my East Coast upbringing and the current state of bagel affairs in SF. Bagels here are another thing entirely, though, and I have found a most flavorful one in the hand-rolled everything bagel at 20th Century Cafe. While a bit tougher than I’d like, the heavily seeded crust is an equal match to briny smoked salmon and pickled shallots, along with fluffy cream cheese and dill. On a pretty vintage plate in the unfiltered light of this lovely cafe, it’s quite the way to spend a morning.  // 198 Gough St. (Hayes Valley), 20thcenturycafe.com

Sure, the burger, fried chicken sandwich, and deviled eggs at Marlowe are the bomb, but they shouldn’t be the only things that get all of the delicious credit. I prefer to lead each of them off with the little gem salad, a riotous mix of seasonal greens (now being punctuated by nearly technicolor carrots and radishes), with a smash of avocado brightened by a blast of citrus vinaigrette. Consider your palette whetted. // 500 Brannan St., (SoMa), marlowesf.com

I have such fond memories from Tadich Grill, usually involving steaming cups of something. The cioppino, a tomato-based broth packed with clams, prawns, scallops, bay shrimp, crab, mussels, and fish, is famous for good reason. And since the opening last month of their Washington DC outpost on Pennsylvania Avenue, it’s practically our patriotic duty to celebrate with a bowl. // 240 California St. (FiDi), tadichgrill.com

Given the choice of thin crust and deep dish, I will likely go for the latter every time—I like my pizzas hefty. And the namesake Little Star deep dish doesn’t disappoint, with a creamy blend of spinach with both feta and ricotta, plus mushrooms, onion, and garlic, topped with robust chunky tomato sauce for ooey gooey layers of sheer joy, all encased in a toothsome cornmeal crust. Add sausage, and you’ve got yourself a party. // (Mission, Western Addition), littlestarpizza.com

It’s that time of year when I can down chocolate in liquid form at any time of day. So a jaunt down to Dandelion is absolutely necessary when a mug of thick, rich, positively decadent European drinking chocolate, made from their award-winning bars, is on the other end. They call it Italian-inspired, and to that I say, perfetto.  // 740 Valencia St. (Mission), dandelionchocolate.com