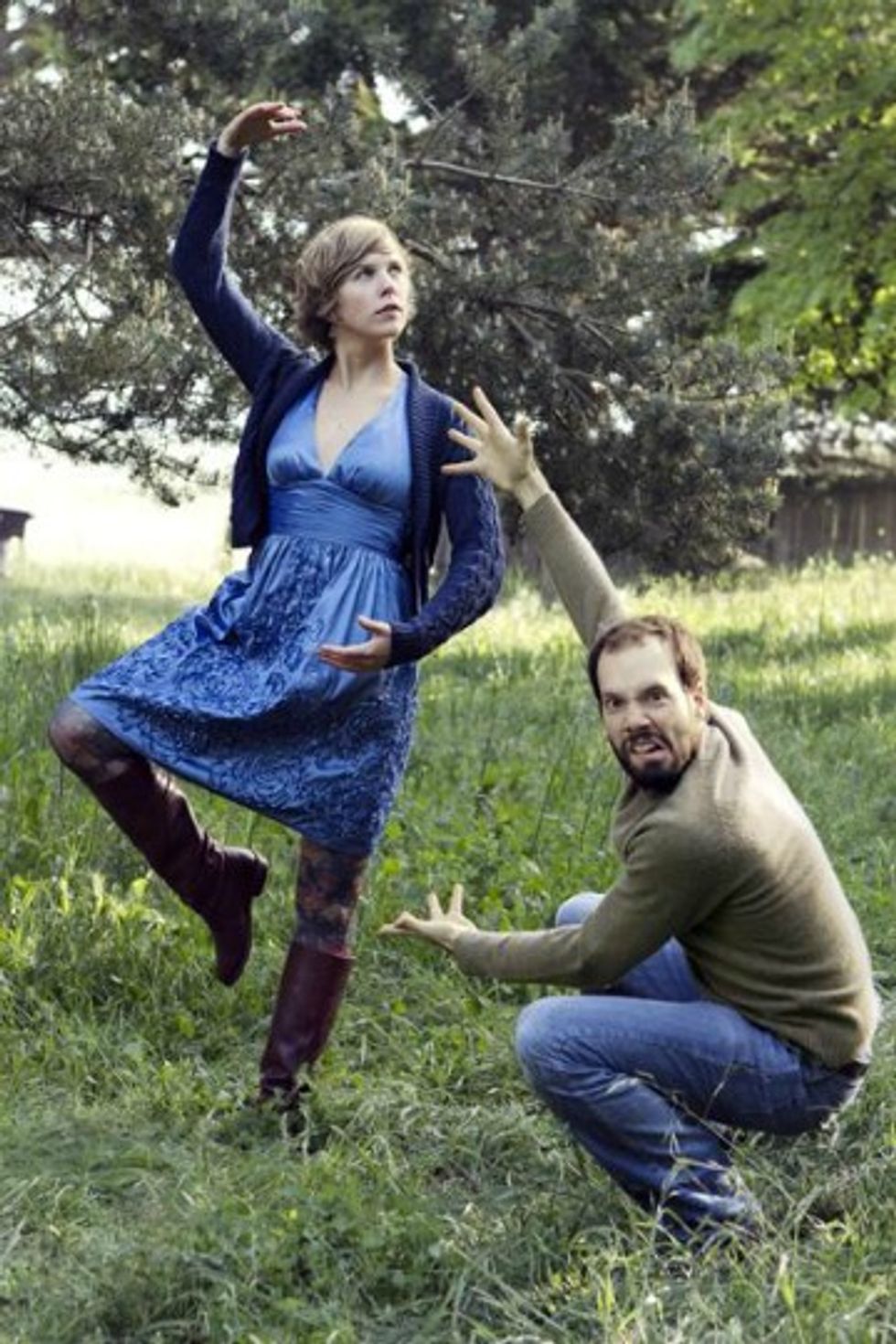 5 Shows to Open Your Heart and Wallet For This Week

May we suggest chasing your Valentine's Day love tonic with a musical back? We've got one V-Day concert on the docket and a bouquet of shows later in the week capturing our hearts, minds and ears:

Producer/singer/entreprenuer Ryan Leslie may not have directly put you in the mood for love, but he has worked with plenty of artists who might be on your Valentine's Day playlist. His production credits include Beyoncé, Britney Spears, Cassie, Diddy, the Myth, Donell Jones, New Edition, and Cheri Dennis, and he's currently working with Usher. Also worth a look: his YouTube channel, RyanLeslieTV, which has been added to the Top 10 Most Subscribed Channels of All Time page and is a must-see for any R&B/urban music obsessive.

Araabmuzik, Clift Hotel (Redwood Room), Wednesday
Hopefully the folks staying at the Clift on this weeknight won't mind the exploratory beats of Araab. The producer/artist/Cam'ron co-conspirator made his name working behind the scenes for some of rap's more interesting clients, but as a solo artist he's able to be a bit more lyrical in his soundscapes. His album Electronic Dream earned Best New Music status from Pitchfork, if that means anything to ya, and we can see why these dense dance beats might make critics scribble down an exclamation point or two in their notes (we would neeever...).
Sampler: Feelin So Hood...

Lauryn Hill, Warfield, Thursday
The people keep calling for another Lauryn Hill album, and Lauryn Hill keeps replying: Meh. Since The Miseducation of Lauryn Hill, the hip-hop icon has been in and out of the public eye, but she's been relatively active of late, including a recent date in the Bay Area and an appearance at Coachella last year. And as for a new album, we might ask — does it really matter? Following up the genius of Miseducation is probably an exercise in futility, and she's been releasing new songs sporadically, so it's not like she's solely resting on laurels. She's doing things on her own terms, educating the masses with her own brand of miseducation when we need it most. Like...now.

It doesn't take long for Elizabeth Harper's voice painfully seductive voice and her alternately dreamy/dancy ballads to possess the sophisticated soul. Her high notes border on the superhuman/angelic while synths frame her words with dramatic accouterments. Sample her song "Weekend" for a study in electro pop bliss. The show is part of California Academy of Science's participation in Beer Week and co-presented by Noise Pop, which gets into full swing next week.

Symphony X, Grand Ballroom at Regency Center, Friday
We don't discuss nearly enough metal in this space, and that's mostly because I'm a very sensitive man...ladies. But I'll put some tape on my glasses and throw down in a moshpit anytime, and I can imagine Symphony X might sponsor such a thing. Here's what we know: they've been around forever, since 1994 A.D. Theirs is a proggy sort of metal, where ideas seem to be on equal footing with the carnage (and carnage being one of their favorite ideas). Their album names also sound like fantasy novel titles: The Dark Chapter, The Damnation Game, Twilight in Olympus, V: the New Mythology Suite, etc. So, what else can we say but...RAWR?

Pomplamoose, Great American, Saturday
If you haven't seen Pomplamoose's YouTube videos, you may be in the world's minority. OK, slight exaggeration, but this Bay Area couple — Nataly Dawn and Jack Conte — is changing the game of the music biz with its ridiculously popular YouTube live-action cover song videos. The duo's cover of Earth Wind and Fire's "September" is pushing 4.5 million views, which is kind of a lot, but its only half of what its eclectic "Single Ladies (Put a Ring on it)" cover has garnered (see both below). And in the past couple of years they've taken their web video success story to the realtime live stages of America. They like to keep things local if they can though, and they've been bumping up in venue profile recently...bringing them to the hallowed ground of the Great American Music Hall.