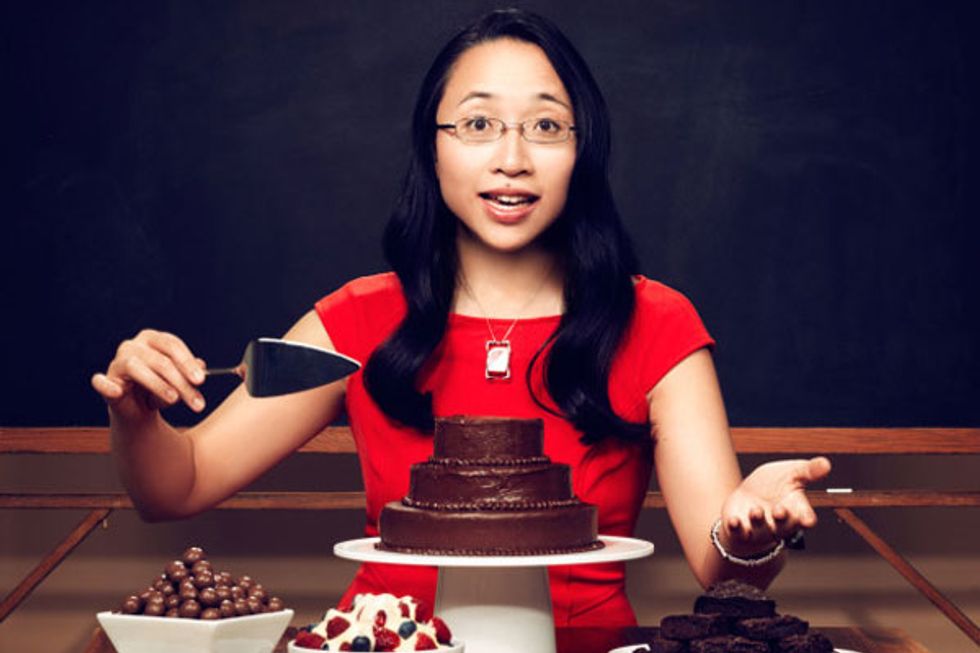 Food obsessives who left math behind in high school should consider giving it another try in the form of How to Bake Pi, a thoughtful new book from University of Chicago math professor Eugenia Cheng. In her book, Cheng explores the philosophical side of math, skipping numbers and equations and focusing on how math can reveal the underpinnings of our knowledge and understanding (including why we think tomatoes are vegetables, or how we can tell when someone takes too much cake). It's a funny, approachable, and perspective-widening look into a field that's often unjustly dismissed by outsiders.

Baseball fans are likely familiar with former Giant Bengie Molina and his brothers Yadier and Jose, the winningest family in the Major Leagues since the DiMaggios. But they owe their success to their father, Benjamin, who died of a heart attack while tending a Little League diamond in their native Puerto Rico. In his new book Molina (written with award-winning sportswriter Joan Ryan), Bengie explores why his father, a struggling factory worker and excellent second baseman, never showed up to a 1973 Milwaukee Brewers tryout, and how his sons strove to achieve the dream he never realized. It's an emotional memoir that's definitely not a standard baseball book, and could see crossover success even beyond the sport's fanbase.

In the fall of 2013, 30 Greenpeace members spanning 18 different nationalities joined forces to protest oil drilling in the Russian Arctic—and were promptly arrested and thrown into the country's brutal penal system, with sentences of 15 years. Named for a saying in Russian prisons, Ben Stewart's Don't Trust, Don't Fear, Don't Beg follows the story of the Arctic 30 as they battle sadistic interrogators, make unlikely friends among the murderers and other undesirables in Russia's prison system, and ultimately secure amnesty. The result is a fast-paced and riveting adventure story, with global consequences. (And in a strange bonus, it features a foreword from Paul McCartney, of all people.)