A Century of Love in San Francisco, Told in Vintage Photos

Valentine's Day is upon us. And whether you love it or leave it, these pictures of San Francisco couples canoodling through the ages—from the late 1800s to modern day—are guaranteed to give you the warm fuzzies. Here's to local love. 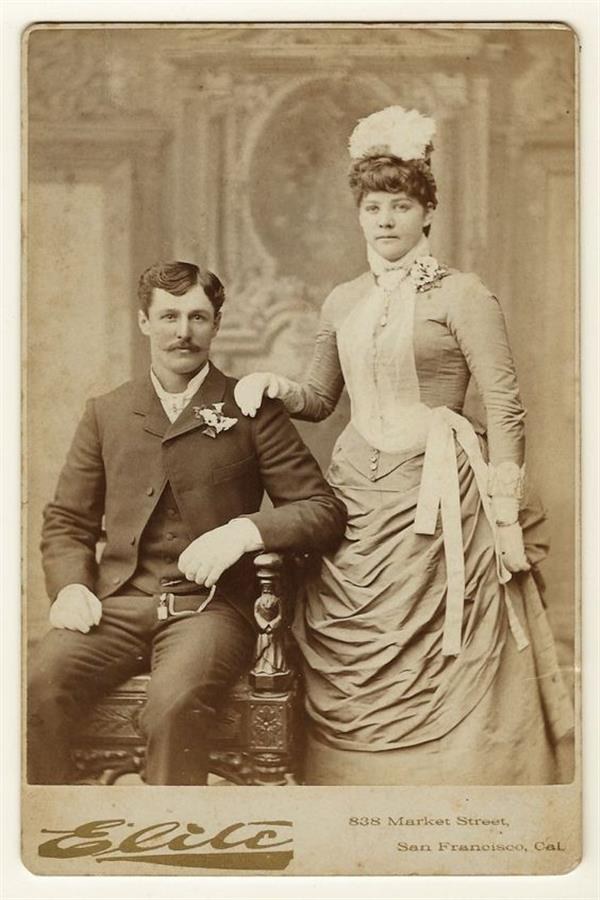 1880s or 1890s: Mr. and Mrs. Springgat decided to have their picture taken in San Francisco by Jones & Lotz at Elite Studio, 838 Market Street. (Courtesy of The Cabinet Card Gallery) 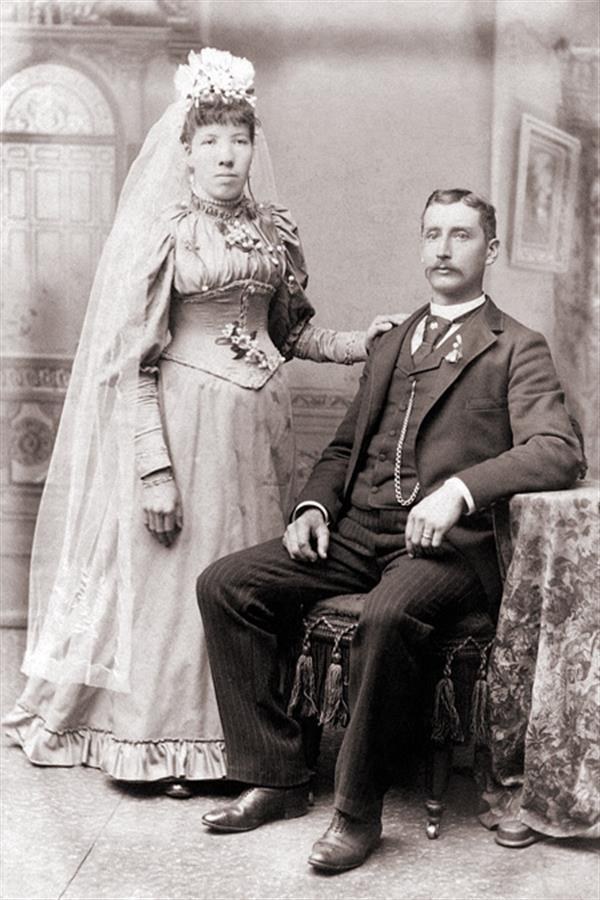 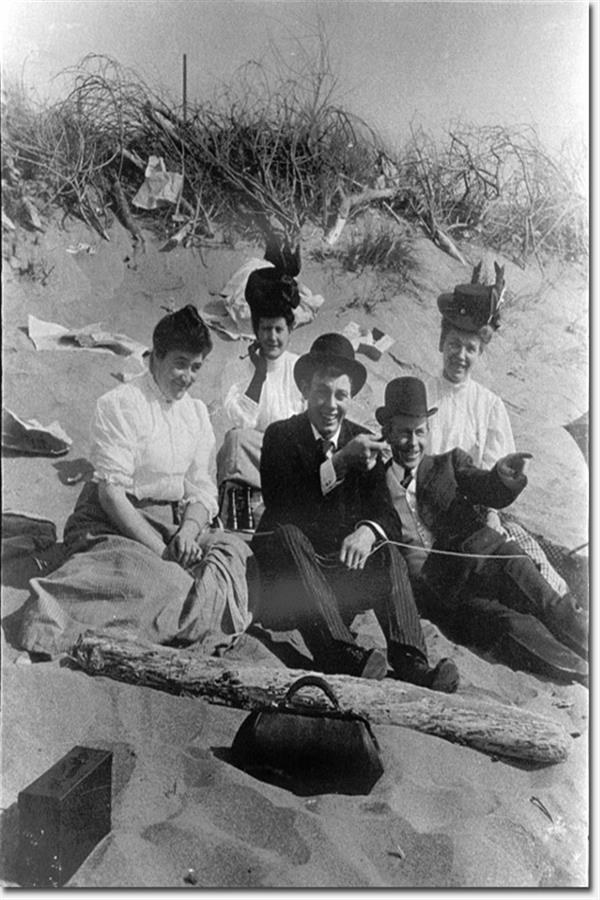 1910: Picnickers at Ocean Beach. (Photo courtesy of Outside Lands) 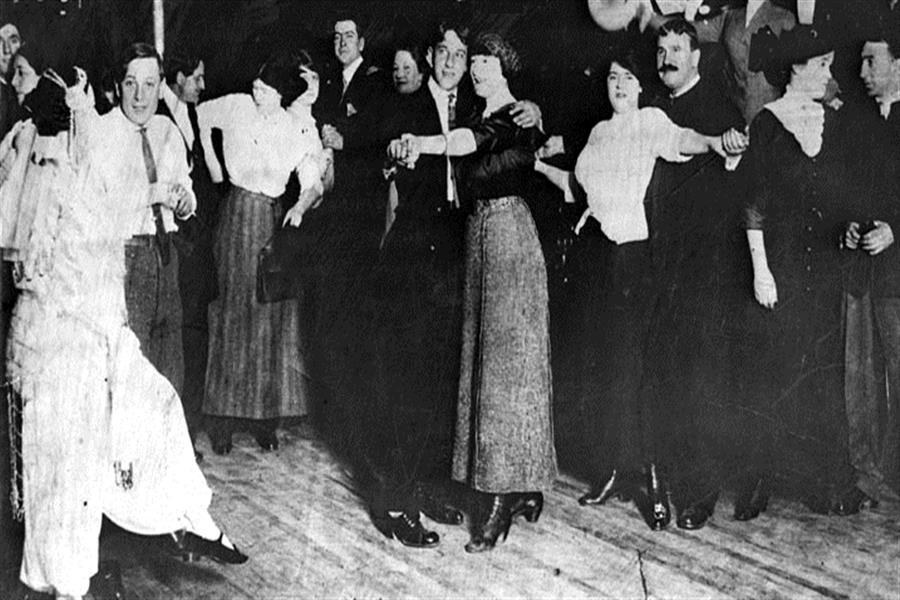 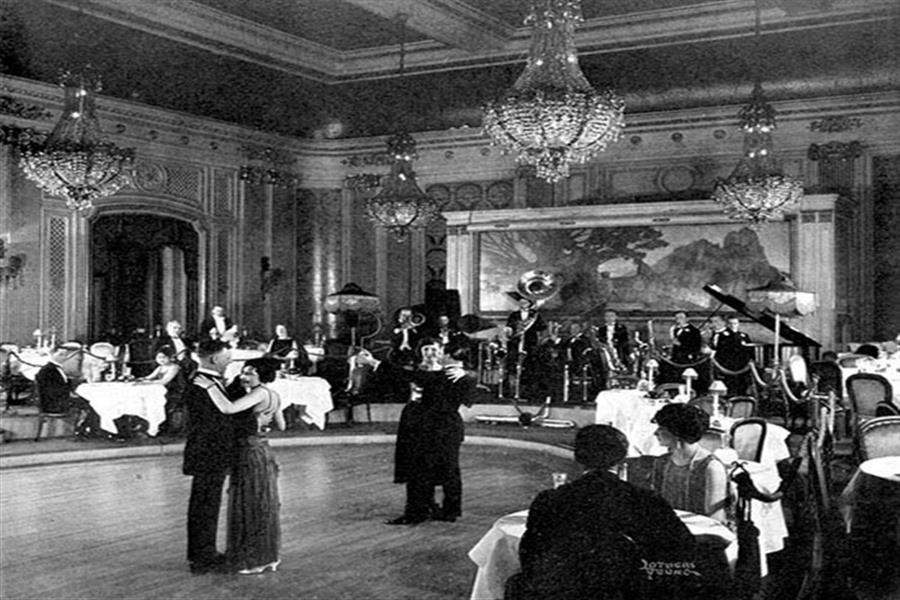 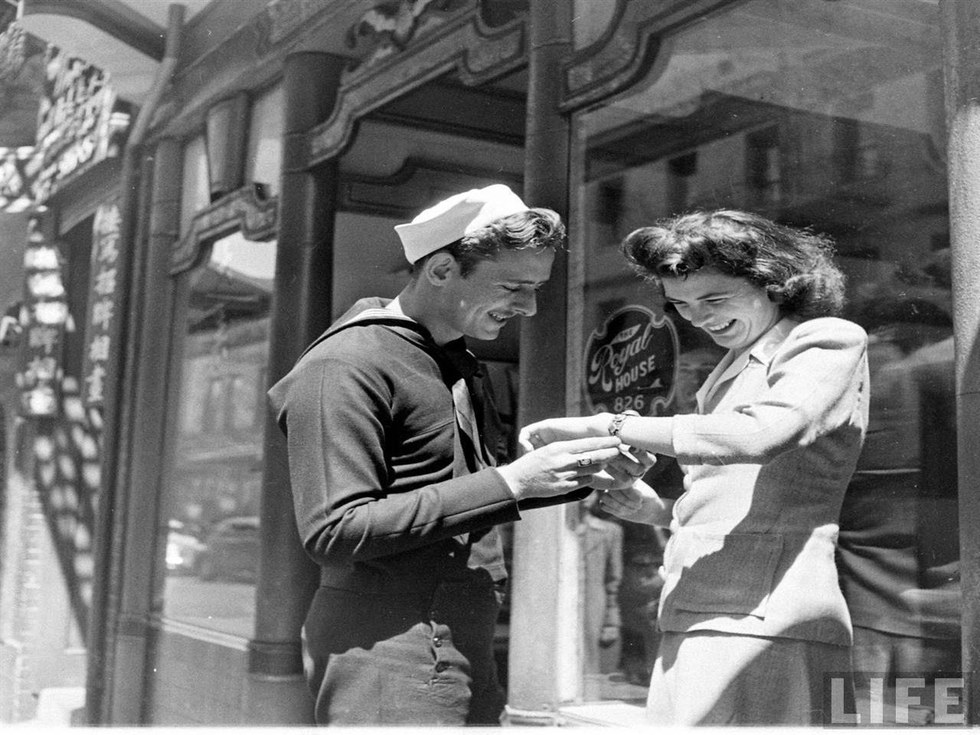 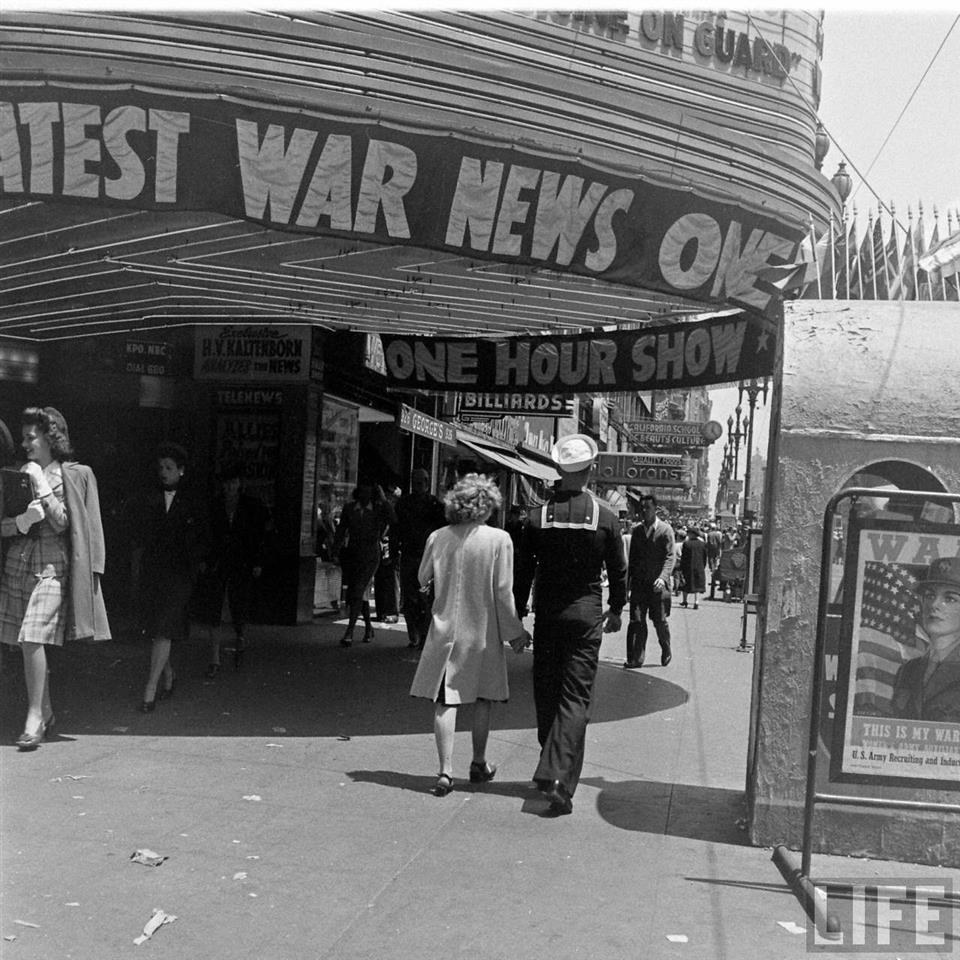 1943: A Marine and his significant other walk hand-in-hand, next to the San Francisco Telenews Theatre at 930 Market Street. (Photo by Meith Hagel, LIFE Magazine, via vintage everyday) 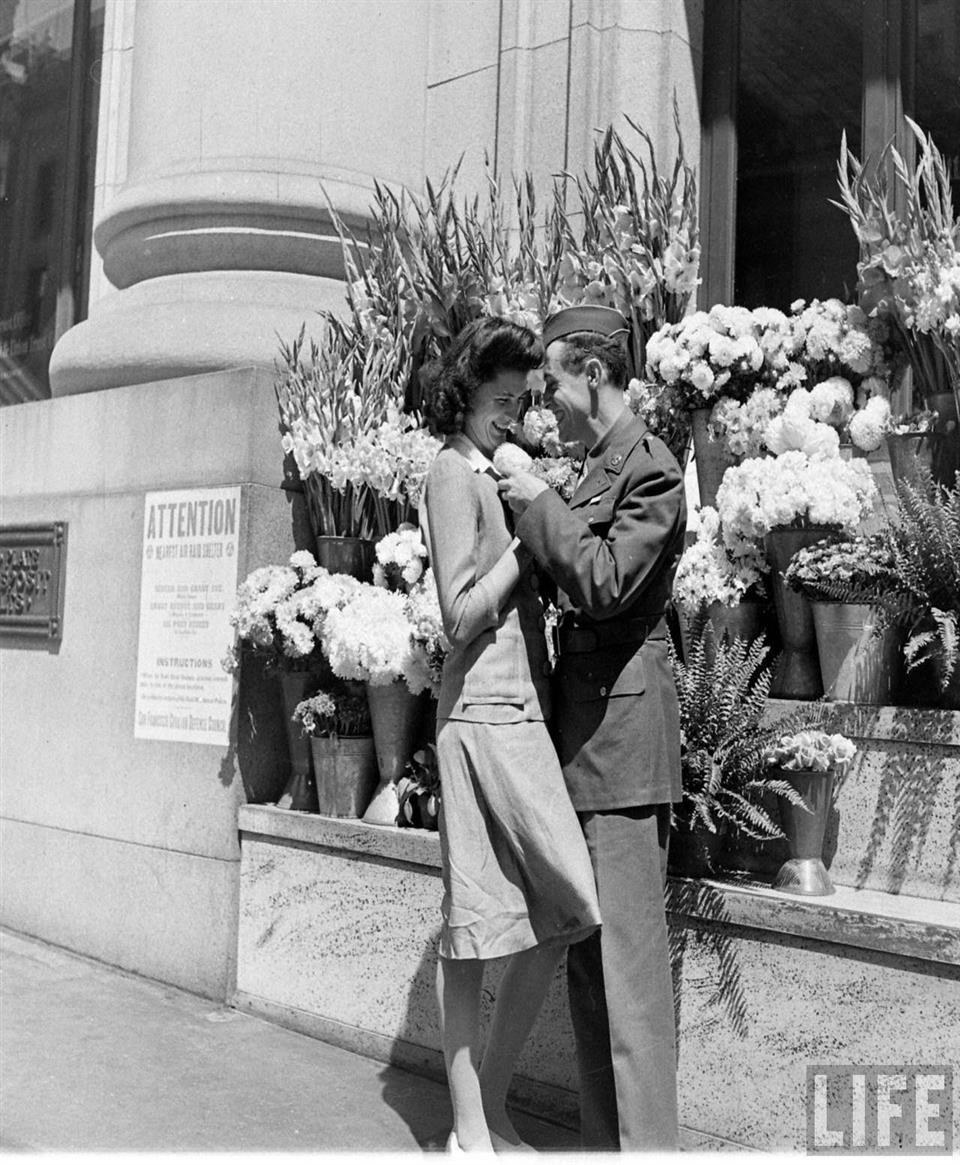 1943: A member of the military pins a bloom on his girl in San Francisco. (Photo by Meith Hagel, LIFE Magazine, via vintage everyday) 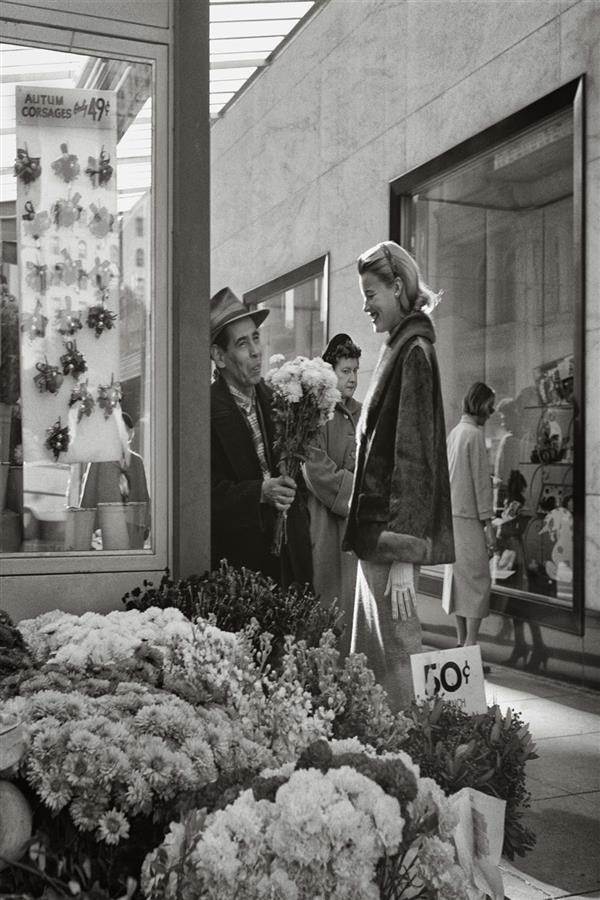 From the book San Francisco: Portrait of a City 1940-1960: Smiles and flowers for another pair at the flower stand next to I.Magnin (now Louis Vuitton). (Photo by Fred Lyon) 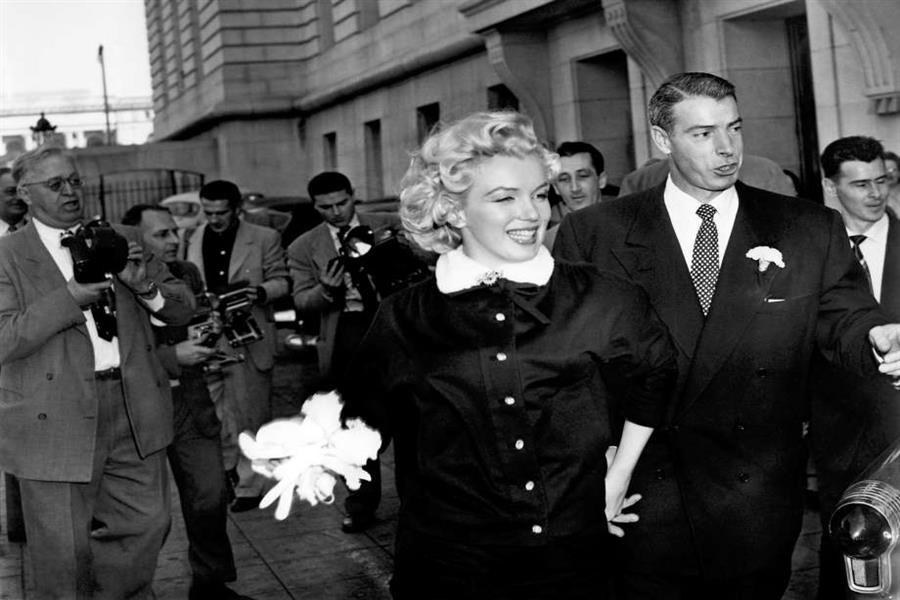 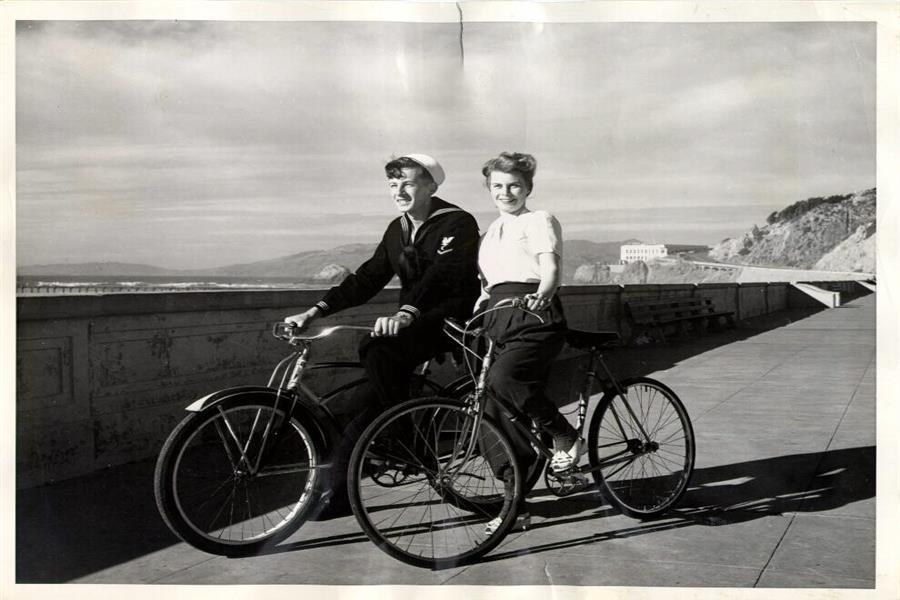 1955: Two cyclists spend some time in the sunshine at Ocean Beach, near the Cliff House. (Photo via blogspot) 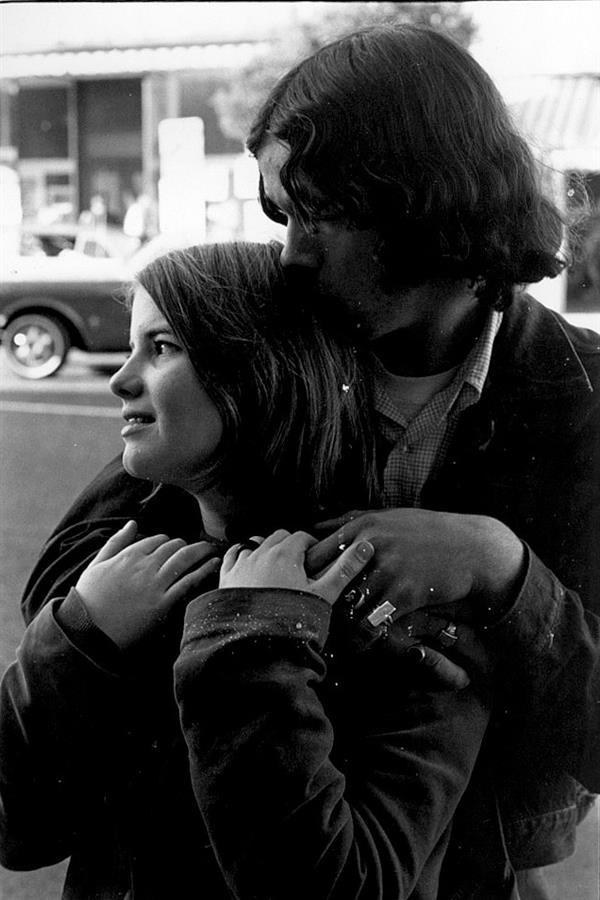 1960s: A couple in Haight-Ashbury. (Photo by William Gedney) 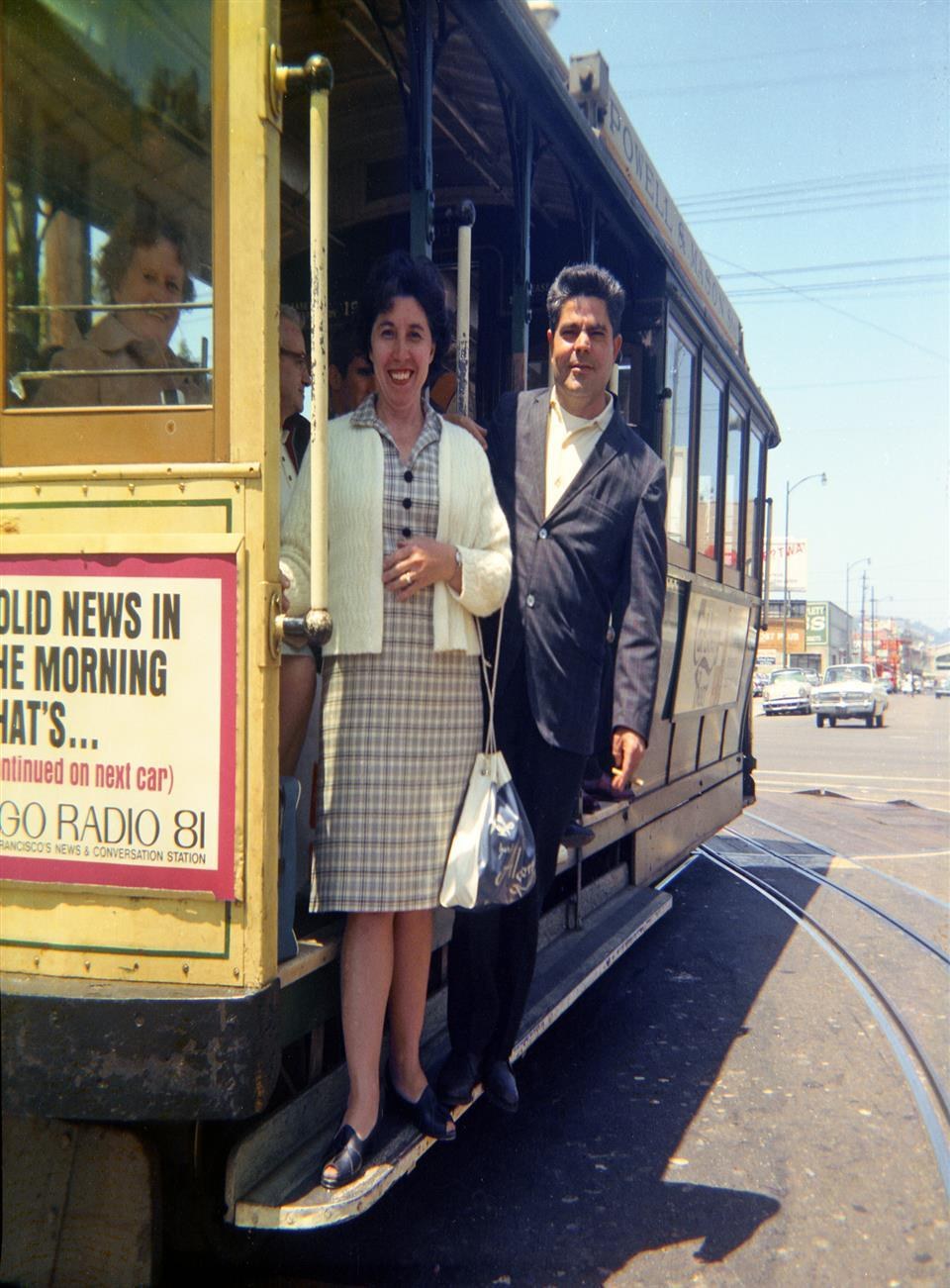 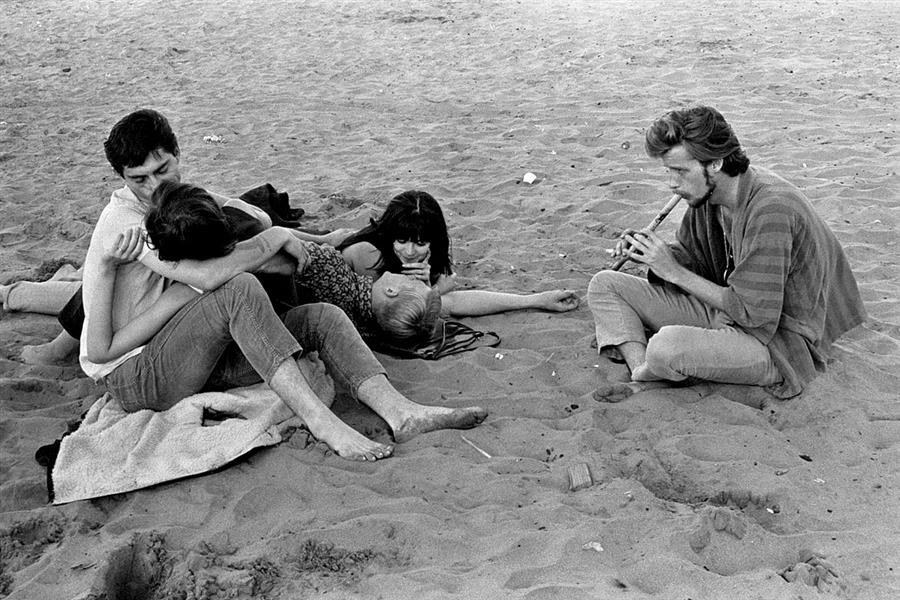 1966: Love at the beach, San Francisco. (Photo by William Gedney) 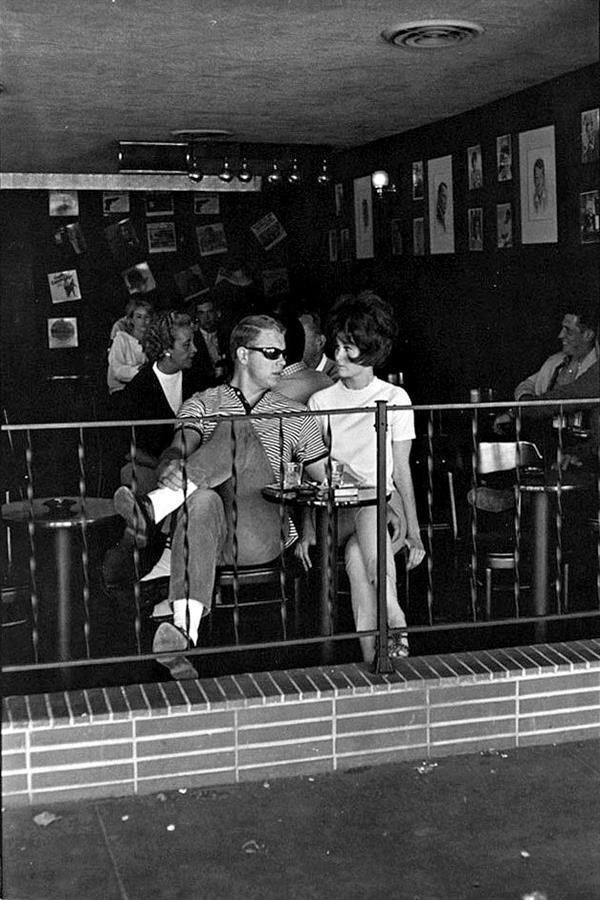 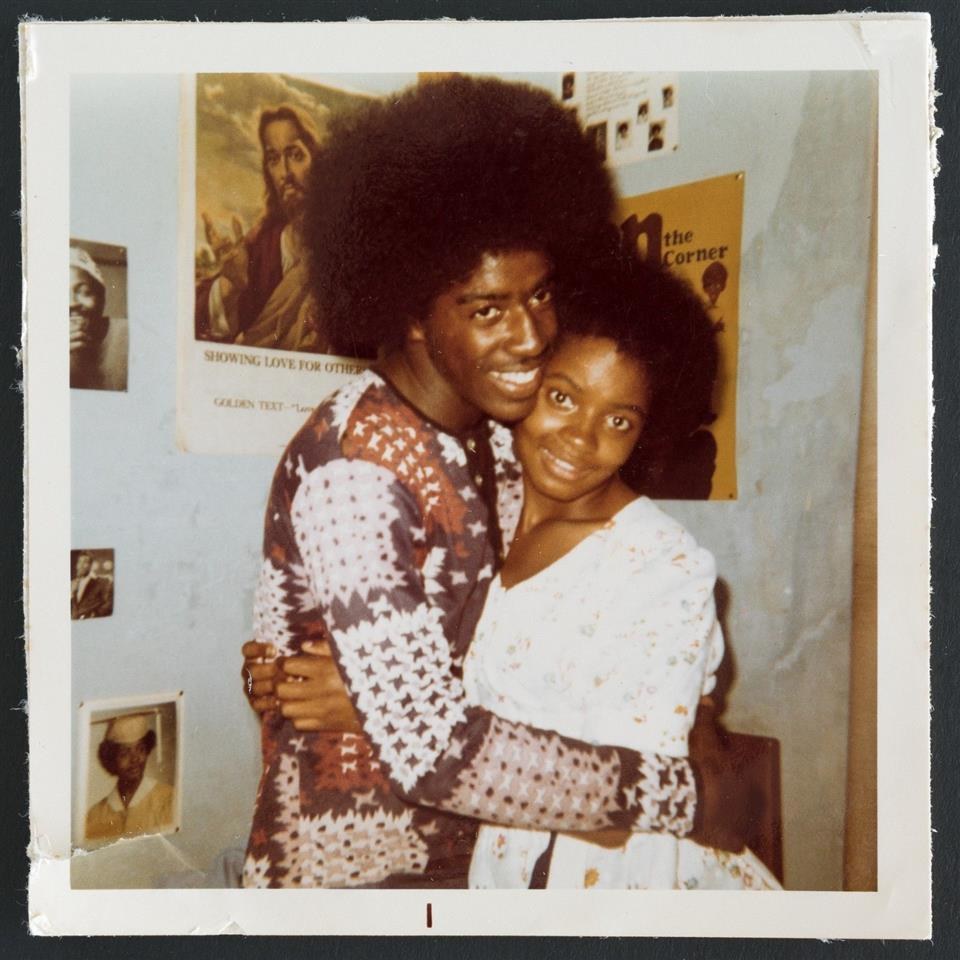 1970s: A couple gets cozy in Oakland. (Photo via TeraPeak) 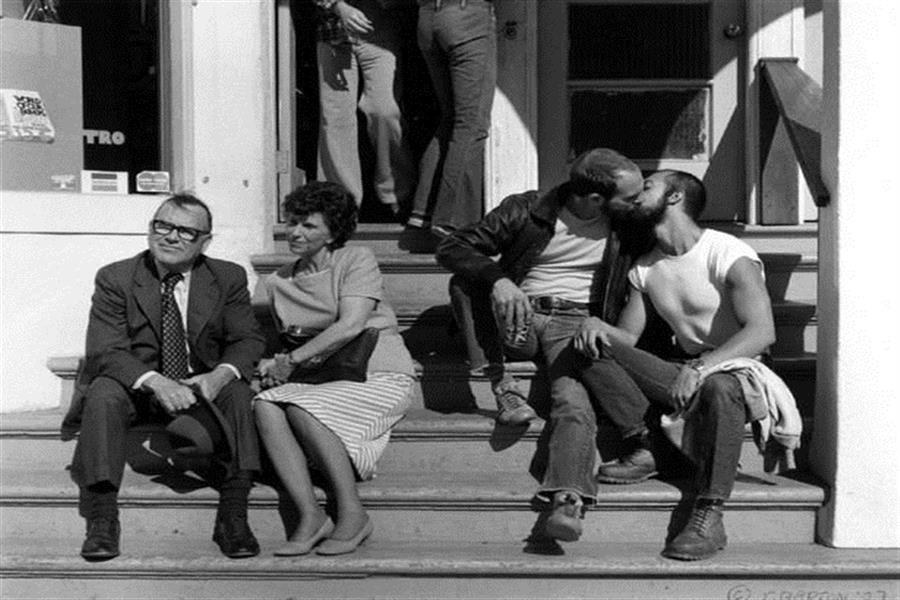 1970s: Couples in The Castro (Photo by Crawford Barton) 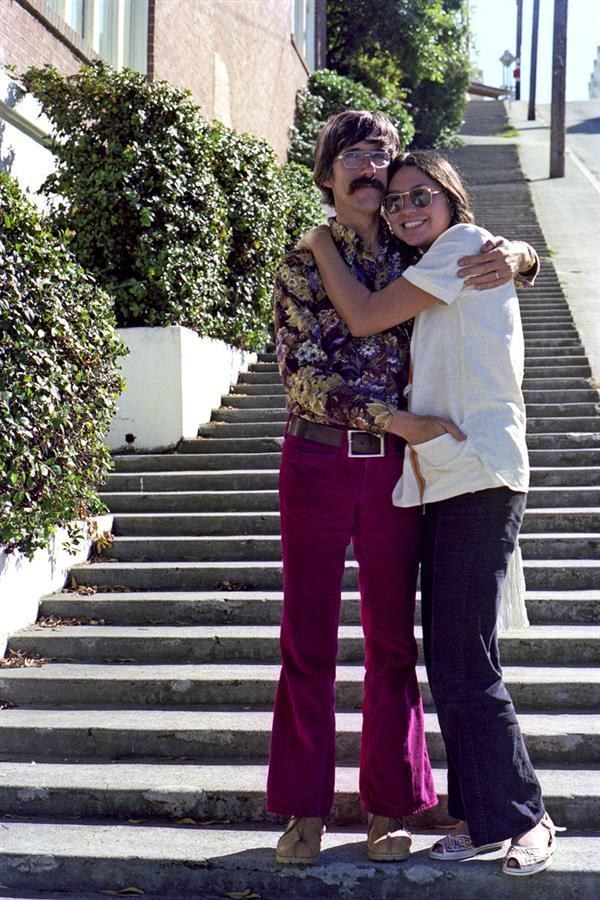 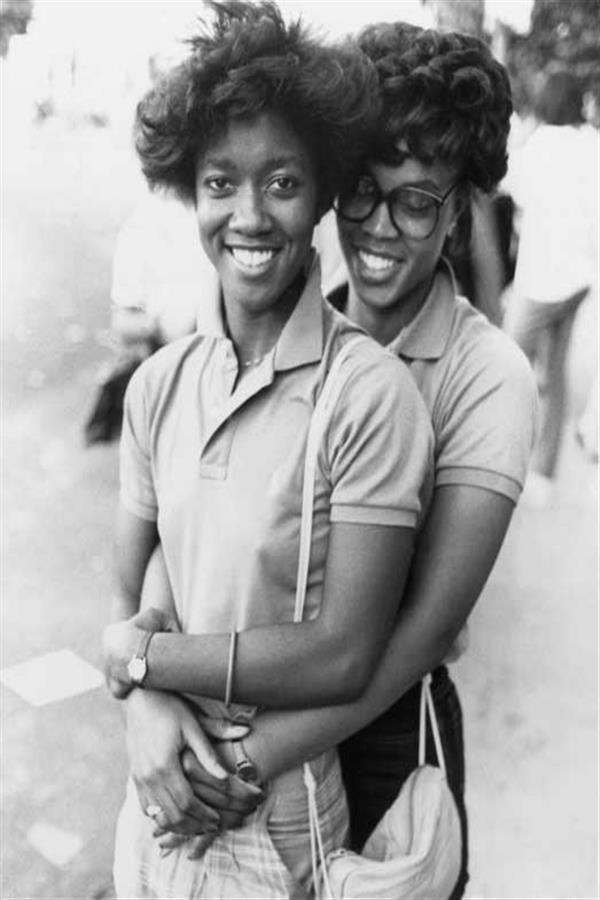 1983: Couple at the Castro Fair. (Photo courtesy of Leslie-Lohman Museum of Gay and Lesbian Art) 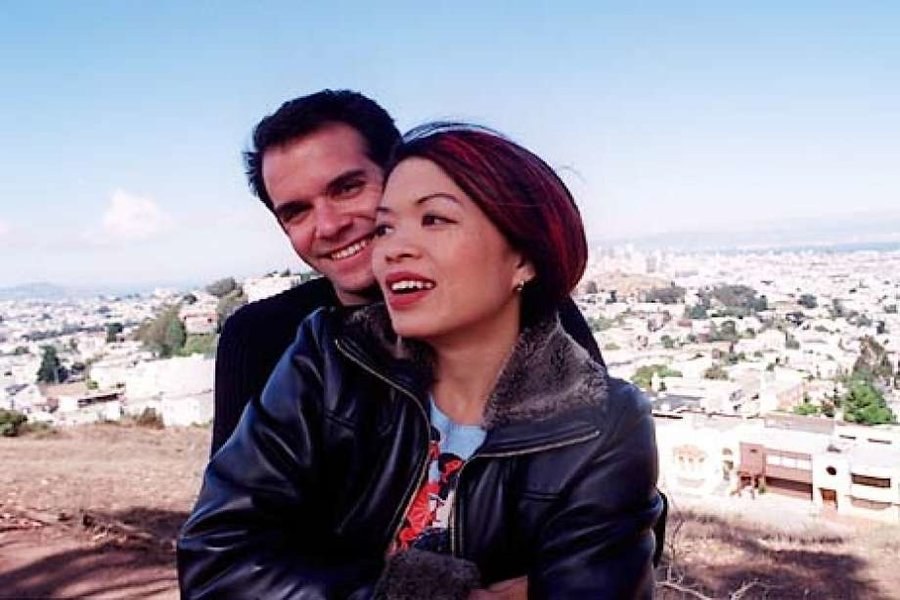 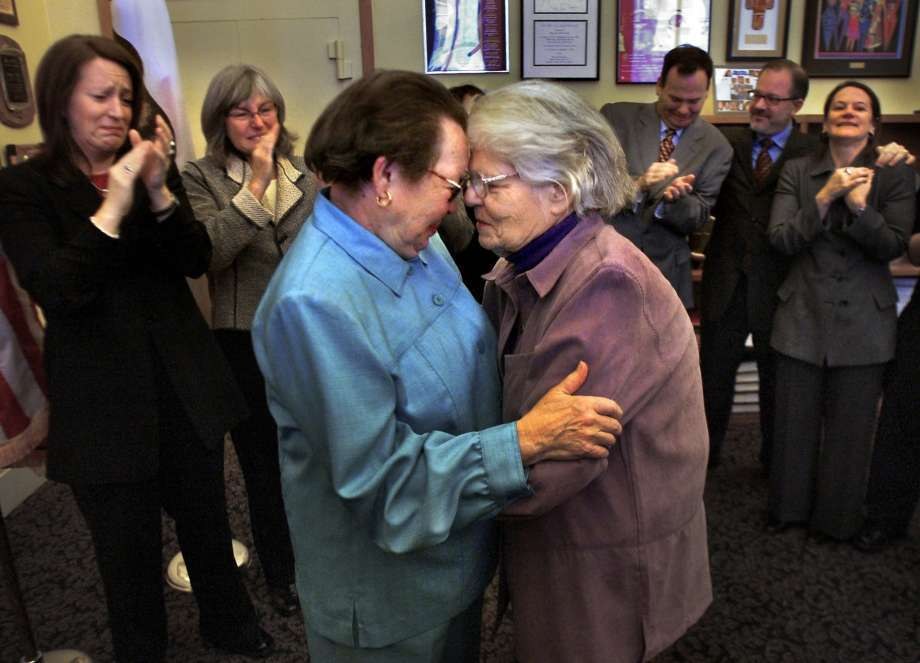 2004: After more than 50 years together, partners and civil rights pioneers Phyllis Lyon (left) and Del Martin were the first to be married by then-Mayor Gavin Newsom at SF City Hall in 2004. This marriage was later voided by the state Supreme Court, and but the couple was legally remarried in 2008. Martin passed away later that same year at the age of 87. (Liz Mangelsdorf, The Chronicle) 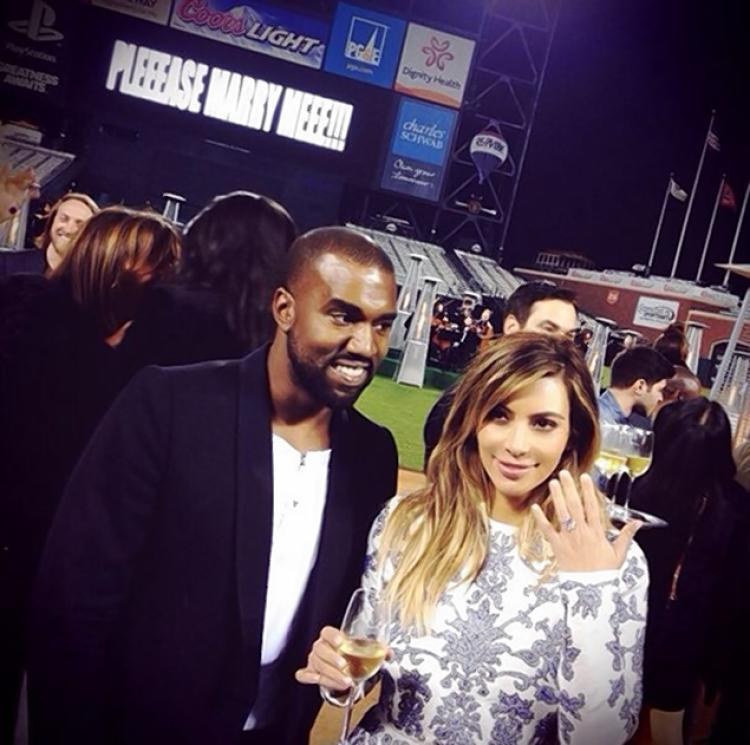 2014: Kim and Kanye get engaged at AT&T Park. (Robinantin via Instagram) 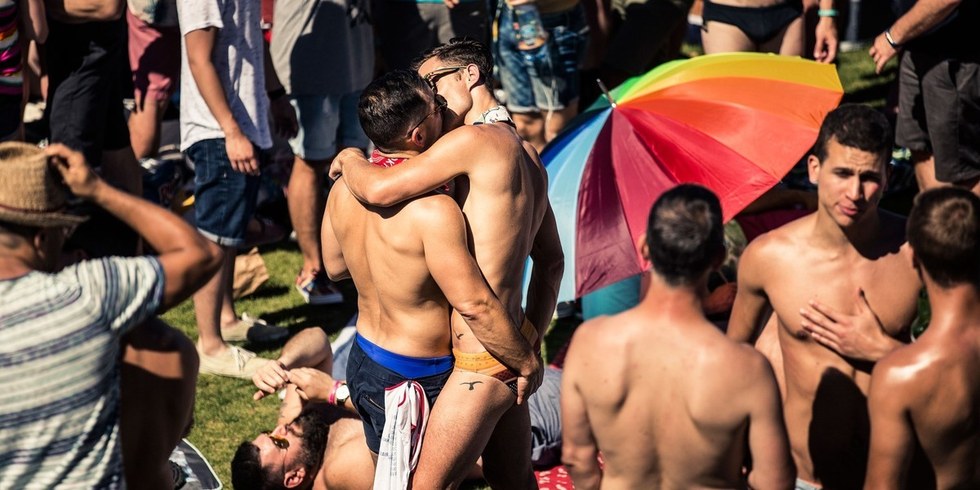