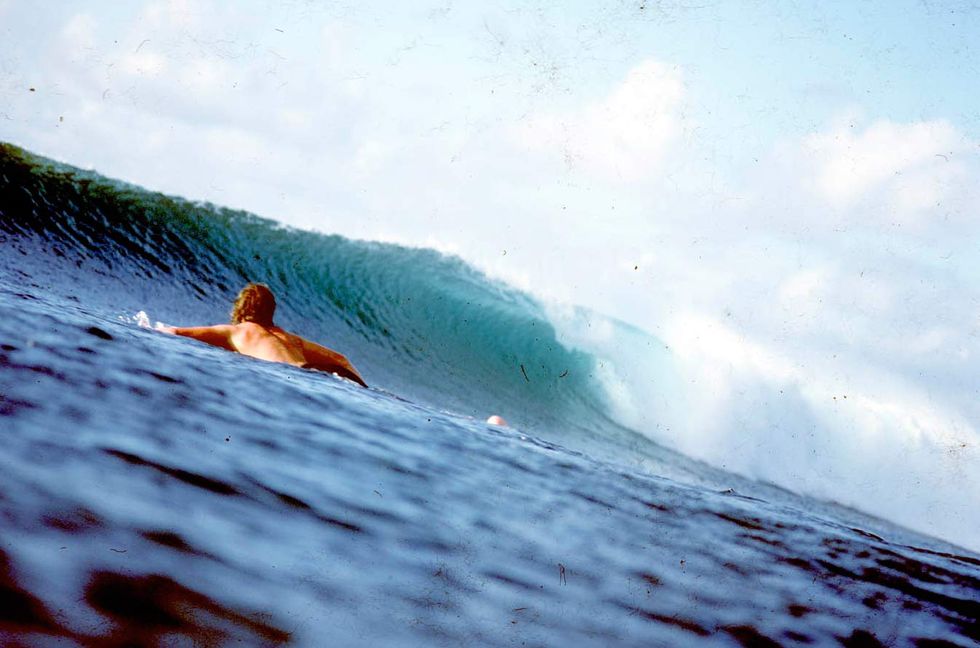 For three years, between 2007 and 2010, San Francisco film editor Doug Walker travelled back and forth between the North Shore of Hawaii and his Bay Area home toting his video camera along with 30,000 old film slides and negatives containing images of surfers that had been snapped for Surfing magazine by notable photographers back in the 1970s. He had bought the magazine’s lost archive for just $800 at the Rose Bowl Flea Market in Pasadena, and an idea struck: He would set out to find the subjects in the pictures and the lensmen who had captured them. With this, The Lost & Found Collection came to be.

“I had been in the film business my whole life, and I was seeking something more,” says Walker, who was itching to get back into surfing after years of domestication, work (at powerhouse post-production ad studio Beast SF), and child-rearing had steered him from the waves. Recalling the famous surf photographers, like Ralph Cipolla and Shirley Rogers, he had seen in magazines growing up, Walker began his quest to reunite the pictures with the people. He viewed surf photography as a special art form, focusing on a combination of physical form and composition—“there was something unique about it,” he says.

And there certainly was. While today anyone can hop on a surfboard with a high-tech gadget and snap a pretty awesome shot, photographers had to be inventive back in the 1970s. “Those photographers were the ones who found out you could encase the camera and put it on your board,” says Walker. “They played with aperture and film, and set the standard. It’s not like today where people mount a GoPro.”

In 2011, Walker released his documentary, Lost & Found, intending it to be a standalone project that shared the stories of famous surfers like Gerry Lopez and surf photographers like Bob Barbour. But after receiving more than 19 awards and honorable mentions, The Lost & Found Collection took on a life of its own.

On June 30, at an event at the Battery, Walker shared his images with the SF public via the reveal of his new photography collection books now available for pre-order on his site. “These are very intimate stories, and people are just very interested in them,” he says. Now, those stories that might have been lost forever will once again find a mainstream audience.  // thelostandfoundcollection.com

THE BATTERY CLOSE 1 from The Lost and Found Collection on Vimeo.