A Sun- and Citrus-Filled Oakland Wedding 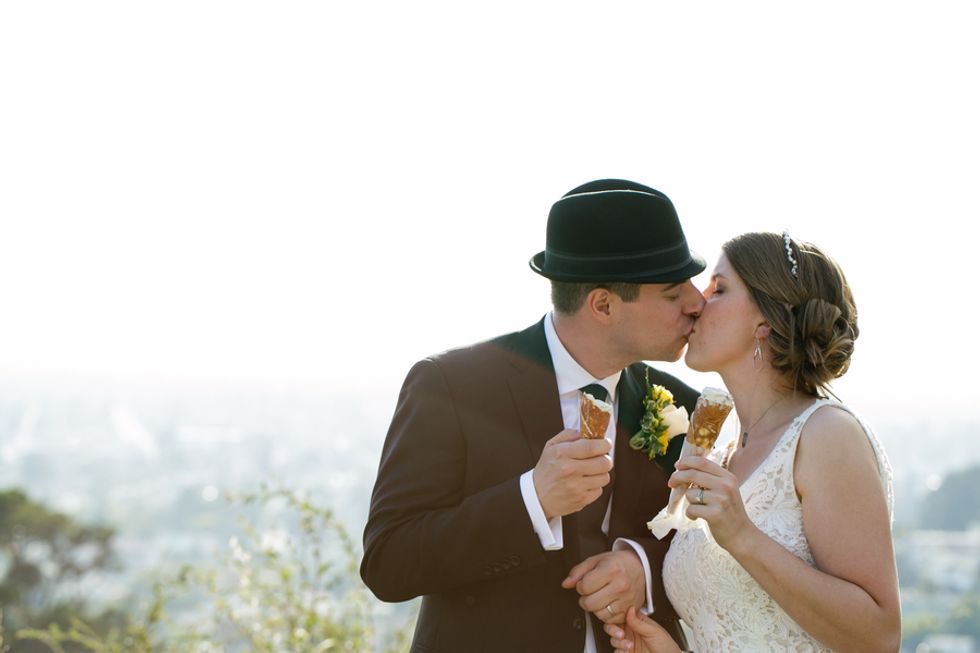 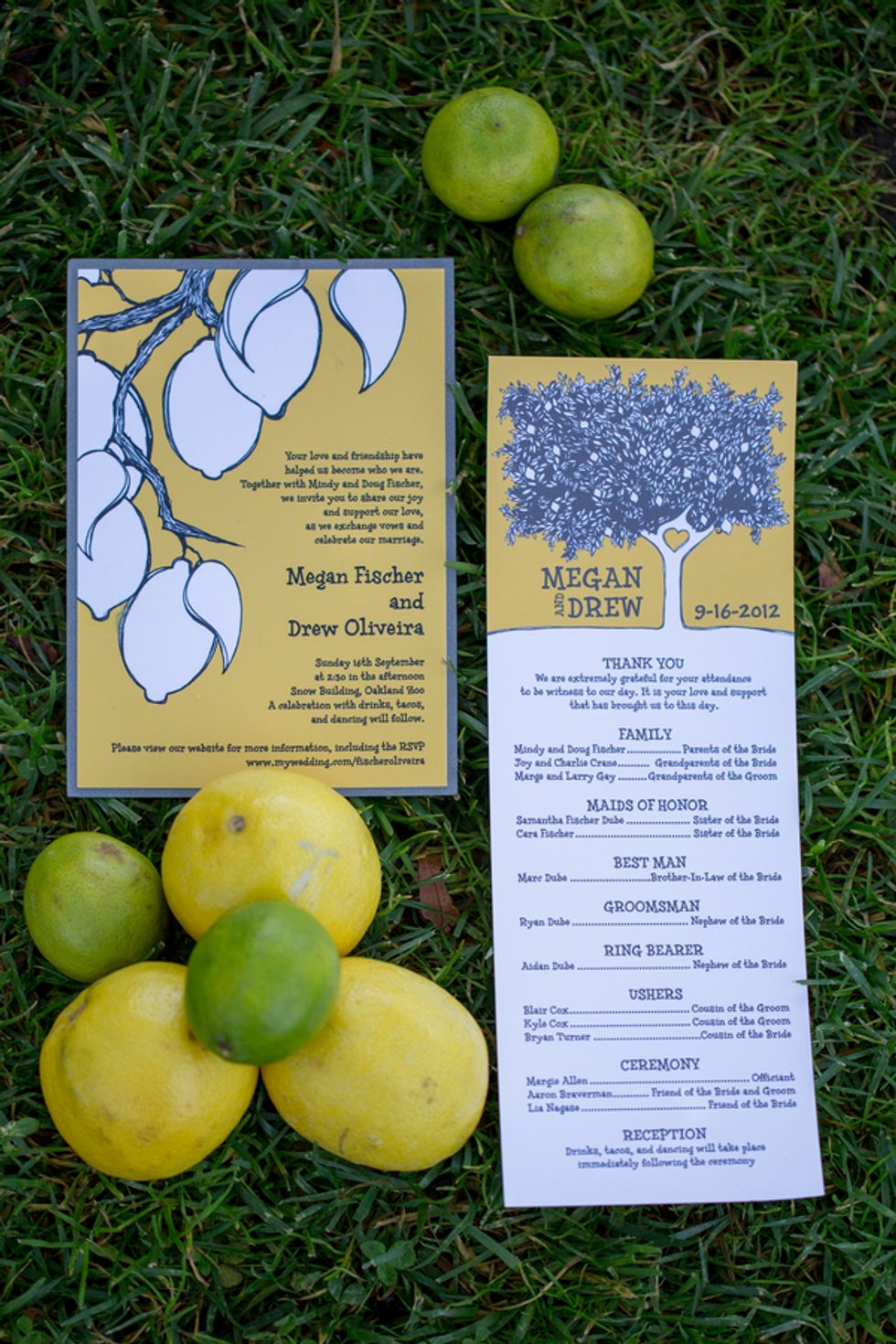 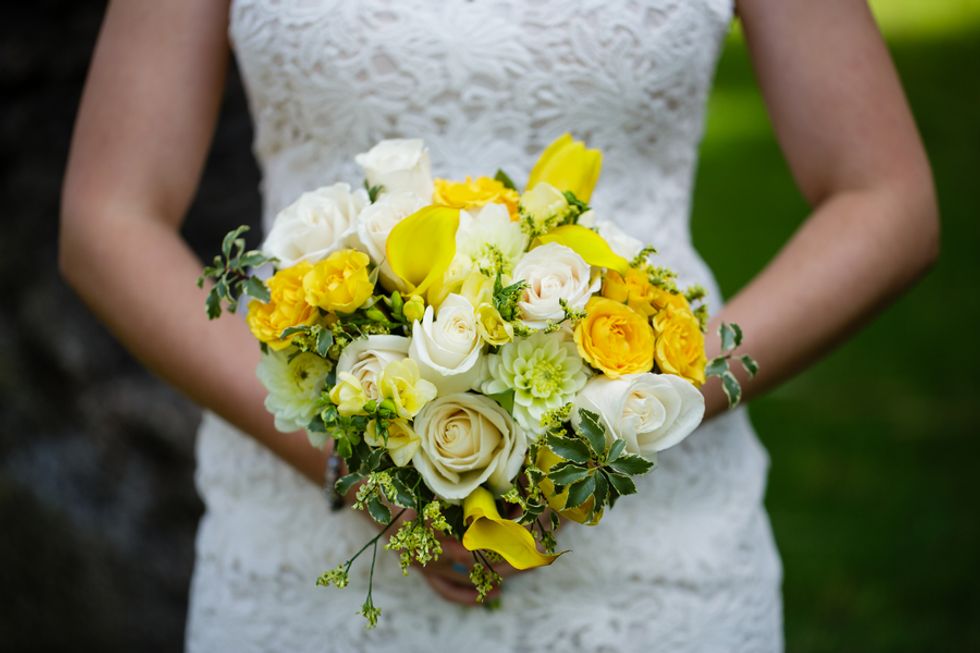 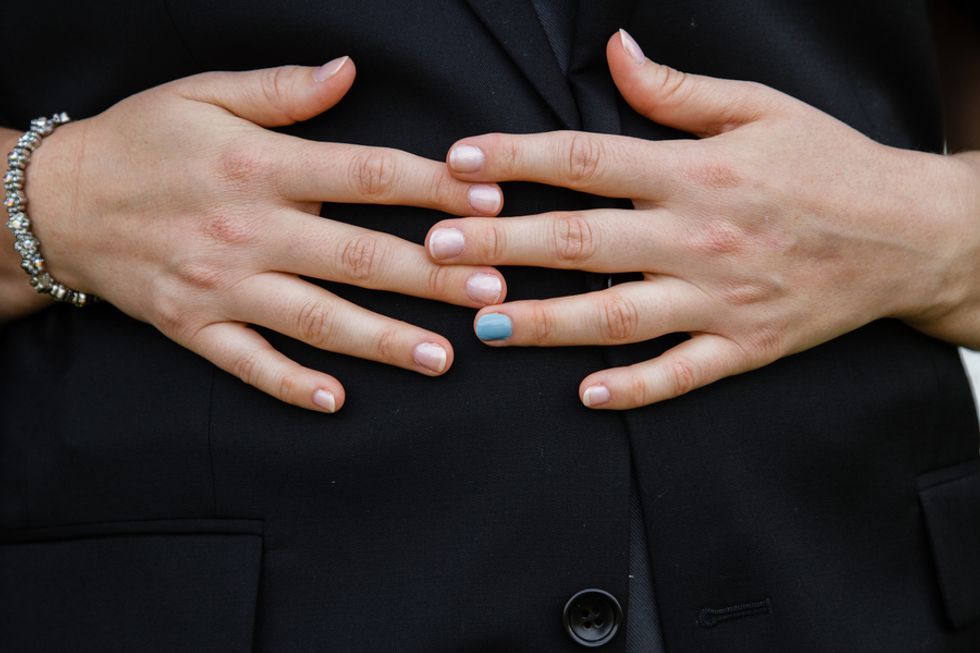 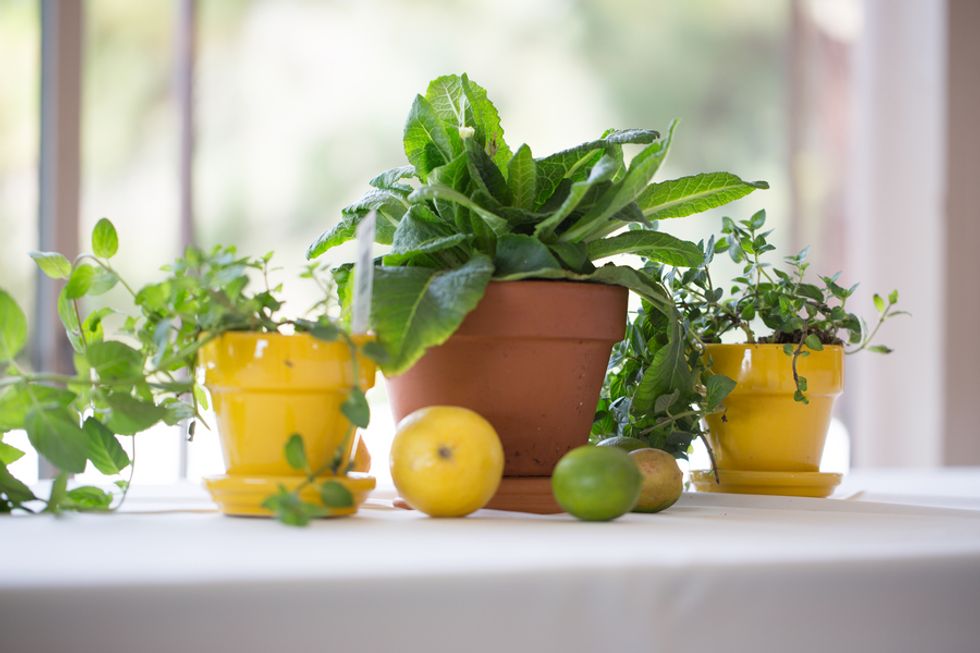 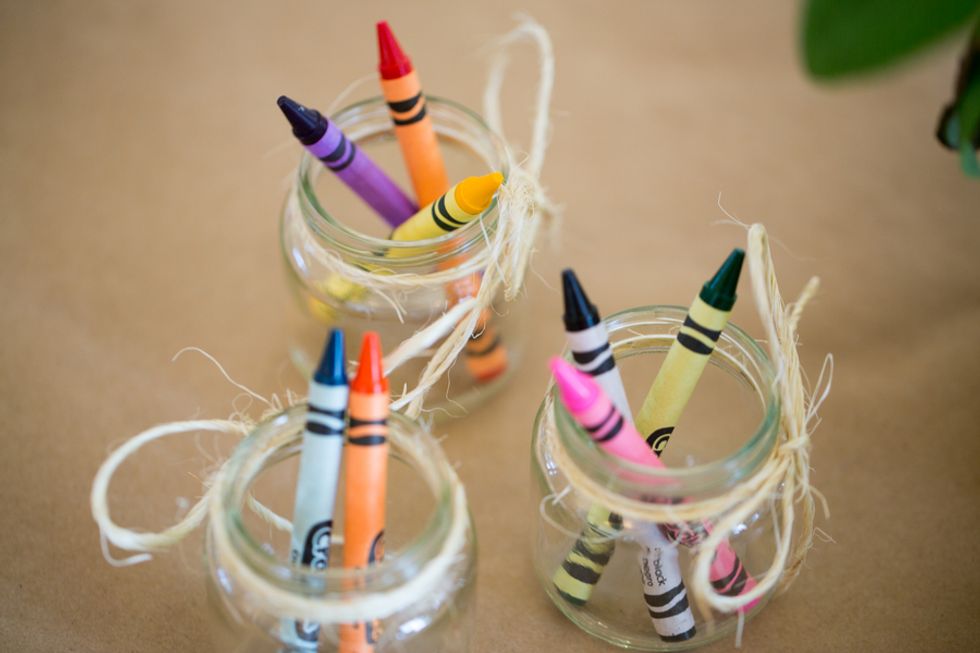 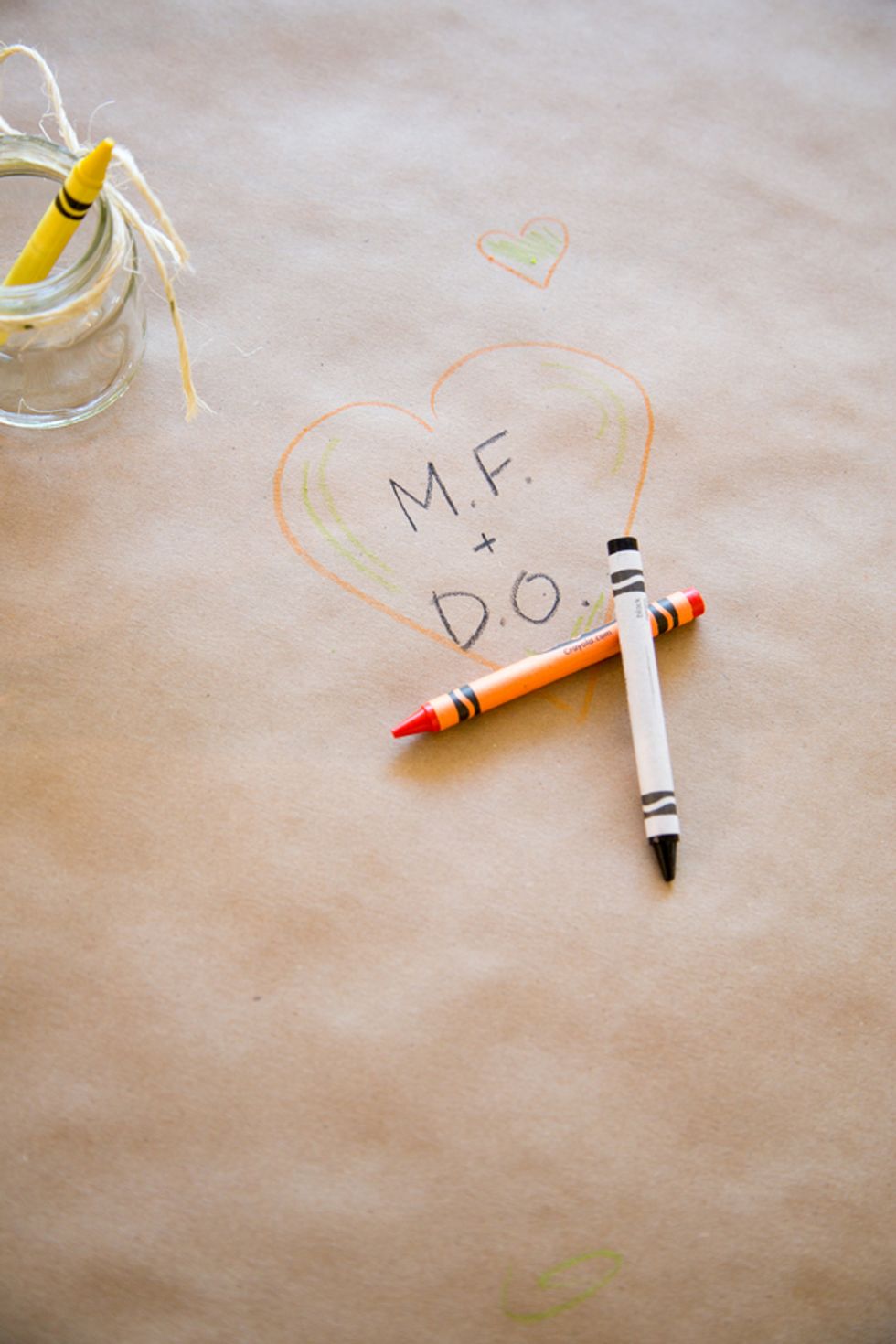 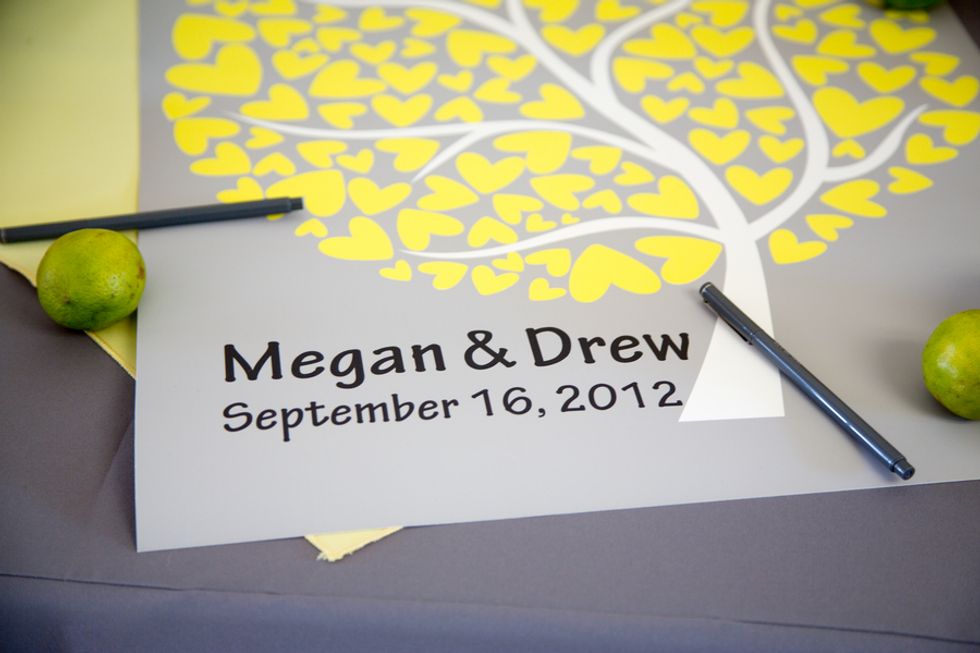 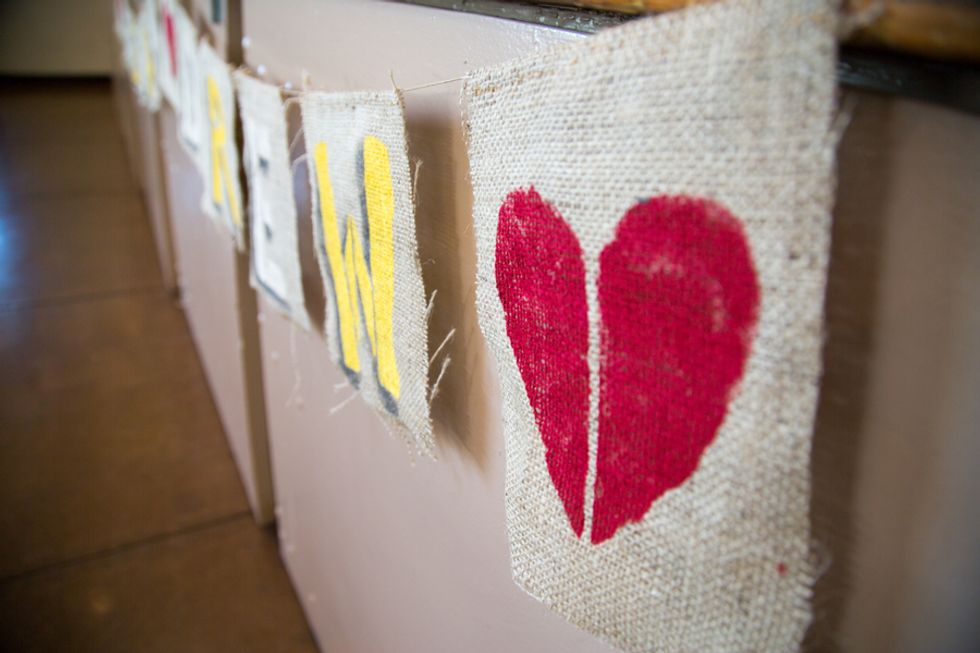 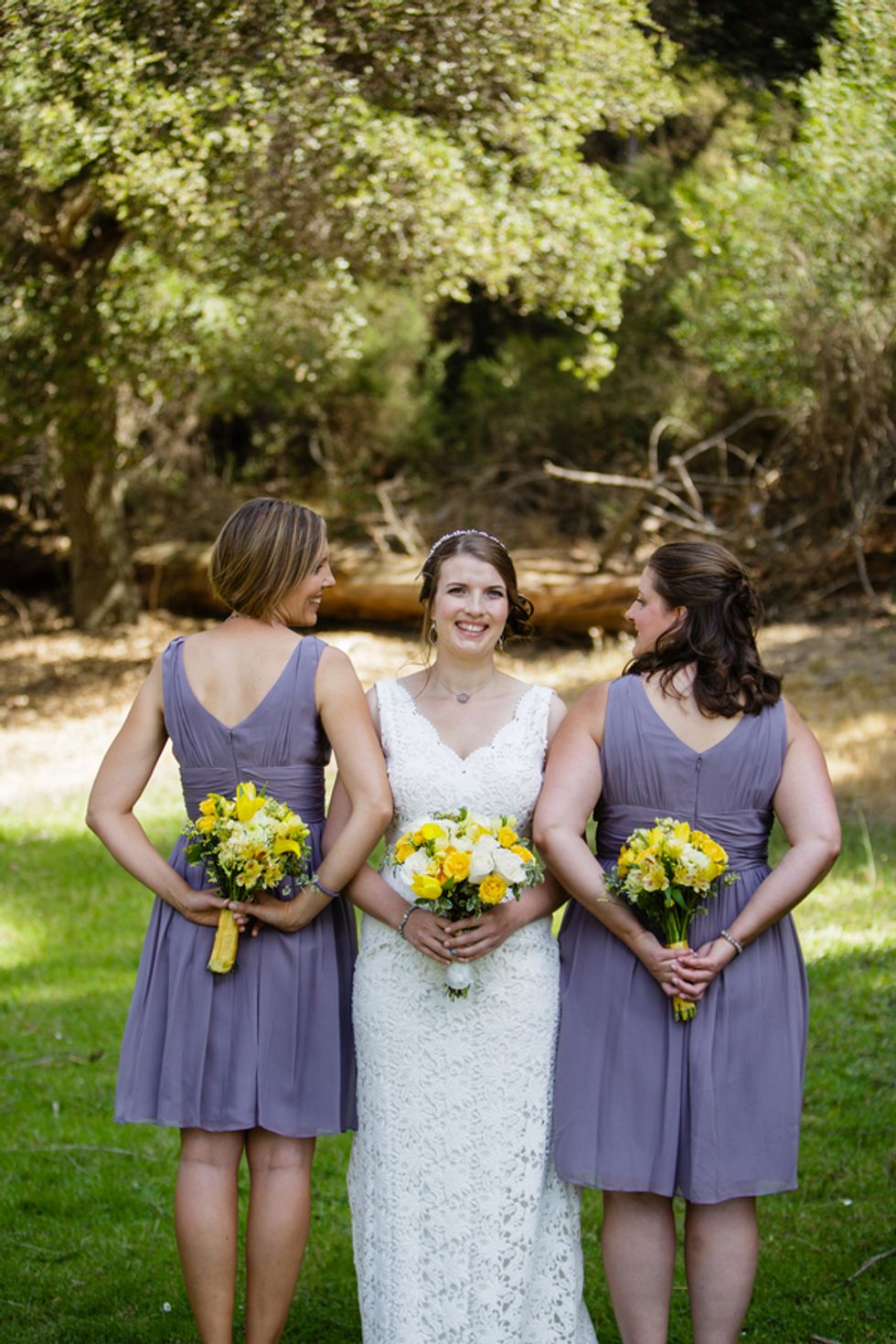 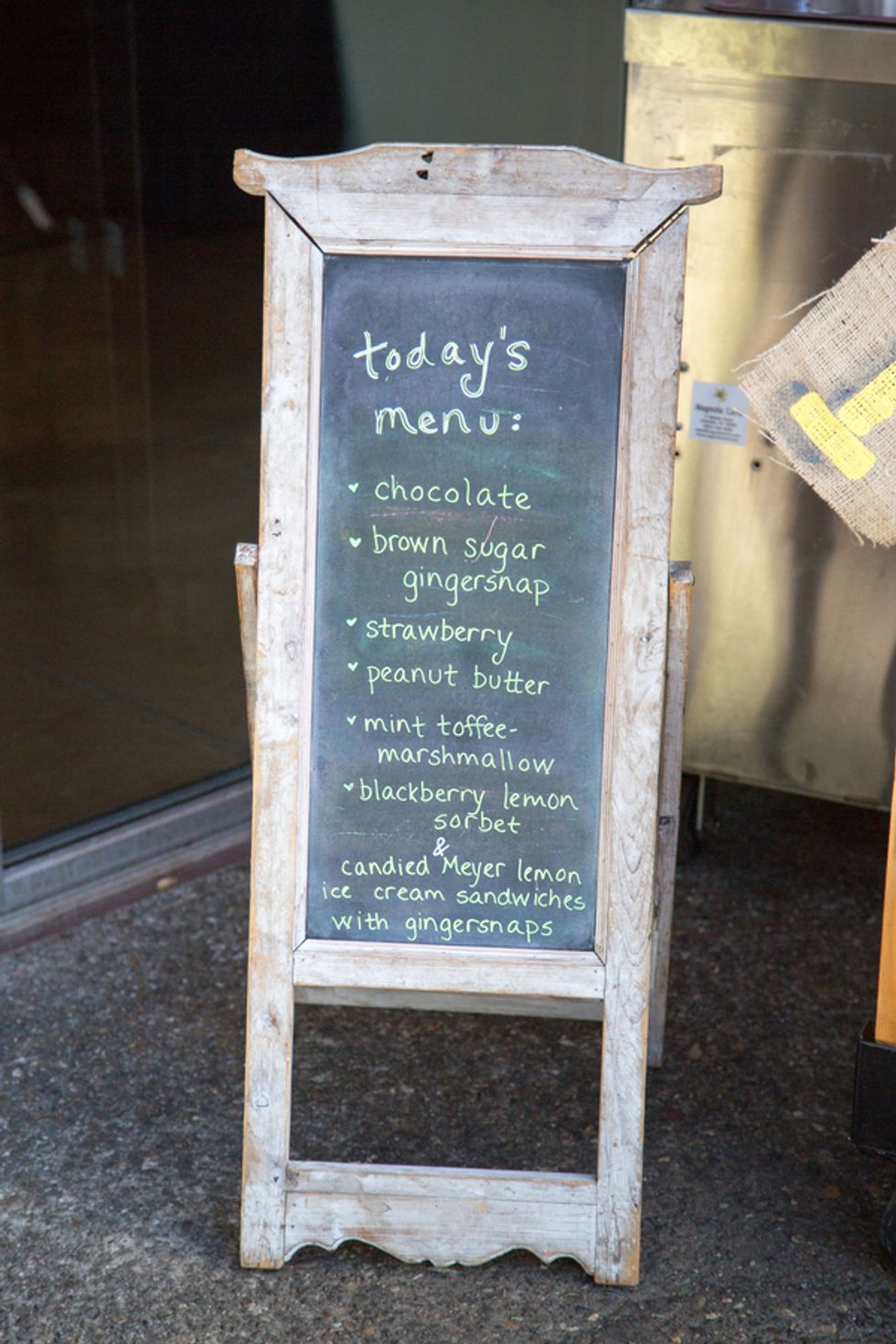 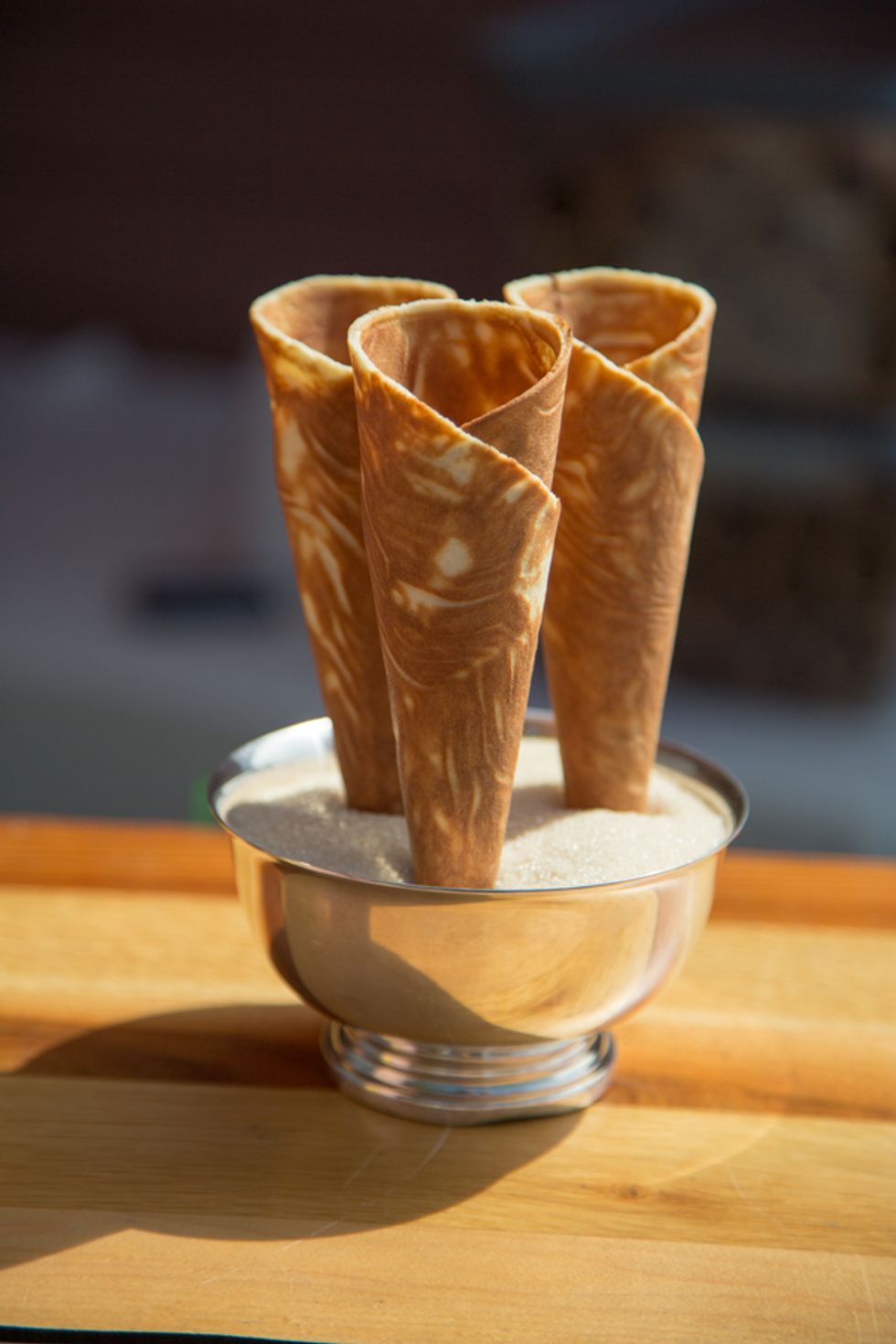 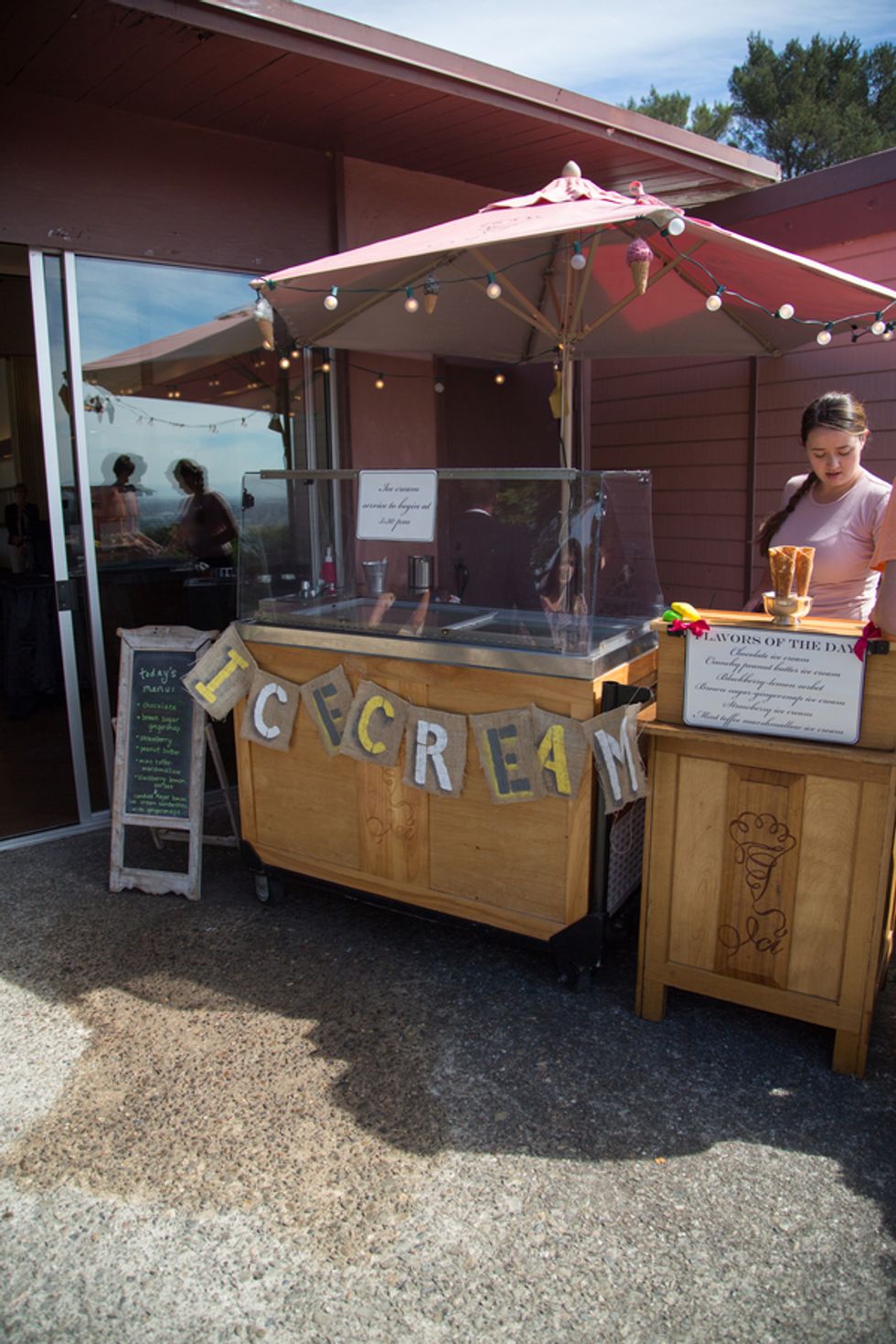 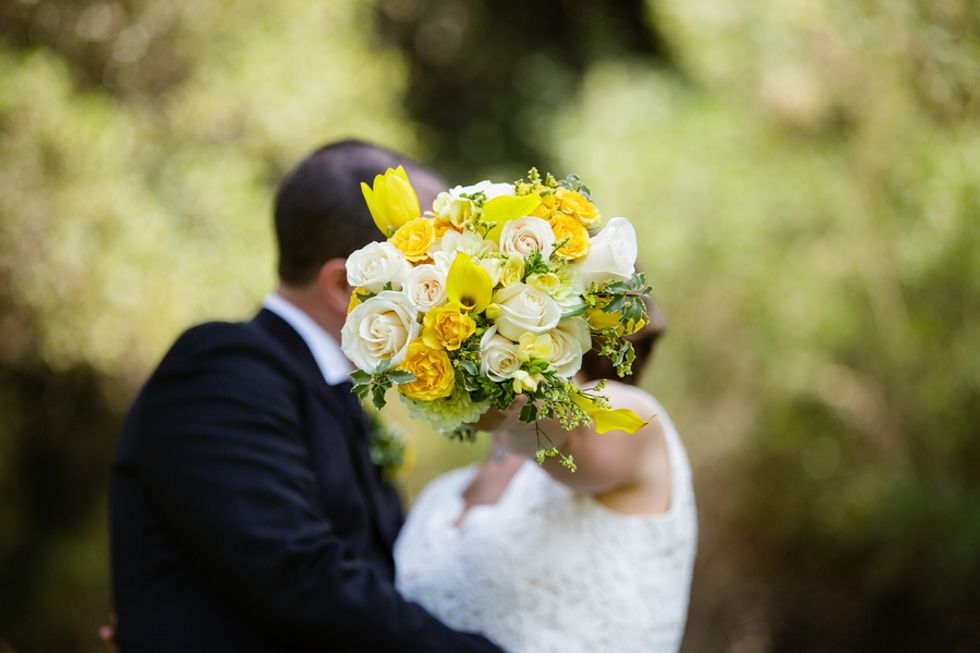 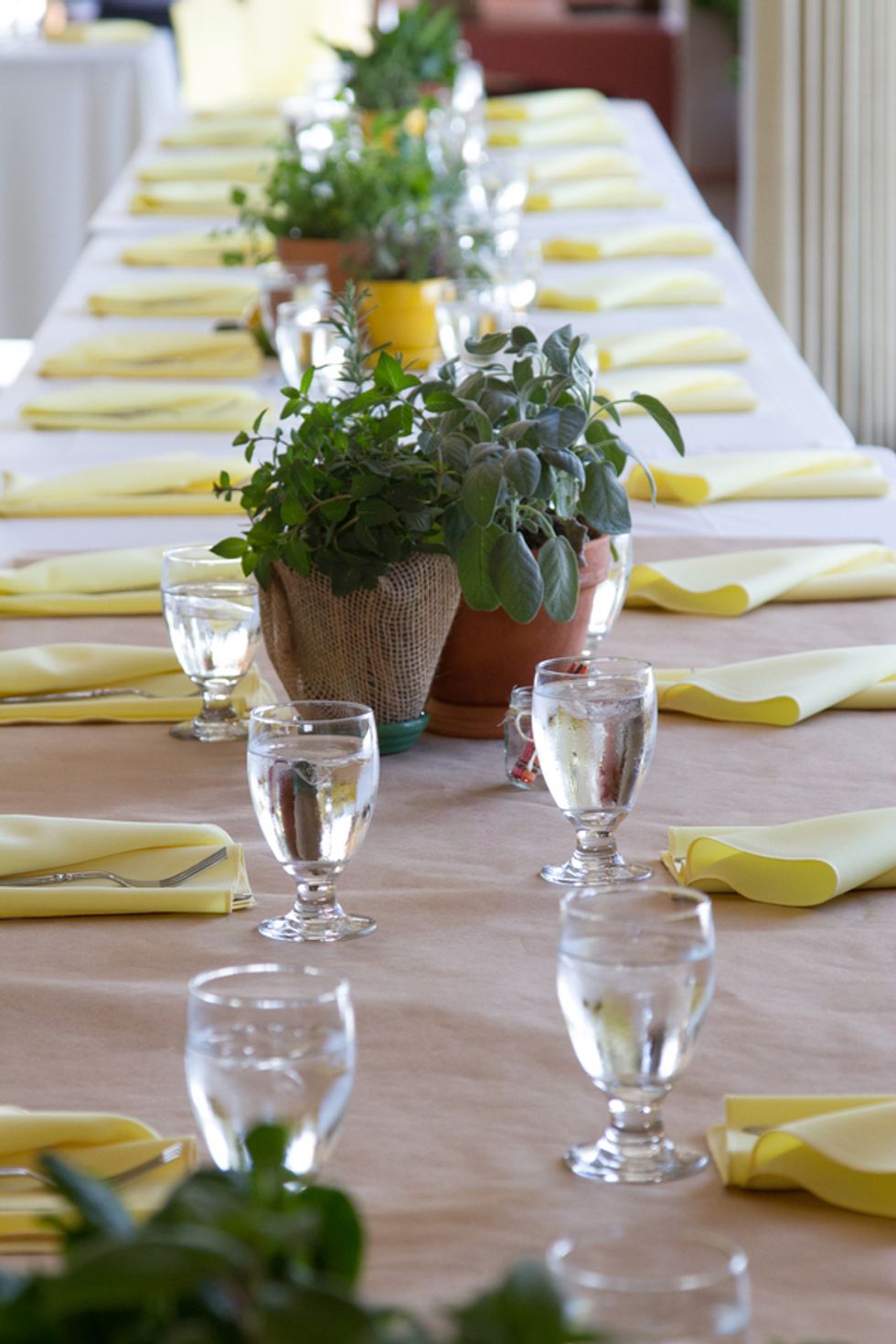 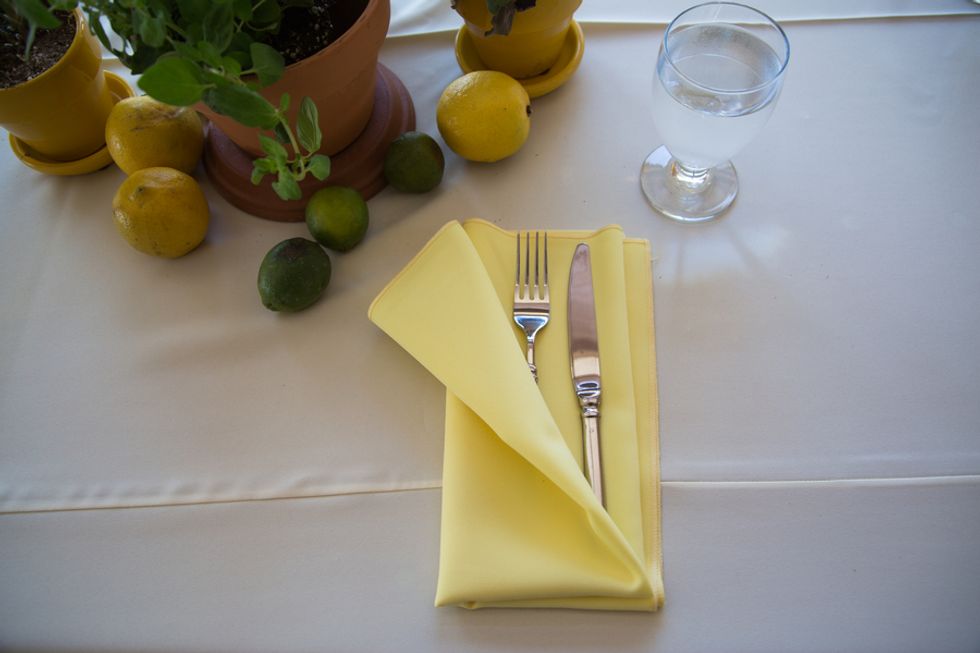 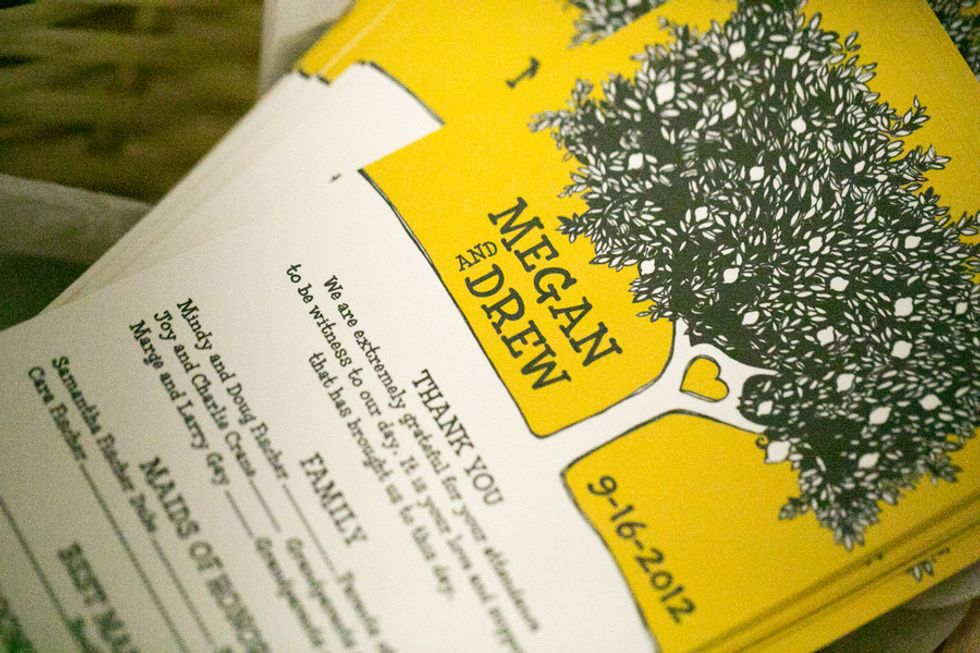 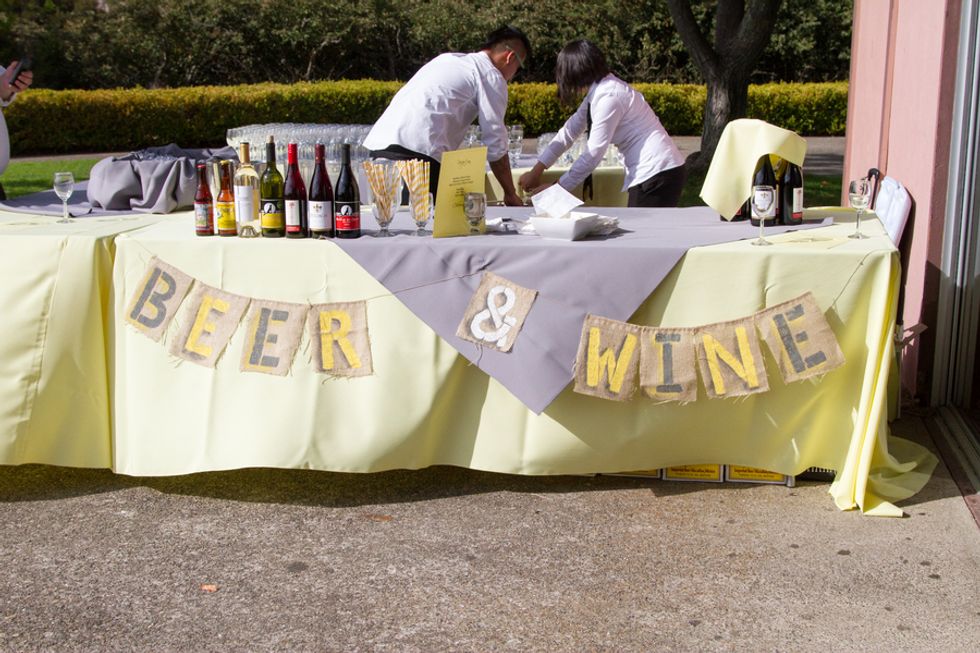 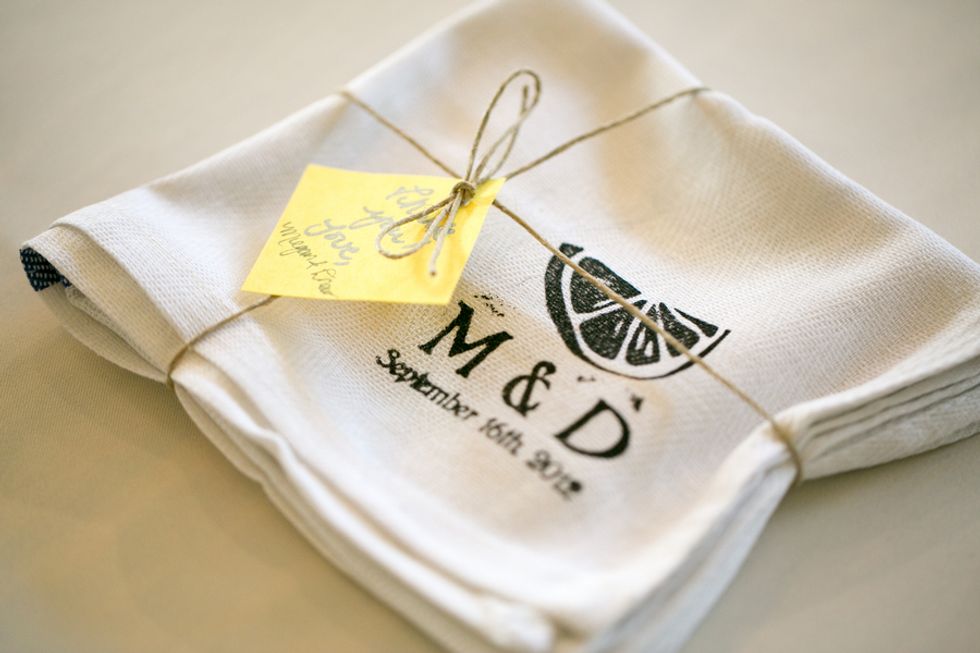 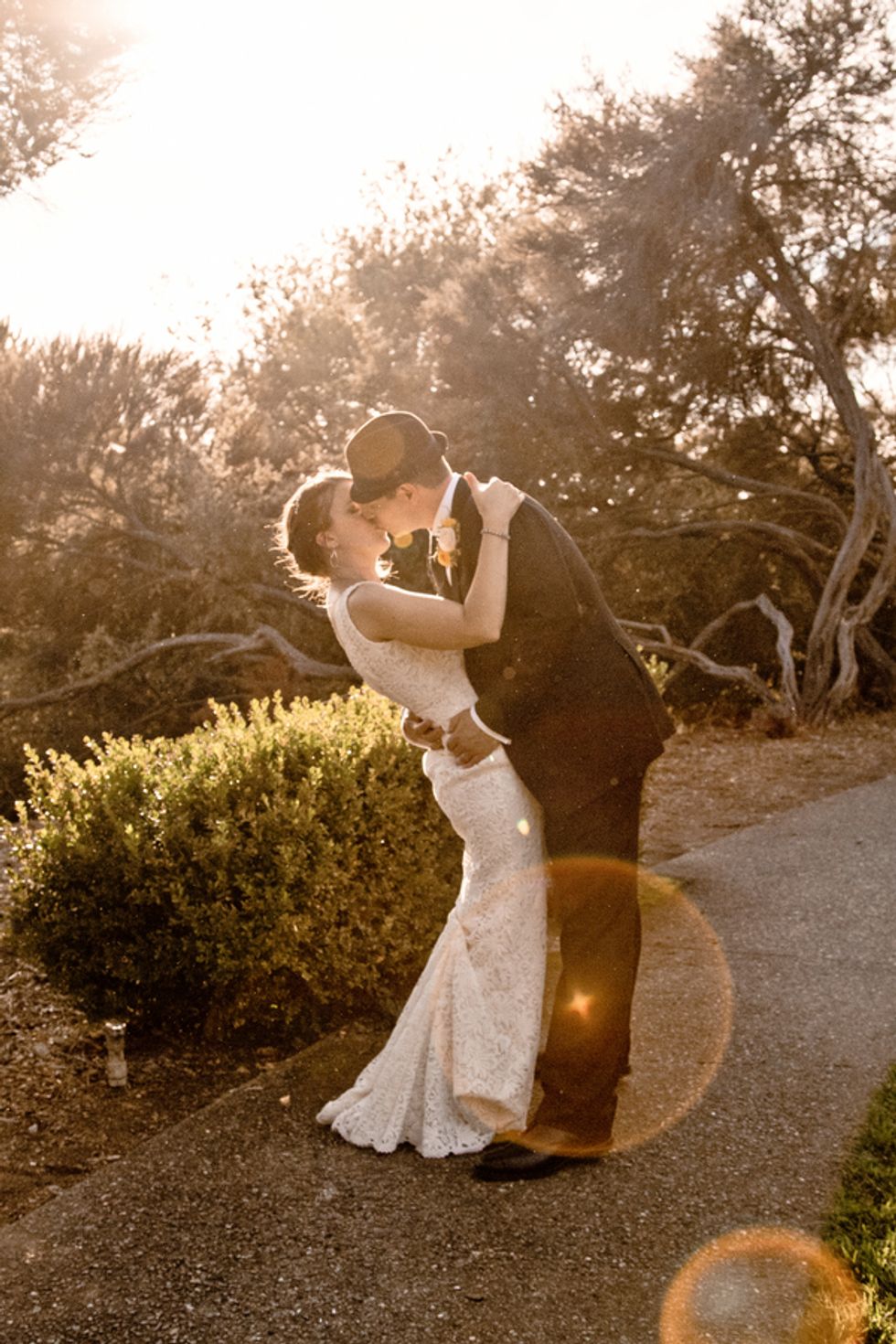 Megan and Drew chose to say their vows and celebrate at the Oakland Zoo's Snow Building. The day reflected the couple and the things they love and hold dear.

The ceremony began like any other, until the officiant announced that everyone was to get up and greet one another. During the greeting, a friend sang accompanied by keyboard. Then the ceremony resumed, the bride's mother gave a speech and reading, then the two exchanged rings and were announced as husband and wife. Following the vows, the two had a special reading of "My Personal Penguin" by a friend before they took their first steps as husband and wife.

The reception began and everything was a special detail. Center pieces were potted herbs, which partygoers were encouraged to take home. Hand-painted burlap banners adorned the room, along with live lime trees and various green and yellow flowering plants. Guests were encouraged to write on the Kraft paper table runners and taste the lemon and watermelon frescos that were being served.

The two, who do not particularly like cake, decided to serve gourmet ice cream instead. Unique flavors and handmade cones had guests going back for more. At the end of the reception, hand stamped kitchen towels were handed out as favors.

There something new (a lace Ann Taylor dress), something blue (her toes and ring fingernail), something borrowed (her bracelet), and something old (a necklace that her father gave her mother when they were dating). Her bright yellow shoes added a nice accent, and the groom's hat added a wonderful vintage detail to the wedding.