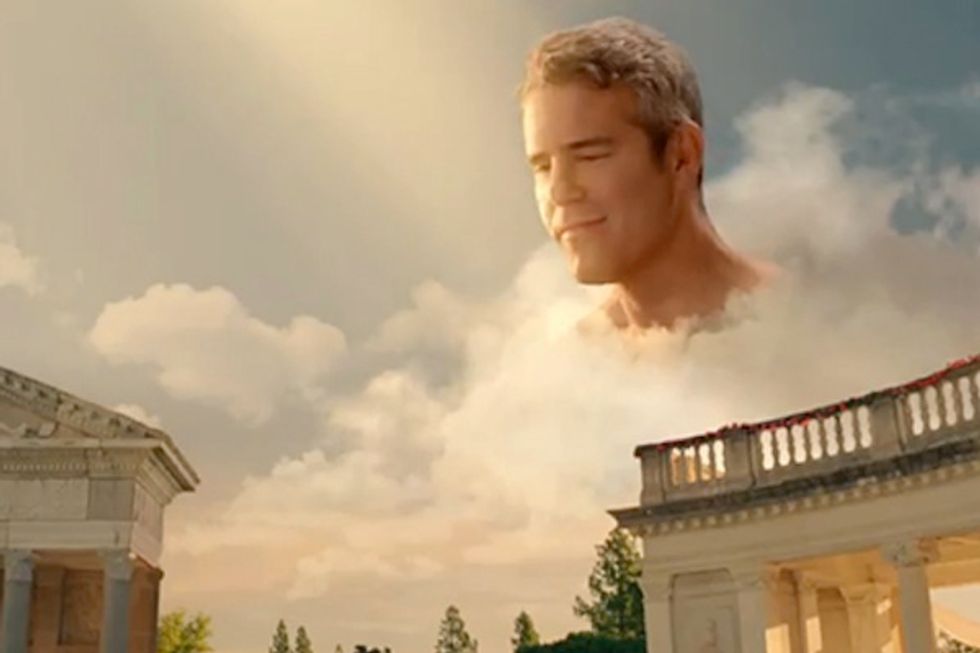 Andy Cohen and Rashida Jones Coming to the Castro Theatre

Bravo’s Andy Cohen does a lot more than just produce the entertaining yet family-erodingHousewives franchise. (Beverly Hills, for what it's worth, arguably remains the best in the series.) He's also a talk show host and a best-selling scribe. And he's coming to SF to talk all about it on November 19.

The handsome pop-culture enabler will join the wildly intelligent Rashida Jones(Parks & Rec, The Social Network) at the Castro Theatre to chat about his new book, The Andy Cohen Diaries: A Deep Look at a Shallow Year; that time he appeared in a Lady Gaga video; and what it's like being friends with famous and wealthy people the likes of whom you will never have the pleasure of knowing.

It's all part of the INFORUM in-conversation series. To purchase tickets, which you should do today as they're selling out fast, go here.

Oh, and Cohen will be selling copies of his magnum opus after the show. Delightful.

What: Andy Cohen in conversation with Rashida Jones