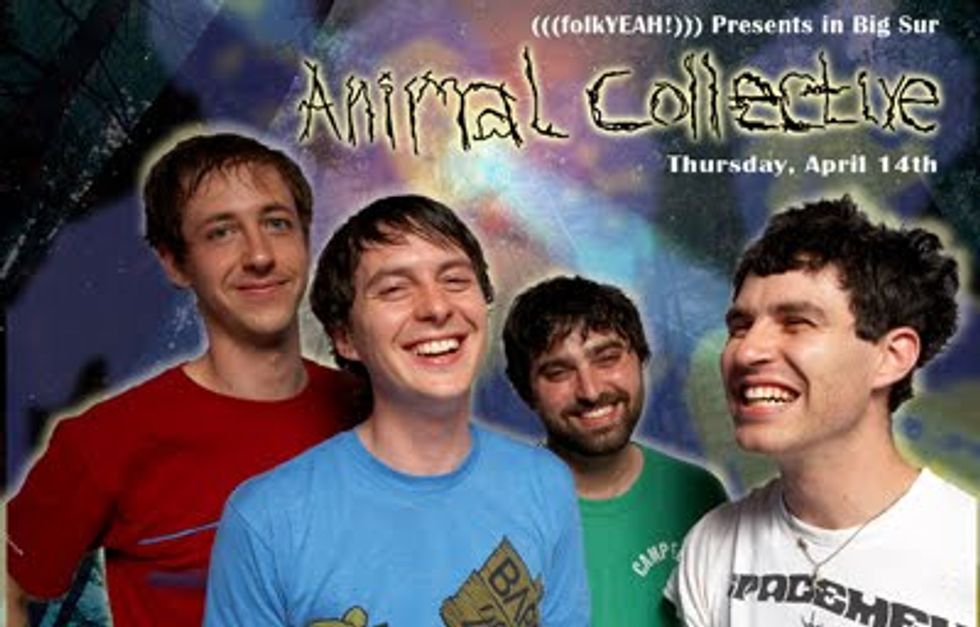 Big things are coming up in Big Sur and Santa Cruz this April. folkYEAH! just announced three shows more than worthy of the gas money it'll take to see them.

At the rumored-to-be-haunted Brookdale Lodge on Highway 9, awesomely bombastic pop act British Sea Power will bring the house down with their raucous anthems on April 6th. Tickets go on sale at noon on January 26th (day after tomorrow!). Next up at the historic Brookdale Lodge is the firebrand known as Henry Rollins, whose rippling muscles will take the stage just a few days later on April 8th. Score tickets at noon on January 27th.

Last but not least, setting up beneath the forests surrounding the Henry Miller Memorial Library, is Animal Collective, on April 14th, just before their jaunt down to Coachella. Just like good old Arcade Fire, these tickets will probably sell out in mere minutes, so get those clicking fingers in shape and ready for action. Tickets for this show go on sale at noon on January 28th.

Get tickets for all these shows on folkyeah.com