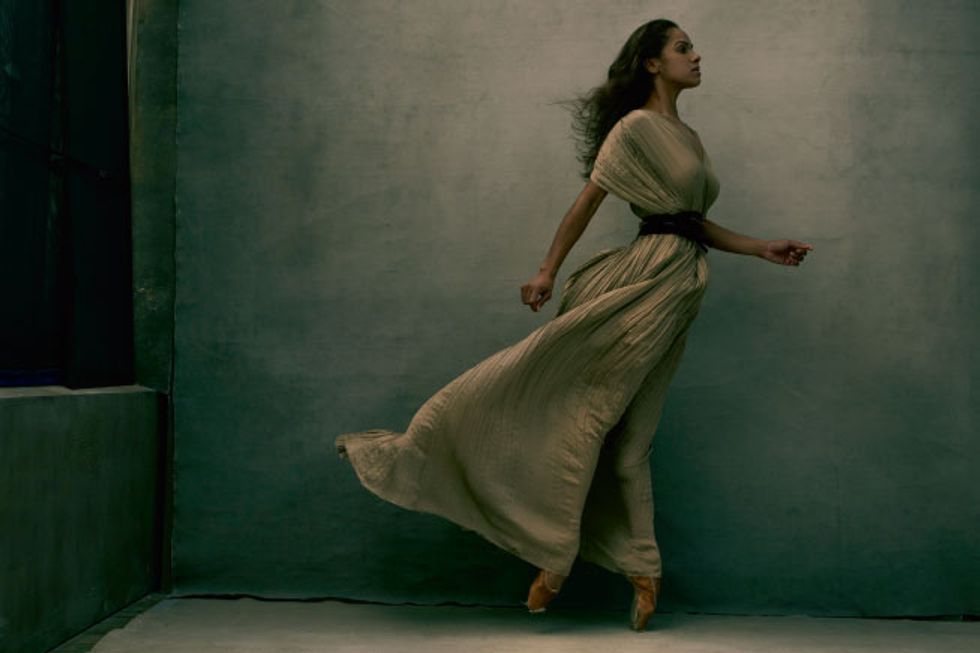 The woman, the myth, the legend, Annie Leibovitz is returning to San Francisco this weekend for a powerful new photo exhibit in Crissy Field.

A San Francisco Art Institute alum, Leibovitz has been documenting popular culture since the early 1970s, when she began working as a photojournalist for Rolling Stone. Her work over the past forty years includes some of the best-known portraits of our time (including Kim and Kanye on the cover of Vogue).

The powerful new exhibit riffs on an earlier project from the1990s entitled "WOMEN," which documented real women, from teachers to firefighters, and the roles they played in modern society. WOMEN: New Portraits—which opens in San Francisco this Saturday—showcases how women have changed in the last twenty years, and the powerful new roles they have assumed in pop culture and society. Many of the photos have never been displayed before, and offer intimate glimpses into the lives and personalities of some of the most famous women in the world.

While the showcased women vary in age, race, and career field, they all have one thing in common: they're badasses. In fact, while each photo comes with a small bio, many of them need no introduction. Facebook's Sheryl Sandberg dominates a board room in a tight leather skirt, while Alice Waters looks absolutely bucolic in a field of wild flowers. Also spotted are feminist icon Gloria Steinem, U.S. Senator Elizabeth Warren, and animal activist Jane Goodall.

Millennials are also well-represented. Lena Dunham is almost unrecognizable standing alone in Central Park, while Misty Copeland shows off her amazing body in a billowing gown. Malala Yousafzai is the only subject who smiles for the camera from her new schoolroom in England.

Meant to work as a traveling act of sorts, the exhibition photos are thumbtacked to temporary walls inside a demilitarized building in Crissy Field. In a few weeks they'll be torn down and shipped across the ocean as part of their 12-month international tour. So, make sure you check it out before it's too late.