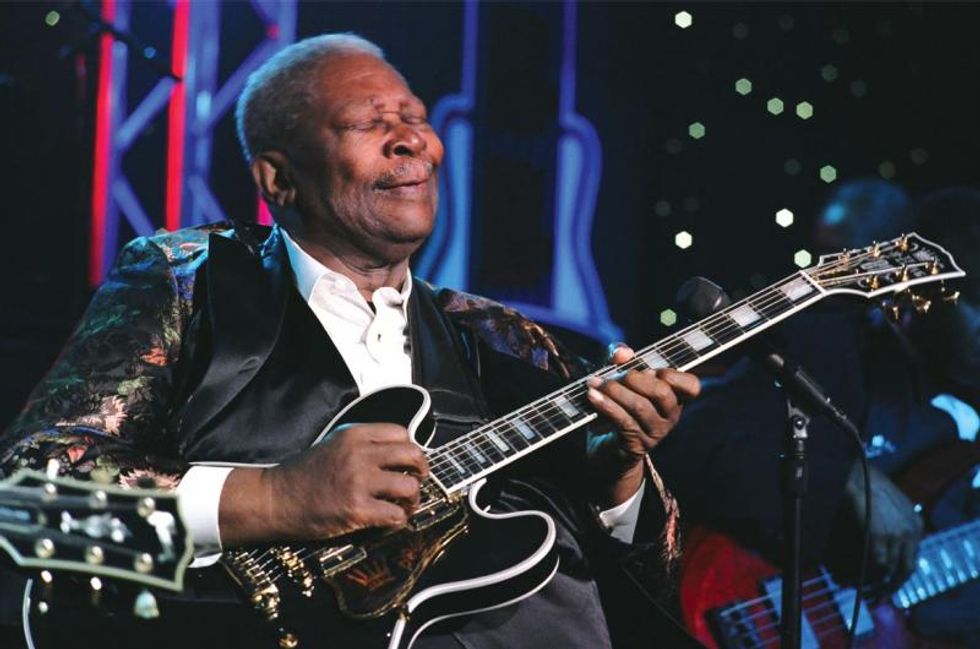 B.B. King at the Russian River Jazz and Blues Festival

When a music festival scores the legendary King of the Blues for its lineup, it’s a good day. It’s a good day for the Russian River Jazz and Blues Festival in Guerneville: B.B. King headlines, joined by Buddy Guy and Kenny “Babyface” Edmonds.

B.B. King has ruled the blues for the last half century, creating the definition of the genre around the world. Rolling Stone magazine gave him the number three slot on its list of the 100 greatest guitarists of all time. His mantel is lined with 15 Grammys and his reputation remains unrivaled by anyone, living or dead.

Pioneer of Chicago’s West Side sound, Buddy Guy has been a major influence on musicians like Jimi Hendrix, Eric Clapton, and Stevie Ray Vaughn. He scored a spot in the Rock and Roll Hall of Fame, six Grammys, and 23 W.C. Handy Blues Awards. He joins the lineup of other worthy musical souls, including Kenny “Babyface” Edmonds, ten time Grammy winner who’s produced chart-toppers for Michael Jackson and Aretha Franklin.

If you'd like to hear legends play down by the river, here's your shot.