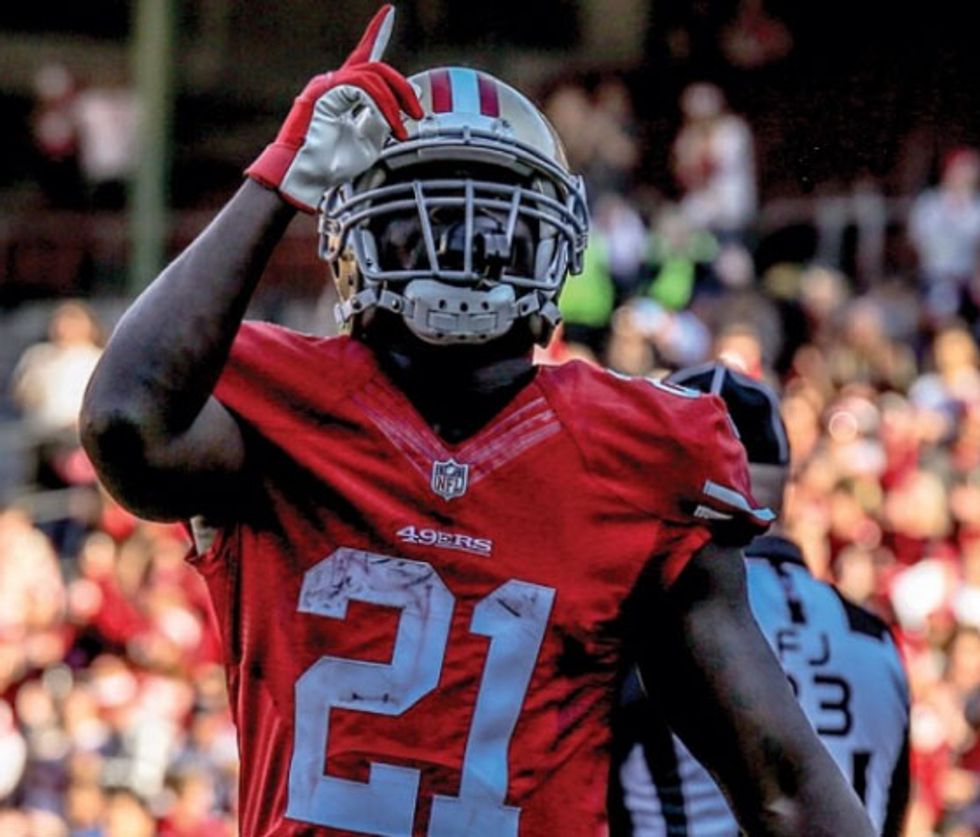 For those 49ers fans who were inching toward the proverbial ledge after consecutive white-knuckle defeats to Carolina and New Orleans, relax, step back, everything is going to be OK.

Sure, Washington and St. Louis aren’t of the playoff-bound caliber of competition, but two resounding, dominant victories in a six-day span are more than enough to re-inspire confidence in a team that was staggering after the aforementioned defeats.

The 49ers clubbed St. Louis 23-13 in a comprehensive performance on Sunday to both keep pace in the NFC playoff picture (they currently are hanging on to the final wild card spot) and build up momentum going into next week’s pivotal showdown with the seemingly unbeatable Seahawks.

Colin Kaepernick, who, after the losing “streak,” was widely questioned, put together his second consecutive Kapernick-like performance, throwing for 275 yards and a touchdown.

Michael Crabtree made his first appearance of the season after suffering a torn Achilles during the offseason. He finished with two catches for 68 yards, including a crucial 60-yard gain on a third down. Crabtree’s presence alone will ease the burden of Vernon Davis and Anquan Boldin.

Speaking of Davis, he spent the afternoon casually jumping over people.

And then there’s the defense. The unit smothered the Rams, only allowing a last-second touchdown when the game was already decided.

“All the pressure, all the high stakes this time of the year, I thought our guys answered the bell on that,” coach Jim Harbaughtold the Associated Press.

Next up is a grudge match against the nemesis Seahawks, a team that humbled the 49ers 29-3 in Seattle on Sept. 15.

Oakland had been making strides in the early season, but as it’s drawn on, it’s more of the same for the seemingly always-struggling Raiders.

In spite of playing with rookie quarterback Matt McGloin, the Raiders were able to take a commanding early lead on a nationally-televised game in Dallas on Thanksgiving. Instead of a statement game and helping keep their fleeting playoff hopes alive, Dallas stormed back and sent the Raiders home with a 31-24 defeat.

The early surge followed by a late layoff continued a troubling theme in 2013 for the Raiders.

According to Bleacher Report, The Raiders have outscored their opponents 86-34 in the first quarter, but have been dominated in the fourth quarter overall, 95-40.

Oakland now sits in last place in the AFC West with a 4-8 record.

What’s that thing they say about payback? It’s a dish best served in the last-second variety?

Two weeks after the Warriors nipped the Oklahoma City Thunder with a game-winning shot as time expired, the favor was returned. Russell Westbrook gathered a loose ball and made a tough, awkwardly angled three-pointer as the buzzer sounded to shock the upstart Warriors in overtime, 113-112.

Watch the video of the bedlam in Oklahoma City here.

Golden State, now 10-8 and in second place in the Pacific Division, rebounded from the heartbreaker to edge local rivals Sacramento 115-113 on Sunday night behind Stephen Curry’s 36-point night.

NEVER near the edge. Ever: @seanswaby