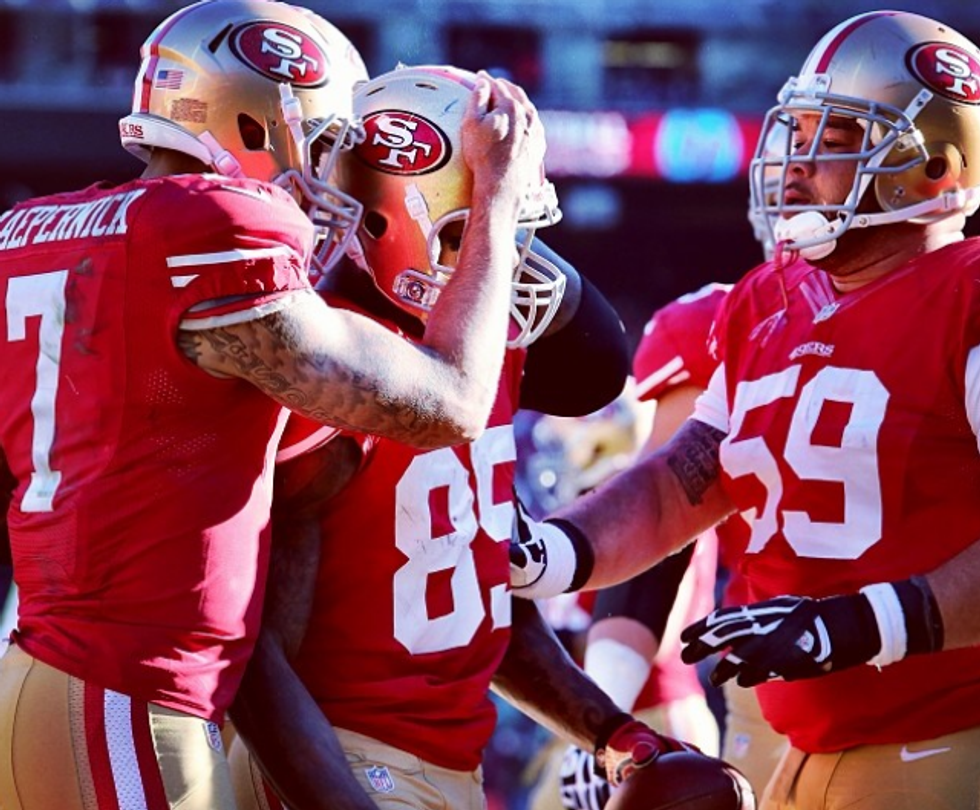 For only the second time this season, someone’s got it better than Seattle.

Hyped as the 49ers’ biggest game of the season, they didn’t disappoint against their hated rivals from the Pacific Northwest, outlasting the seemingly unbeatable Seahawks, 19-17.

The win prevented the Seahawks (11-2) from clinching the NFC West in the Bay Area and the 49ers (9-4) kept pace in a fiercely competitive playoff race in the NFC.

Seattle will still likely go on to win the NFC West, but at least the 49ers showed that, when healthy, their divisional rivals are, in fact, beatable after Seattle blasted the 49ers in their previous two meetings.

This time, the 49ers repaired their Seahawks-related confidence on the heels of a stout defensive performance, heroics from mainstay running back Frank Gore and four field goals from Phil Dawson, including the game-winner with 26 seconds left.

Gore set the stage with the 49ers chasing the lead with six minutes left in the form of a 51-yard scamper. It put the hosts in field goal range and with the ability to milk the rest of the clock so that the prolific Seahawks didn’t get the ball again with ample time to mount a comeback.

The win keeps the 49ers ahead of Arizona (8-5) by a game for the last playoff spot with three games to play.

The smell of roses is becoming a familiar scent on The Farm.

Once an afterthought, the Cardinal are forging themselves as mainstays on the national stage, as they clinched their fourth consecutive BCS bowl appearance after toppling Arizona State 38-14 in Saturday’s Pac-12 Championship Game.

As a result, Stanford (11-2) will feature in the Rose Bowl for a second consecutive season, facing Big Ten champion Michigan State on New Year’s Day.

Tyler Gaffney (three touchdowns, 138 yards) led the charge for the Cardinal, who join Oregon and Alabama as the only three teams to win 10-plus games in the previous three seasons.

In fact, Bleacher Report’s Kyle Kensingbelieves that Stanford is on the verge of building a potential dynasty in the Pac-12.

With Stephen Curry and Klay Thompson pulling the strings for the Warriors, there’s never going to be any shortage of excitement.

First, the Warriors overcame a 27-point third-quarter deficit against the Toronto Raptors en route to a stunning 112-103 victory, which filled Oracle Arena with ecstasy.

In case you missed it, this epic picture pretty much captures up everything.

So there was that. Happiness. And then there was Friday.

The Warriors got off to another auspicious start in Houston, falling behind by 19 (!) points in the first quarter.

Unlike their valiant effort against Toronto, the Warriors muddled through the contest and never challenged the hosts. The end result was a 105-83 defeat, a lot of questions and a lot of momentum.

“We know how much energy is exerted to try to come back from a lead like that, so we don’t want to put ourselves into those positions,” Curry told the San Francisco Chronicle. “I don’t think it’s in the back of anybody’s mind that we have the firepower to do that. We can’t rely on that. I don’t know why that message didn’t take hold.”