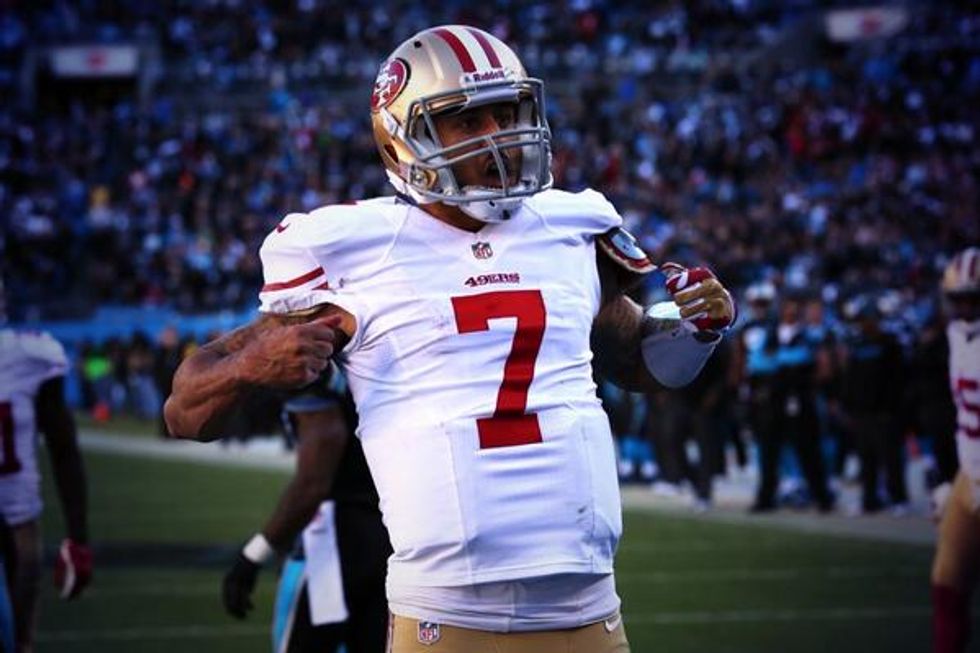 It always seemed inevitable that the 49ers’ quest to reach a second consecutive Super Bowl would go through Seattle.

Now it’s official after the 49ers picked apart the Carolina Panthers 23-10 on Sunday to advance to the NFC Championship, their third in a row.

So, you want to go? Good luck.

The not-so-friendly confines of CenturyLink Field in Seattle are widely thought of to be the most intimidating venue for visiting NFL teams.

The 49ers can attest to this, as they’ve lost their previous two visits there by a combined score of 71-16. But even those who hope to make the trek up north will encounter a consider roadblock: the Seahawks are only selling tickets to buyers with billing addresses in so many states. Unsurprisingly, California is not one of those states.

The toughest venue gets tougher. There are, of course, alternative means of getting your hands on tickets…if you’re willing to pay. As of Sunday evening, the cheapest tickets on Stubhub for Sunday’s 3:30 p.m. kickoff were a cool $461.50.

If the rivalry between Seattle and San Francisco needed to pick up any more steam, it’s got it now.

It is worth noting, though, that Seattle’s plan to limit sales to only a few states (Washington, Oregon, Montana, Alaska, Hawaii, Idaho and Canada’s Alberta and British Columbia) was hatched before it was known that the Seahawks would be playing host to the 49ers.

Today, the Bay Area will scoff at a bizarre ticket policy, but on Sunday a game was played in order for said policy to become relevant.

Colin Kaepernick endured perhaps the worst game of his career the last time he faced the Panthers, a 10-9 defeat at Candlestick Park two months ago. He only threw for 91 yards and looked largely human against the Panthers.

So, yes, there was some faint measure of revenge for him. He also relishes playing against Carolina’s Cam Newton, the first overall draft pick of the 2011 NFL draft, the same year Kaepernick fell into the second round.

When he scored on a third-quarter run, he celebrated by doing Newton’s well-known superman celebration and finished it off with his own standard “Kaepernicking” kiss of the bicep.

He left the gesture up to pretty open interpretation, but he clearly still had a bit of a chip on his shoulder.

“Just a little shoutout,” he told the Associated Press. “I think you know the answer.”

Kaepernick more than doubled his passing output compared to his last performance against Carolina, throwing for 196 yards on 15-of-28 passing.

Anquan Boldin hauled in eight catches for 136 yards. Michael Crabtree, who was so prolific last week in Green Bay, was held in check, but while the Panthers tried to shut down Crabtree, it allowed Boldin to flourish.

Crabtree missed the thrashing in Seattle due to injury.

“That’s the great thing about our team – we have weapons all around,” Boldin told the AP. “You try to take one guy out and you still have two or three guys left who can make big plays.”