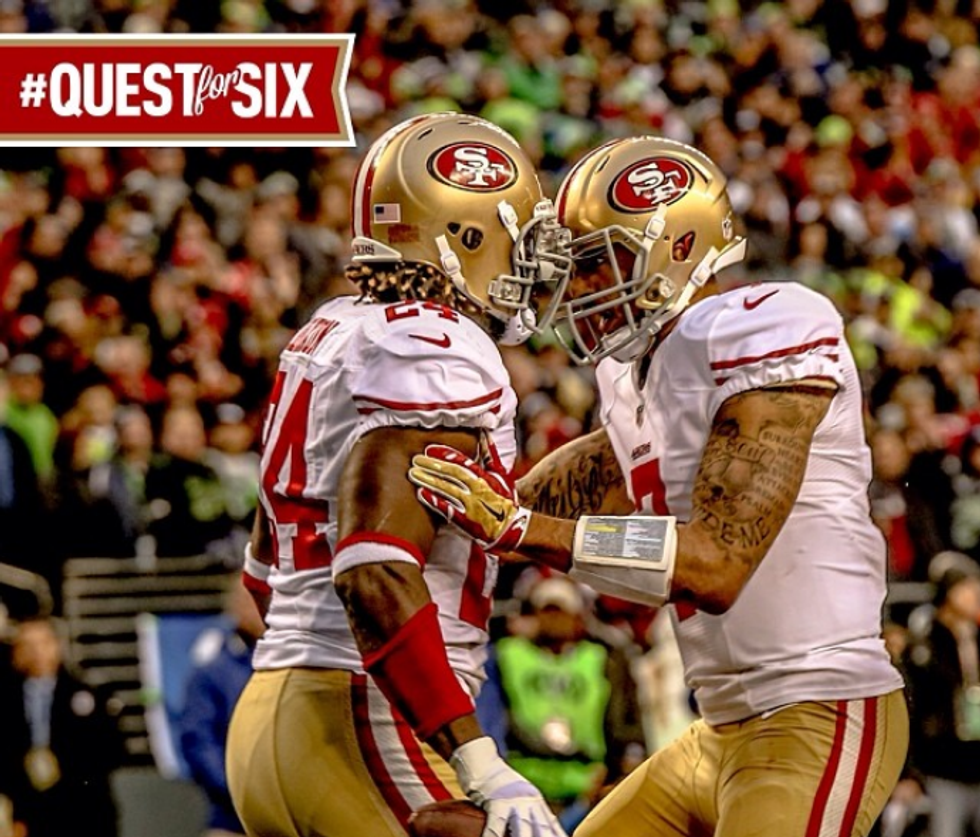 The dream’s over – to Seattle goes the spoils.

After a week of back-and-forth talk between two cities married by their similarities but conflicted as a result of football teams that don’t care for each other, the Seattle Seahawks ended the chatter and are advancing to the Super Bowl.

But let’s be honest, the 49ers could, and probably should, have won in a place that has previously vexed them. San Francisco lost by a combined 55 points in its last two trips to Seattle.

This time around, the 49ers outplayed their hosts in spots, but failed to finish off the resilient Seahawks. They built a 10-point advantage, but also didn’t score in the game’s final 21 minutes, which ultimately led to their demise against a team that ruthlessly capitalized on any of the 49ers’ mistakes.

Colin Kaepernick, who has already etched his name in San Francisco football folklore, turned the ball over three times in the final decisive quarter as Seattle surged toward the Super Bowl.

Kaepernick had burned Seattle early on with his feet, but with the 49ers surging toward a game-winning touchdown with 30 seconds left, his lob directed at Michael Crabtree was tipped by Richard Sherman and intercepted to end the game. Kaepernick finished with 130 yards rushing.

And then the outspoken Sherman went ham on camera at the 49ers’ (and especially Crabtree’s) expense.

So that was that. All the chatter’s over and now Seattle advances to face the Denver Broncos in the Super Bowl.

For what it’s worth for the 49ers, they should return with the majority of a team that has now reached three consecutive NFC championships.

They’ll have to wait another year, though, as they watch their greatest rival play on the main stage.

As if we didn’t already know, the Warriors are going for it. All of it. Their championship aspirations were well-documented after a surprising playoff run last season, but after middling around the Western Conference for much of the season, they put their best foot forward in the trade market to make a statement.

The Warriors bolstered their bench, acquiring guards Jordan Crawford and MarShon Brooks from Boston in a trade that sent Toney Douglas to the Miami Heat.

Star Stephen Curry has been run ragged for the Dubs. The idea is that the additions can spell Curry to keep him fresh.

“We want him to have something in the tank,” coach Mark Jacksontold the San Francisco Chronicle. “He’s always going to say he’s fine, and he’s playing great, but I think it’s important to give him some well-deserved rest. … We’d like to rest Steph a little more, without the fear of blowing ballgames.”

The Warriors (26-16) are currently in sixth place in the Western Conference.