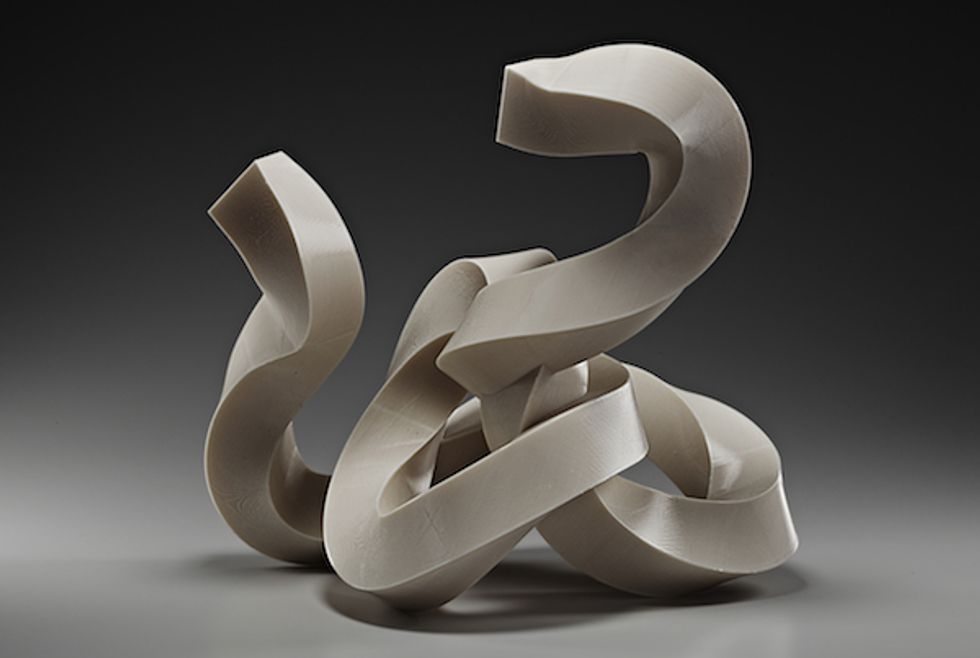 Newfangled 3D printing. It's a big deal. Not only has it raised issues of intellectual property rights — everything from medical tools to Disney figurines to fan-created art, all of which could be reproduced using an Autodesk 3D printer, have raised concern with big corporations) — but it was also a plot point on a recent episode of The Good Wife. If you haven't seen works created by three dimensional printers, now is your chance.

“I’ve always held the belief that fine art is the vision of the artist and not defined by the tool of production,” says Beasley, “Computer modeling and 3D printing give me the ability to make sculptures I could not execute in any other way. The creative impulse remains the same whatever tools an artist uses, but it is liberating and exciting to explore a new vocabulary of shapes—part mechanical, part organic—made possible through innovations in technology.”