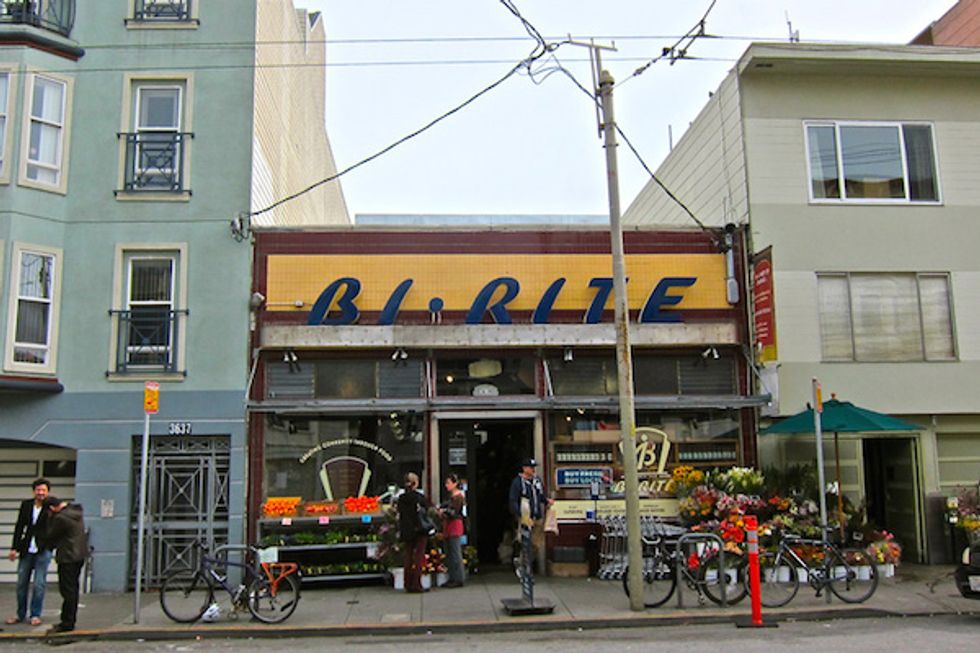 Bi-Rite Named One of the Best Small Companies in America

We all knew Bi-Rite was popular (the ever-present line of Mission hipsters and FiDi suits alike told us that). But did you know it was this popular?

In a recent article, Forbes named Bi-Rite Market among the top 25 Best Small Companies in the United States. According to the magazine, Bi-Rite is "setting the standard for grocery stores that champion locally sourced products grown by small producers." The SF-based market was also recognized for offering all employees, including part-timers, health insurance, a 401(k) with a 4% match, and profit-sharing.

Originally opened in the Mission in 1940, Bi-Rite Market has been in the Mogannam family since 1964. Brothers Jack and Ned ran it for more than two decades until they were forced to sell in 1989. In 1989, Swiss-trained chef Sam Mogannam and his brother Raphael, who had both grown up stocking the shelves at the store as kids, bought the business back in 1997. Since then, they've revolutionized the small family grocery, installing a salmon smoker, a hummus station, and a rooftop beehive, as well as getting rid of the overfished salmon and tuna on the menu.

In 2006, Sam Mogannam opened Bi-Rite Creamery & Bakeshop, a move that grew Bi-Rite's following exponentially thanks to its to-die-for salted caramel flavor ice cream. In 2008, he started a company farm in Sonoma. And then there's the catering arm of the company. All in all, Bi-Rite rakes in $44 million annual revenue. Not bad for a small San Francisco grocery store with just two locations!

Also on the list was New Belgium Brewing, Radio Flyer, and Torch Technologies.