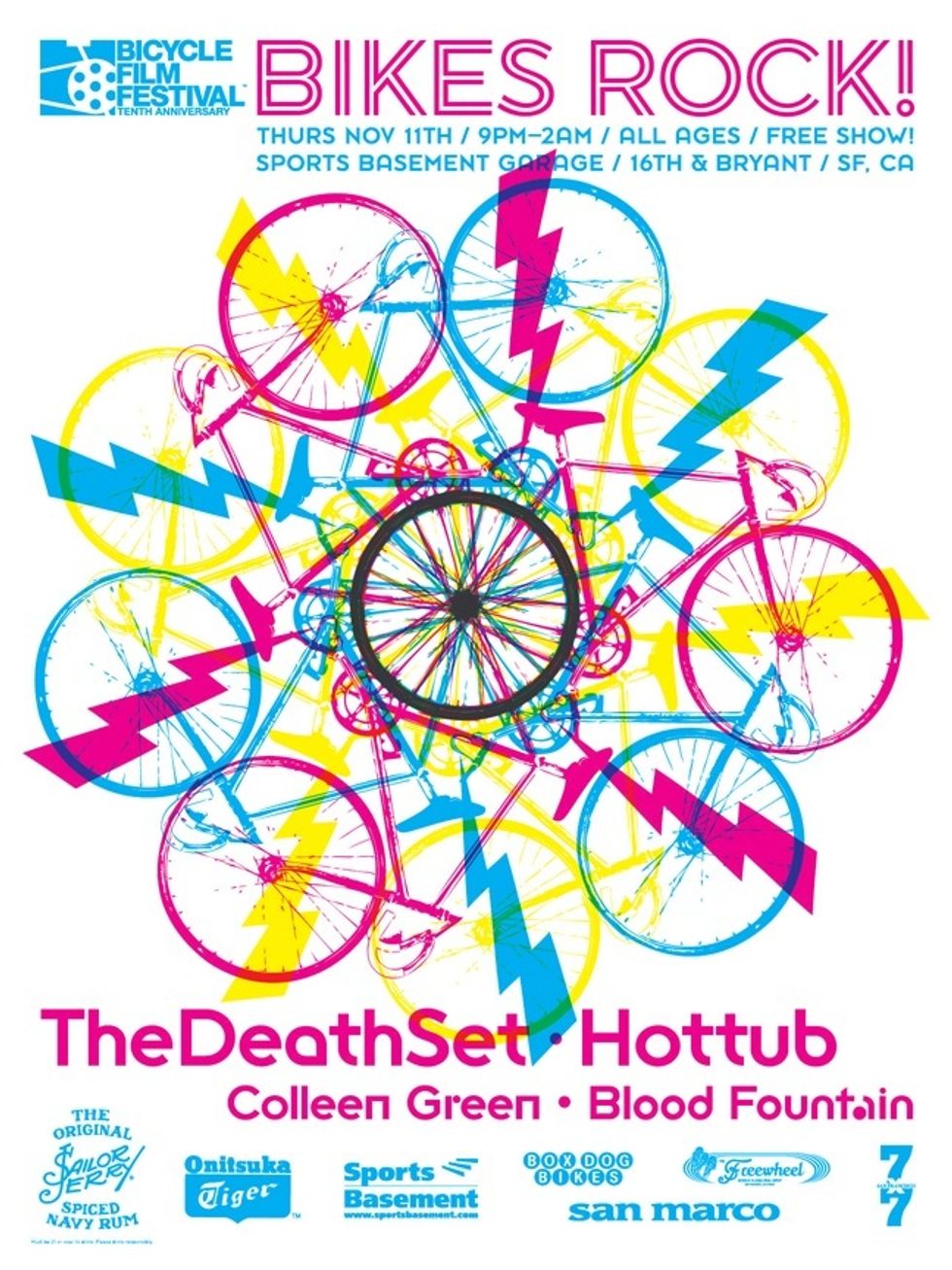 In honor of its 10th anniversary, the Bicycle Film Festival is throwing one heck of a party all over town. Bike fanatics certainly have a lot to celebrate this year, so bring on the movies, music and merrymaking.

Starting Wednesday night at 9 pm, destroy your hump day blues by heading to the Knockout for the free kick-off party featuring DJs from Debaser and more (we didn't tell you this, but you can get Four Loko there).

On Thursday evening at Dolores Park, hop on your trusty two-wheeled steed for a pre-party bike ride with awesome local artist Mike Giant all the way to the Sports Basement on Bryant Street. Then grab some refreshments at the free Bikes Rock show, where the whacked out electro group the Death Set, the Beastie Boys-esque HOTTUB and more will get down. These festivities begin at 9 pm.

Friday is when the films start showing. At Mission Workshop, screen the truly badass film Empire, about the bravado and talent of the NYC fixie-riding scene before getting on your own brakeless bike and riding to Bender's for an afterparty to round out the night.

At the Victoria Theatre on Saturday, view short films about bikes, classic bike films now in the Bike Film Fest's hall of fame, and the feature film The Birth of Big Air, a film co-produced by Spike Jonze and Johnny Knoxville about one of the greatest BMX athletes in the world. Catch an afterparty at 9 pm at the Sports Basement garage, where DJs will spin, BMX and fixie riders will be doing tricks, and you can partake in photobooths and movie projections.

Wrap it all up on Sunday with more bike-centric documentaries at the Victoria Theatre, plus a party at the nexus of the SF bike universe, Zeitgeist. Whew! What a weekend.