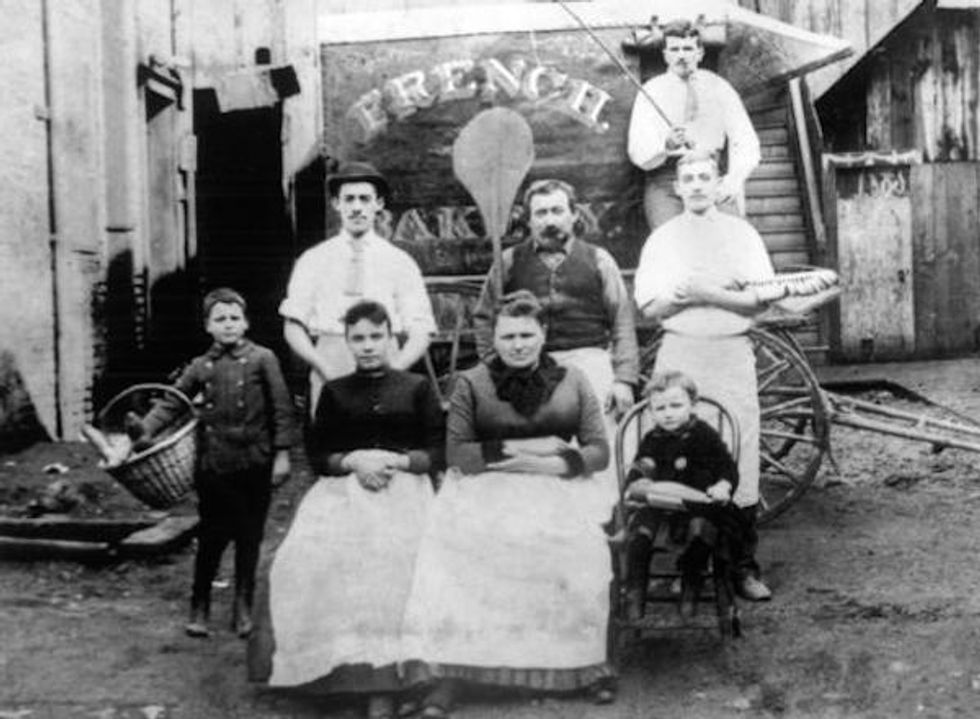 San Francisco has always been a town that rewards good eats and innovation.

The story of SF's oldest continuously operating business is no different.

Boudin Bakery created the "Original San Francisco Sourdough French Bread" in 1849 when a French immigrant named Isidore Boudin moved to the city, ready to capitalize on the Gold Rush boom from the previous year. He set up shop in North Beach on 319 Dupont (now Grant Ave.) and used the traditional European technique of capturing natural yeast found in the air for his "mother dough," the leavening base of sourdough bread. But unlike the mother dough from his native land, Isidore was pleased to find the mother dough created in SF was quite different. Our indigenous yeast and foggy climate produced an exceptional bread: tangy, with a crunchy crust and chewy center that is, to this day, pretty dang addictive.

What's extra cool about mother dough—and especially this mother dough—is that a part of Boudin's original dough has been used in every single loaf of bread made by the company in the last 160 years. It's replenished daily with flour and water, ensuring the survival of the strains of yeast Isidore captured in the 1800s. This hardworking mother dough has seen a lot, including the switch to delivery trucks instead of horse-drawn wagons in 1900 and the fire and earthquake of 1906 where she was saved in a bucket by Louise, Isidore's wife.

Although Boudin's HQ is now on 10th Ave. and no longer in North Beach or 815 Broadway (where they moved in 1890 until the earthquake), you can still get a taste of Boudin at SF's tourist capital, Fisherman's Wharf. We know, the only reason to head over there is at the desperate pleas of out of town guests, but you have to admit the Boudin Flagship store does smell fan-freaking-tastic when you walk by. Can't bear the trip? They still offer home delivery!

This article was originally published in March 2014.