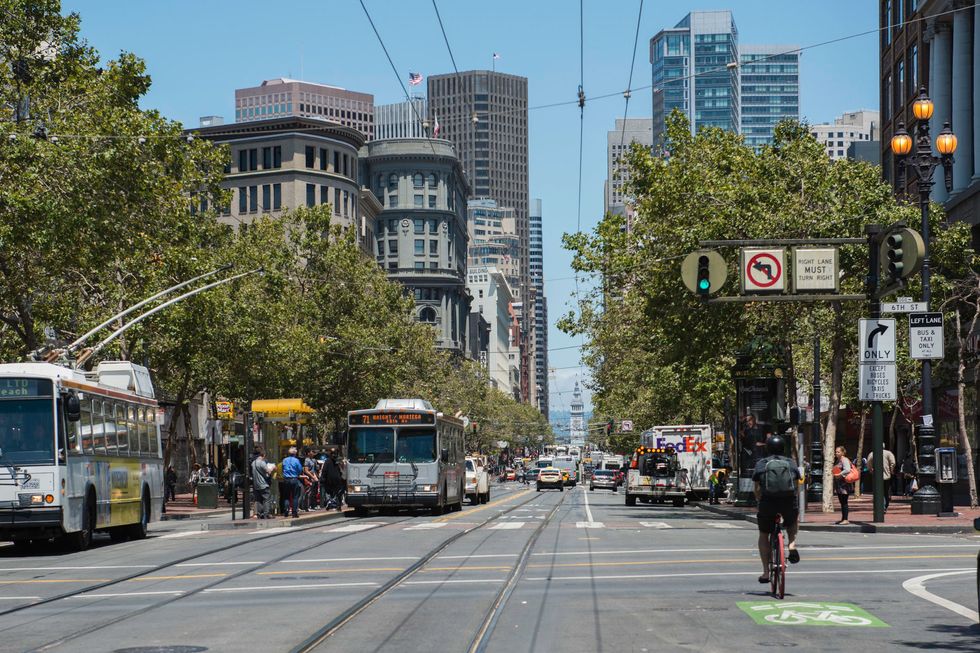 If you thought Dreamforce was bad for traffic, brace yourself for the Super Bowl. The big game at Levi's Stadium is only a few weeks away, and while it brings A-list celebs and free concerts (Alicia Keys!) to the city, drivers will inevitably suffer.

From January 23 to February 12 — almost three whole weeks — street closures will be in effect to accommodate Super Bowl City, a free fan village in front of the Ferry Building and on Market Street, and the NFL Experience, a pro football interactive theme park at the Moscone Center.

Street closures and alternative routes are displayed in the above image released by SFMTA last week. (photo via SFMTA)

And while the SFMTA has set up numerous alternative routes for drivers to navigate the downtown area, the real message seems pretty clear: avoid driving. Period.

For those of you who can't leave your car at home, memorize the following details:

The most significant traffic closure will take place on The Embarcadero in front of the Ferry Building, where the southbound lanes will be closed to vehicles.

At Moscone Center, vehicle traffic will be prohibited on Howard Street from 3rd to 4th Street, as well as some lanes between 4th and 5th Streets.

If you need to drive north or south through the eastern part of the city, SFMTA recommends using Hyde Street, Gough Street, or Van Ness Avenue if possible.

Drivers will be directed to use Battery and First Streets to cross Market Street. Drivers who continue south on The Embarcadero will be forced to turn right at Washington Street to Battery.

Drivers traveling eastbound on Market and Mission Streets will be forced to turn south on First Street, then to Folsom Street to continue east.

Drivers traveling westbound on Howard will be directed to turn left at Second Street, then right on westbound Harrison Street.

Drivers traveling southbound on New Montgomery will be directed to use Hawthorne to westbound Harrison.

Good luck out there!