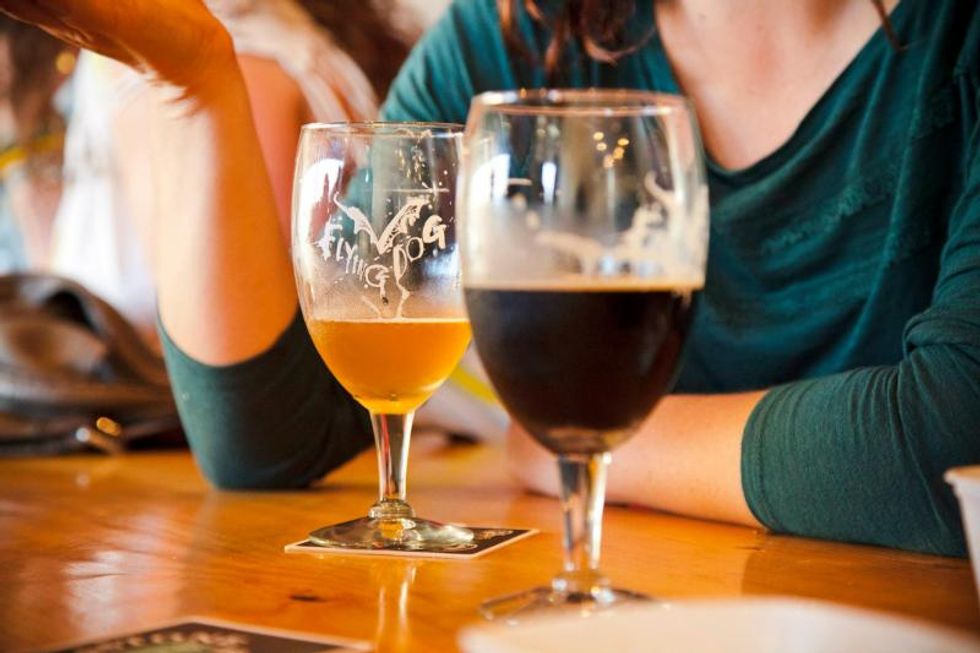 Breweries and Bars to Visit in Santa Cruz

In a beer-filled town like San Francisco, it's easy to stay close to home for all of our brew-related cravings. But there's a big, wide world of beer out there... and we'd be remiss if we didn't do some good old-fashioned exploring now and again.

One of our favorite beer scenes can be found in Santa Cruz, a hop, skip, and a windy road or two away from the city, and bursting at the seams with delicious microbreweries, brewpubs, and beer bars. Sure, you could make it a day trip, but we advise spending a full weekend in this sleepy beach town to get the best of the vibrant beer scene. How to do it right? Cruise down to Capitola (just south of Santa Cruz) and work your way north. Here are our must-stop spots on the way:

Located just south of Santa Cruz off Highway 1, we love Sante Adairius for their creative, decidedly Californian approach to Belgian-inspired beers. From brett-laced saions to seasonal, barrel-aged brews, this is a great spot for tasting well-crafted beers in a laid back, classy atmosphere. // 103 Kennedy Drive, Capitola, rusticales.com

Head north into Santa Cruz proper, and swing by Santa Cruz Ale Works, a microbrewery and tasting room with quality oatmeal stout, IPA, Hefeweizen, and seasonal specialties. Snack on one of their tasty deli sandwiches if you need a little sustenance, too. // 150 Dubois Street, Santa Cruz, santacruzaleworks.com

You'll find Uncommon Brewers on the other side of Highway 1. As the name suggests, expect to find creative, surprising ingredients in their beers. Highlights include a Belgian-style Dubbel brewed with lemongrass and Kaffir lime leaves, an American stong ale aged over fresh redwood branches, and a bacon brown ale. You can (and should) tour and taste the brewery by appointment. // 303 Potrero Street #40, Santa Cruz, uncommonbrewers.com

Take a break from your brewery visits with a stop at one of these two great beer bars (or both) — expect great selections of local brews, plus favorites from further afield. Both are great places for some beer-paired grub, too — Lúpulo's food menu is a touch more refined, while 99 Bottles excels in all of your favorite bar food favorites. // 99 Bottles: 110 Walnut Avenue, Santa Cruz, 99bottles.com; Lúpulo: 233 Cathcart Street, Santa Cruz, lupulosc.com

End your tour at Santa Cruz Mountain Brewing, a delightfully crunchy (in the best way possible) establishment boasting certified organic beer, badass lady brewers, and a laid-back, hang-out-for-hours taproom and beer garden. Oh, they've got great beers, too. Their flagship ales include an excellent stout, porter, and IPA, but we get most excited about their seasonal brews; the recently released chocolate pumpkin porter is brewed with cacao nibs, organic pumpkin, ginger, cinnamon, nutmeg, and vanilla. Bonus: they serve food from the excellent Kelly's French Bakery across the way. // 402 Ingalls Street #27, Santa Cruz, scmbrew.com

Keep the beer love going on your way back home with a stop at Highway 1 Brewing in Pescadero, which opened in 2013. They've got gorgeous ocean views, tasty food, and creative, delicious beer – it's hard to pick a favorite, but you can't miss their Pepper in the Rye, which is spiced up with fresh-cracked peppercorns and heavily hopped with Saaz. // 5720 Cabrillo Highway, Pescadero, highway1brewing.com