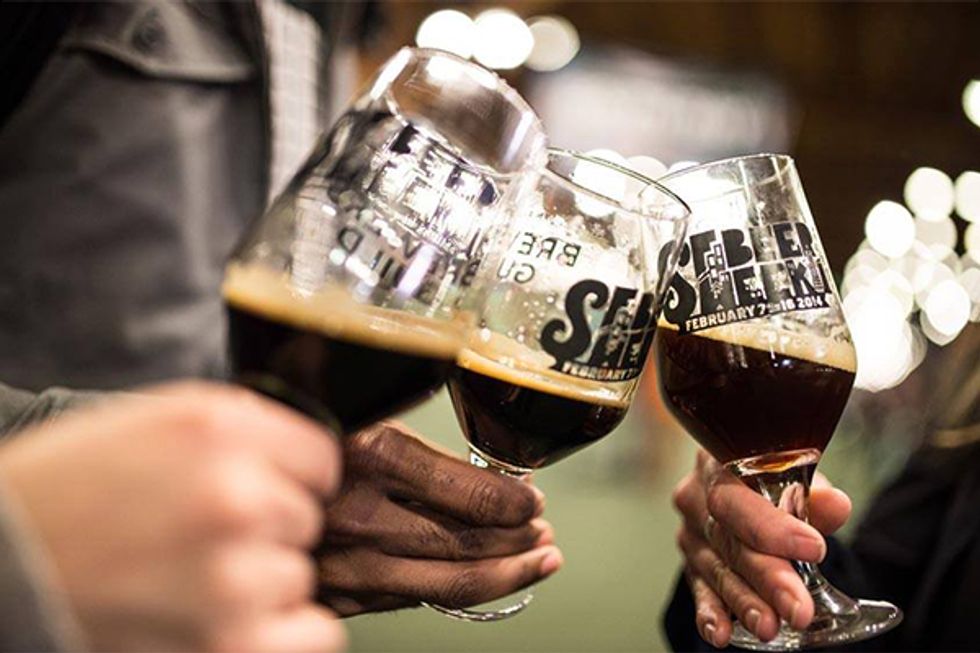 Brian Stechschulte Gives the Inside Scoop on SF Beer Week

San Francisco Beer Week is one of the oldest, largest, and best attended brew celebrations in the nation. From February 6-15, the city will be awash with world class suds, beer-food pairings, tap-takeovers, and a cornucopia of innovative beer-related events.

The event calendar is still being filled in, but it looks like this year’s Beer Week is on track to be the largest yet with more than 600 events scheduled throughout 10 days. To help you navigate through the liver-crippling list, we asked Brian Stechschulte, Executive Director for the SF Guild and the man behind the event, for his recommendations.

The opening gala for Beer Week is the top beer-related event of the year. Since it moved to Fort Mason, did you have more space to add breweries?

Yes, there will now be 82 breweries in attendance at the (sold out) Gala.

Each year members of the SF Brewers Guild collaborate on a special beer that is served at several events during Beer Week; can you describe the one for this year?

This year’s San Francisco Brewers Guild collaboration brew was created at Fort Point Beer Company and named Swept by Fire. The hoppy, smoked pale ale is a tribute to San Francisco’s brewing industry in 1906, which was decimated by the great earthquake and fire. The beer was brewed with smoked beachwood malt and charred almond wood, that were roasted at the brewery. It’s balanced with hop flavors and aromas that evoke tropical fruit, citrus, and candy.

San Francisco is considered one of the top craft beer cities in the country. Have you noticed any trends for this year’s events that might indicate where the industry is headed?

There seems to be more of a focus on serving rare, barrel-aged sours and new releases. These are the events that tend to get the most attention from beer geeks and I think more and more venues are learning by example.

I hate to ask, but since you are more familiar than anyone with the events, can you recommend a few of your favorites?

After perusing the events Stechschulte will be attending, use SF Beer Week’s Facebook page to post your own itinerary. Beer events are more fun with a group, so let your friends know where you will be.