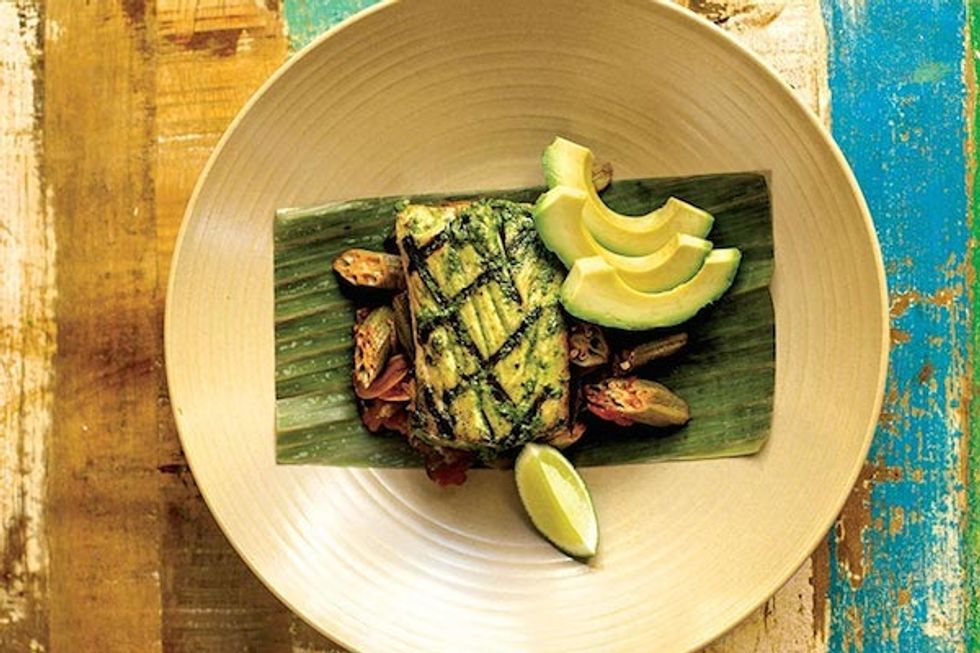 Upon returning to San Francisco from a jaunt to the East Coast, the distinct lack of Caribbean cuisine may have you down, mon. Compared with New York, SF’s island offerings have been historically scant, a notable paucity in our gastro-nomically rich and diverse city. Back east, there seems to be a joint slinging Jamaican curries, Cubano sandwiches, or gallo pinto on every corner.

But with the recent opening of Palm House (Marina) and the rise of Kingston 11 in uptown Oakland, it seems the Bay Area is developing a unique take on Caribbean food, one that pays homage to traditional dishes and flavors with an approach that’s quintessentially us.

“At Palm House, the food is a hybrid of ideas and places that evoke the tropics,” says Gayle Pirie, the Marina spot’s consulting chef. “Of course, we are in SF, ground zero for quality ingredients, so we can weave in all that goodness.”

Palm House and Kingston 11 both showcase seasonal, local, organic produce and meats in such island-inspired dishes as Trinidad-style grilled prawns with coconut curry sauce (Palm House) and roasted Escoveitch salmon with peppers and onions (Kingston 11). Both have well-developed cocktail programs, too: Palm House’s punch bowls are potent, and the house-made ginger beer at Kingston has some serious kick. While the eateries are destination-worthy for their food and drink alone, they also aim to be gathering places for their neighborhoods, recreating the Caribbean’s good-time vibes with Red Stripe–fueled live music nights, local artists, and rollicking sports- viewing parties.

But they aren’t the first of the Bay Area’s island offerings—these two join such institutions as Miss Ollie’s(Oakland), beloved for its crisp and juicy fried chicken; Primo Patio(SoMa), where people flock for jerk chicken sandwiches; and Back A Yard on the Peninsula (San Jose, Menlo Park), where the fried plantains deserve their own fan club. Lucky for us, there’s no such thing as too many island escapes—just don’t risk castoff status by forgetting to put de lime in de coconut.