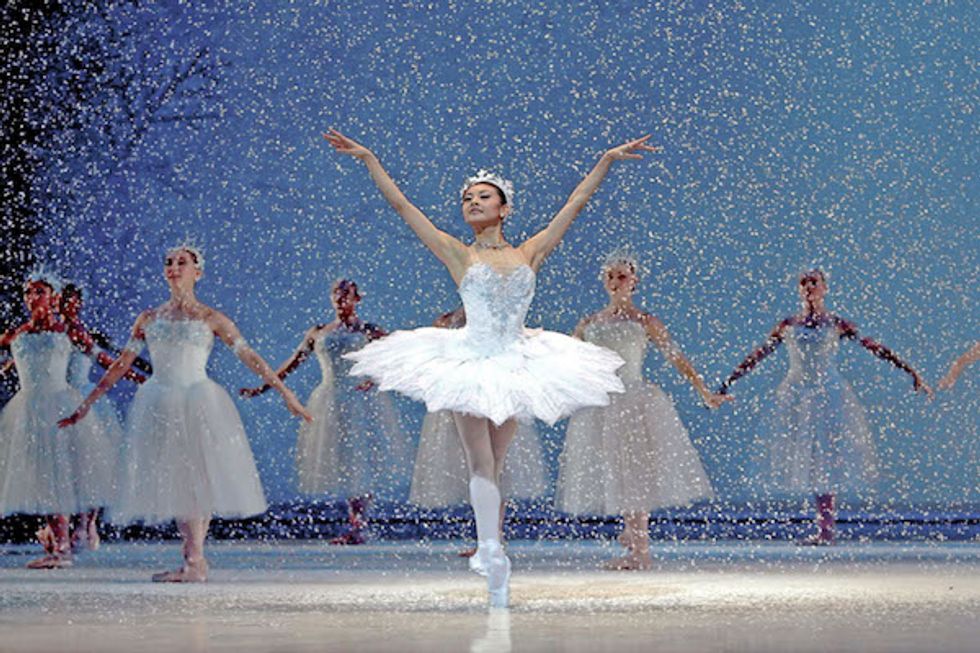 Check Out These Classic Holiday Events in San Francisco

Regardless of whether you're having trouble getting into the holiday spirit or if you've been looking forward to this month all year, these theatrical performances, light shows, holidays festivals, and more are sure to put you in a good mood.

The American Conservatory Theater is putting together one of the most well-known Christmas stories of all time. Catch Charles Dickens’ A Christmas Carol live on stage from December 4th - December 27th at A.C.T.’s Geary Theater. Hurry, though! Tickets sell out quickly. // December 4th-27th; 415 Geary St; act-sf.org

A Christmas Story: The Musical

If you own a TV, chances are you’ve watched the endless marathon of A Christmas Story on TNT and TBS during Christmas Eve. Now you can watch your favorite characters - and leg lamp - live on stage for this musical adaptation. The show runs from December 9 - December 13 at the SHN Orpheum Theatre. // December 9th-13th; 1192 Market St; shnsf.com/online

During the entire month of December, the San Francisco Symphony will be presenting a variety of holiday shows for adults and the family. Stop by for A Charlie Brown Christmas: Live with Jodi Benson (the voice of Ariel from Disney’s The Little Mermaid), or enjoy your favorite holiday songs performed by Mariachi Sol de Mexico. If you’re looking for a jazzy way to spend your New Year’s Eve, Family Guy and American Dad! creator Seth MacFarlane will be performing Broadway and jazz favorites. Seriously. // Thursday, Dec. 31st; 8pm; Davies Symphony Hall (Grove St between Van Ness and Franklin); sfsymphony.org/Buy-Tickets/

Step into the vibrant world of Charles Dickens, filled with colorful characters from literature and history. Through December 20th guests can enjoy food, drinks, musical performances, shopping, and much more at the Cow Palace in Daly City. Don’t be a Scrooge this holiday season and take the entire family. // November 21st - December 20th; 2600 Geneva Ave, Daly City; dickensfair.com

‘Tis the Season for Science

From now through January 3rd, the Academy of Sciences will be transformed into a holiday winter wonderland! The entire facility will be filled with snow flurries, caroling, festive programs, and its famous reindeer duo, Frosty and Holiday. With purchase of Academy tickets, you can also enjoy free live performance such as the famous Tap Dancing Christmas Trees and more! Guests will also learn how reindeers adapt to cold weather and how snowflakes are made from inside a giant snowman. // November 25th, 2015 - January 3rd, 2016; 55 Music Concourse Drive; calacademy.org

You’ve heard of a street parade, but what about a boat parade? On Friday, December 11th, the Fisherman’s Wharf Community Benefit District and the St. Francis Yacht Club will join together to bring back a tradition since 1994. More than 60 boats decorated with lights and holiday decor will parade along the waterfront of Fisherman’s Wharf. Whether rain or shine, the show will go on! // Friday, Dec. 11th; 6pm-8pm; Fisherman's Wharf; visitfishermanswharf.com

The Winter Walk is a holiday pop-up plaza in the heart of Union Square. Throughout the month of December, the walk will hold plenty of events for everyone. Enjoy music from ukulele jazz musician Cynthia Lin, and performances by Velocity Circus. People can also enjoy tasty treats from Off the Grid and Philz Coffee food trucks while thinking about adopting a kitten or puppy from the SFSPCA’s Holiday Windows. Don’t forget to take a selfie with Snoopy! Your favorite beagle will make a special appearance December 11 & 18. // November 27th, 2015 - January 1st, 2016; 120 Stockton St; visitunionsquaresf.com/winterwalksf

Throughout the entire month of December, Union Street will turn into a winter extravaganza! On December 5th, Union Street will kick off its annual Fantasy of Lights celebration with art, decorations, music, photos with Santa, and free horse carriage rides. For one week, December 5 - 13, merchants will be hiding a toy elf within their stores for the Great Union Street Holiday Elf Hunt. If found, participants can be entered to win prizes from select stores. Also, the public is invited to join in on the Caroling Stroll down Union Street on December 19. // December 5th-13th; Union Street; sresproductions.com/events