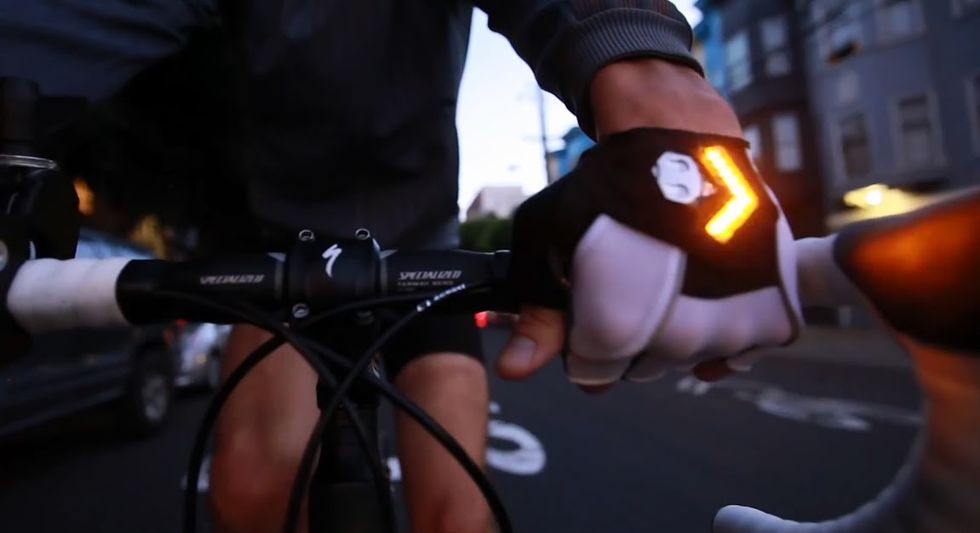 Bike light technology has come a long way in the last few years, and tech-centric San Francisco is leading the way. Revolights reinvented the bike wheel with spinning lights visible from all sides, and now local company Zackees is breaking into the market with the Turn-Signal Bike Gloves.

Local engineer and ex-Googler, Zach Vorhies, dreamt up the idea for these gloves after playing around with wearable lights at Burning Man—how San Francisco is that story?

Like Revolights, the Turn Signal Bike Gloves rely on car design applied to bike gear. Bikes don’t have any turn lights, so riders rely on a series of awkward hand movements, voice alerts and ringing of bells to let those around them know that they’re turning. At night, this can be especially unsafe. That’s where these gloves come in.

Vorhies isn’t the first bicyclist to think of turn signal gloves, but he is the first one to actually create such a sleak and functional product. Vorhies teamed up with a Robotics expert to create the technology, and he’s spent the last few years perfecting the gloves. To turn on the signals, you just touch your thumb to the metal rivet and activate the high-powered LED lights.

If you want to pick up a pair of the gloves, head over to Zackees’ Kickstarter page. Gloves will retail for over $100 but you can snag a set for $69.